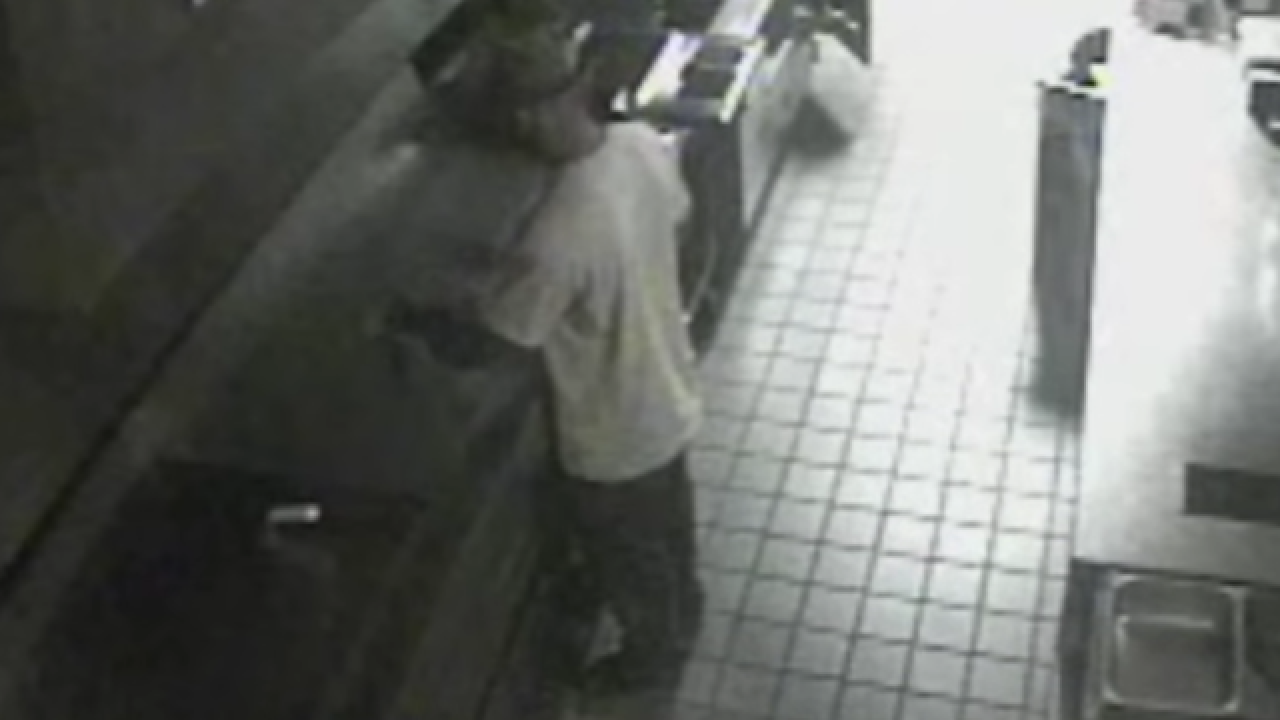 Washington, DC police are seeking a burger bandit that broke into a Five Guys restaurant last month to cook himself a snack.

Washington City Paper reports that the suspect followed a delivery man into the restaurant between 3 a.m. and 5 a.m. on March 18 — possibly after a long night of St. Patrick's Day celebrations.

Security footage shows a man in a fedora helping himself to a soda while cooking two cheeseburgers before leaving the store. From the looks of it, the man apparently didn’t take advantage of the unlimited toppings and an order of fries that come with every Five Guys burger.

Other than the sandwiches and the soda, the only thing taken from the restaurant was a bottle of water.

While the man is still at large, police have classified the incident as “Burglary II,” which carries a maximum sentence of 15 years in prison.