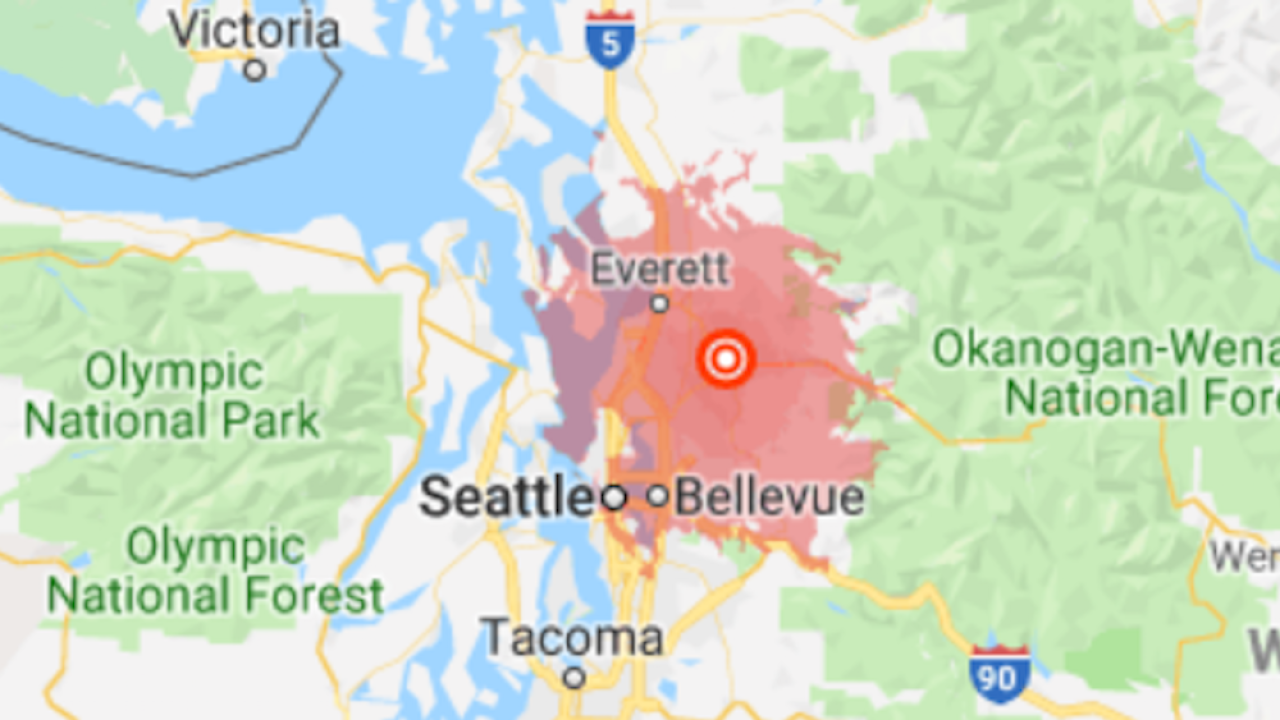 There were no immediate reports of injuries.

CBS News reports that the earthquake was the largest in the Seattle area since a 6.1 earthquake in February 2001.

The Seattle earthquake occurred the same day as a 4.9 magnitude earthquake was measured in southern California.