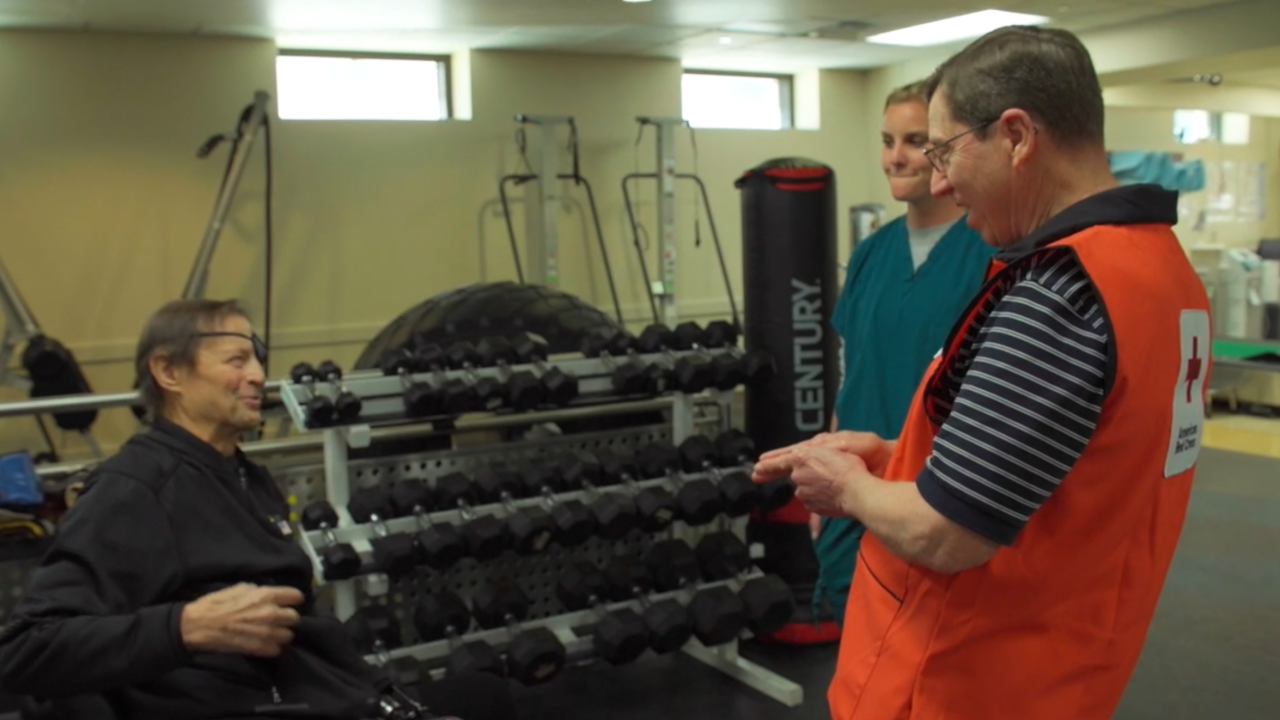 Lending a helping hand is what Stephen Peth loves to do.

Peth spends a lot of his time in the rehabilitation unit at Walter Reed National Military Medical Center in Bethesda, Maryland, helping wounded warriors get back on their feet.

"The job is basically to do whatever we can to help the therapist," Peth explains.

At 72 years old, Peth couldn't imagine any other way to spend his time.

“I could be out on a golf course doing something for me, but to be here and be working for these wonderful service people that are here for a variety of reasons, to me, that’s inspirational,” he says.

Peth says he’s inspired by all the patients he sees, because, he too, was once a warrior wounded in combat.

"This is the boot that I was wearing the day that I got shot," he says.

In 1967, 11 months into his tour during the Vietnam War, Peth, an army rescue helicopter pilot, was attacked by gunfire.

That dangerous mission earned him one of the highest awards of valor.

"Gen. Craton Abrams came out and pinned a Silver Star on me," he says.

His award and scars serve as reminders that he was once where these war heroes are now, compelling him find a way to serve his country once more.