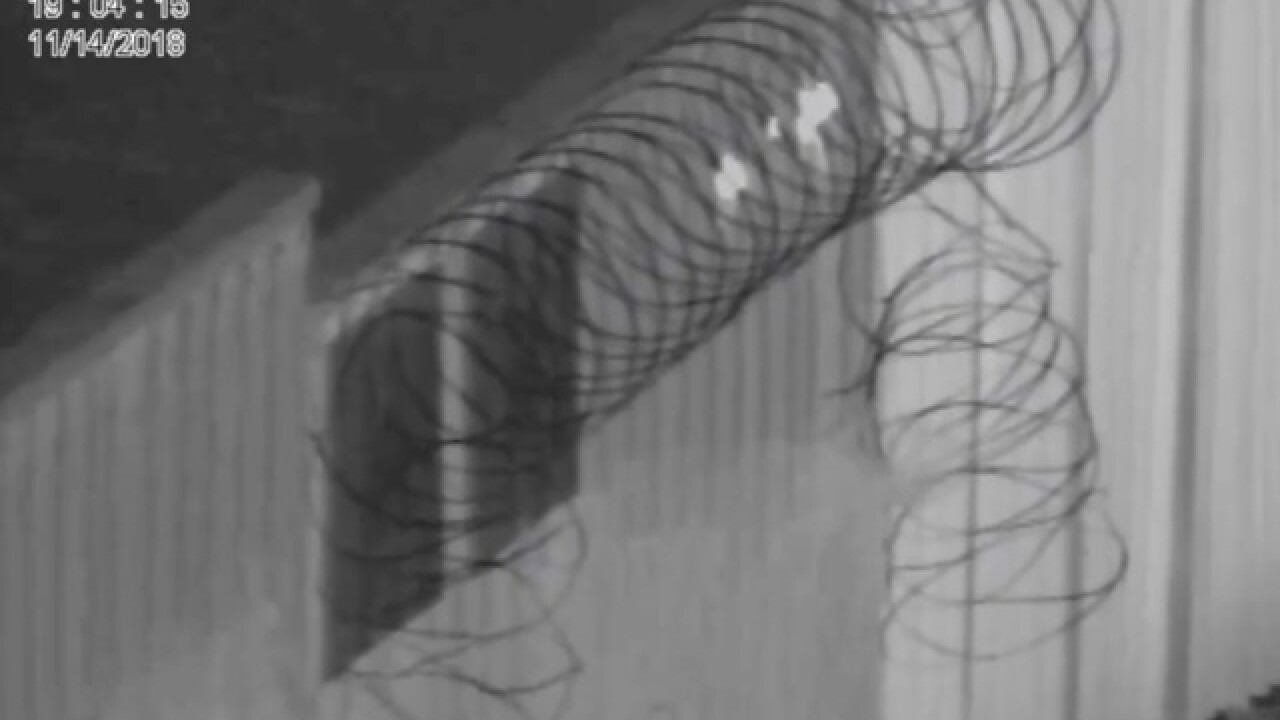 Copyright 2018 Scripps Media, Inc. All rights reserved. This material may not be published, broadcast, rewritten, or redistributed.
Customs and Border Protection

The video was recorded by U.S. Border Patrol cameras placed near Border Field State Park in Imperial Beach, opposite from where migrants have been gathering as more members of the Central American caravan arrive in Tijuana.

There was no word on whether the incident captured on video led to an arrest.

“All seeking to enter the U.S. are urged to do so at one of more than 320 official U.S. Ports of Entry,” Customs and Border Protection officials wrote in the tweet.

Footage from a #USBP thermal camera captures multiple men climbing the border barrier near Imperial Beach and destroying recently installed concertina wire. All seeking to enter the U.S. are urged to do so at one of more than 320 official U.S. Ports of Entry. #CBP #bordersecurity pic.twitter.com/1IoSjiFoBt

Earlier this week, migrants climbed the fence without setting foot on U.S. soil, a move which could have led to detention.

U.S. Marines and soldiers, who arrived in San Diego County at the start of November, reinforced the top of the fence to prevent repeat action. The fence is now covered with concertina wire, which is barbed wire named for an accordion-style instrument because it can be coiled and expanded.

Meanwhile, construction crews worked to reinforce fencing and other anti-climbing measures in an area behind the Las Americas Premium Outlets at 4211 Camino De La Plaza -- about a quarter-mile from the San Ysidro Port of Entry.

Officials noted that the work was part of a project that began in June to replace 14 miles of aging fencing and not related to the migrant caravan.