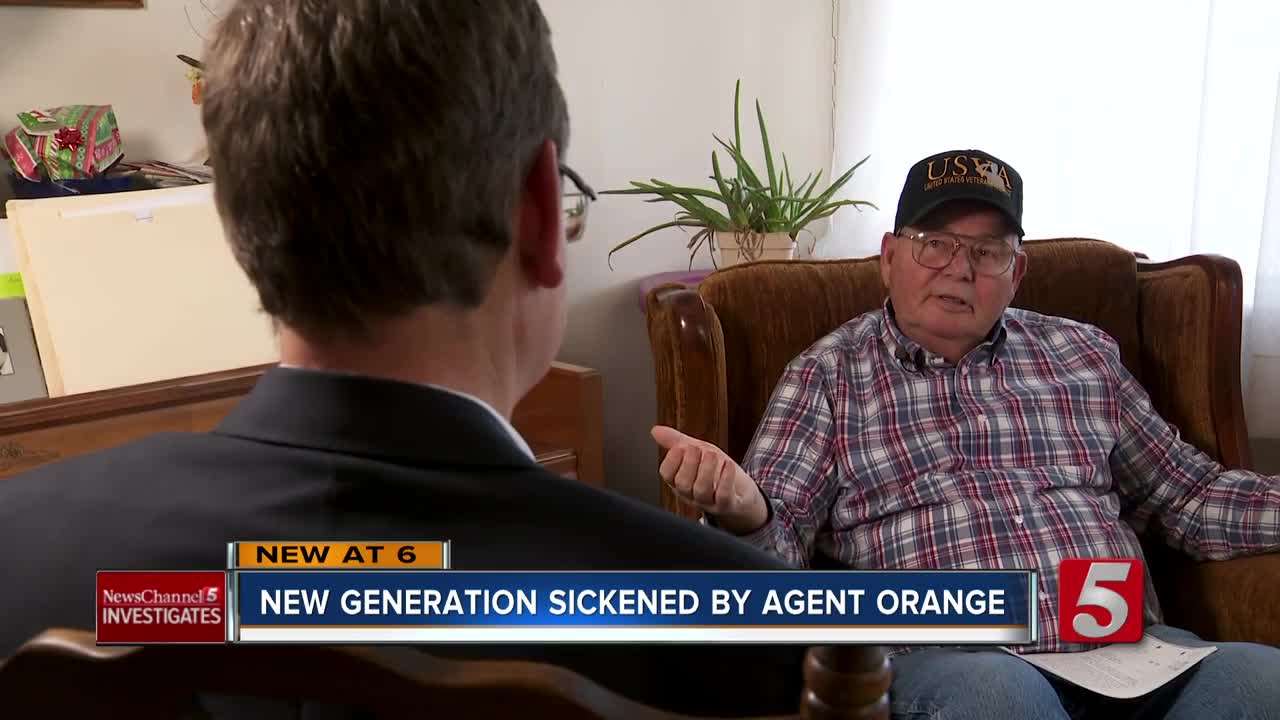 Vietnam era veteran who became the first to prove to the government he was exposed to Agent Orange inside the United States, now fights for his daughter to get benefits. 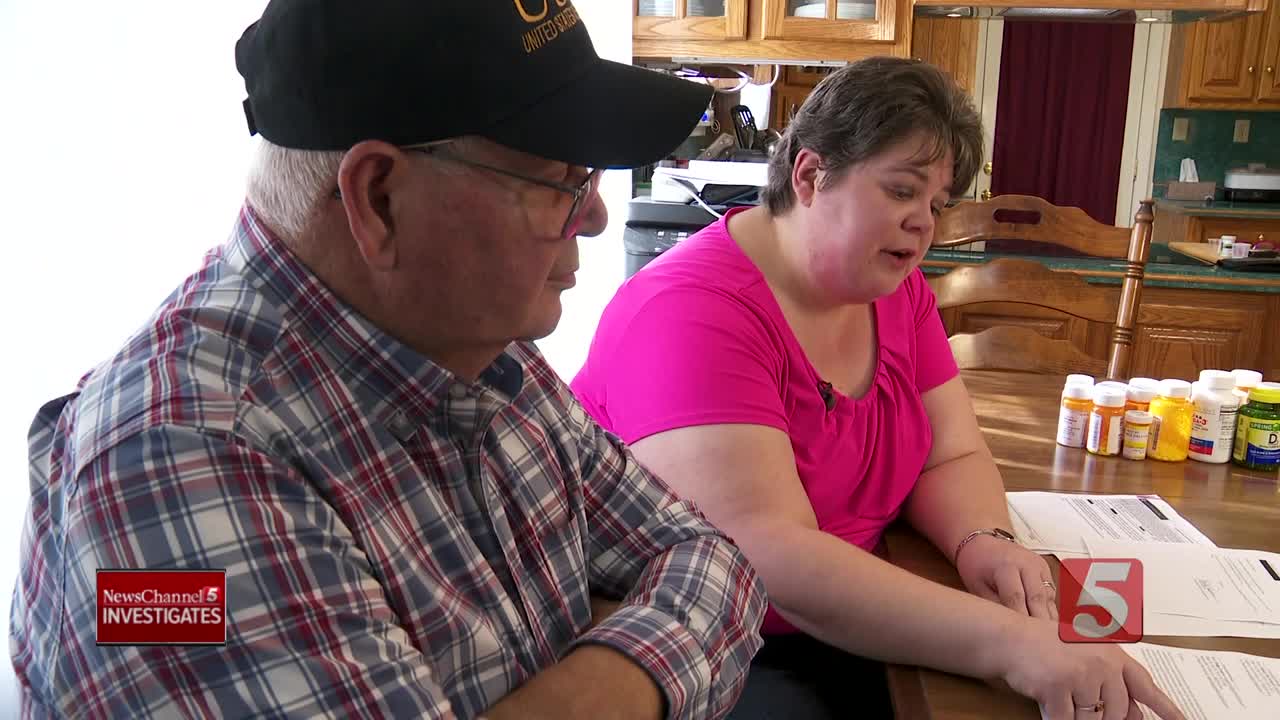 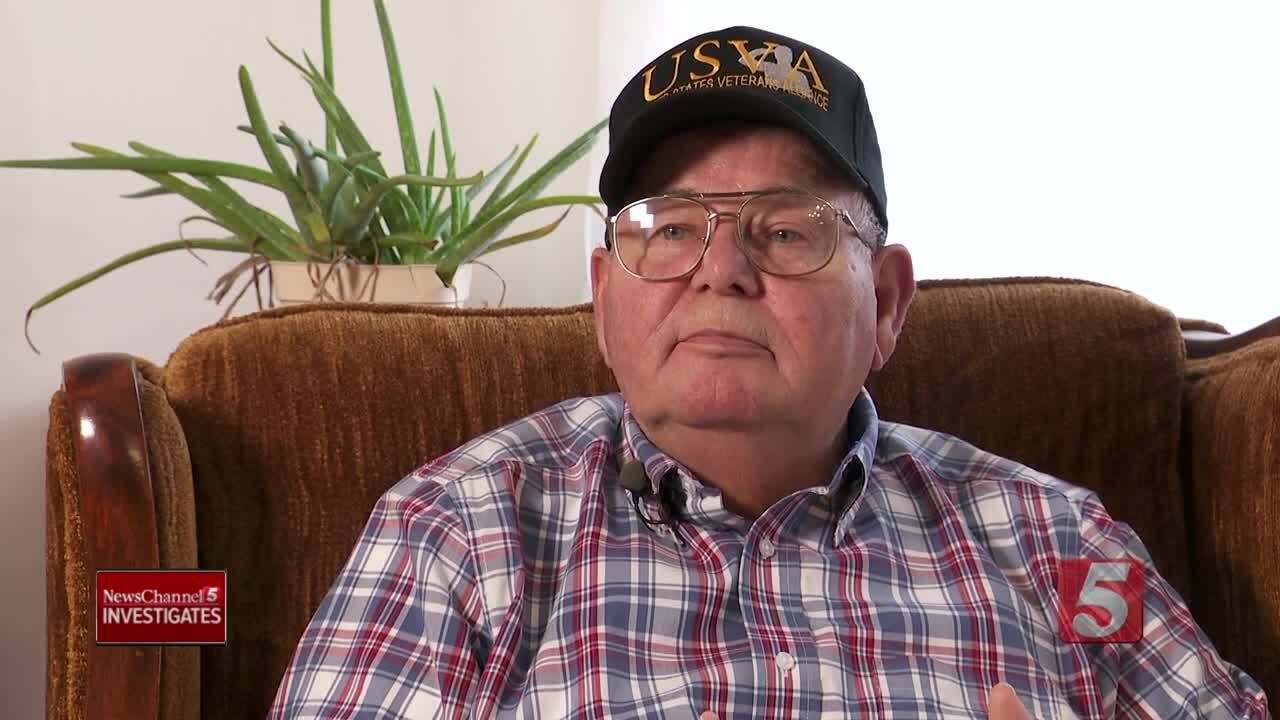 EDITOR'S NOTE: WMAR-2 News is committed to improving the lives of Veterans in Maryland by giving light to their stories, struggles and triumphs. If you were impacted by agent orange exposure or have other Voice For Veterans stories you want to share, email us at storyideas@wmar.com. See more ‘Voice for Veterans' stories here.

NASHVILLE, Tenn. -- It's one of the dark chapters of the Vietnam war. The military sprayed Agent Orange, a toxic herbicide, on the dense jungles of Vietnam. The millions of gallons quickly killed plants, but it also sickened those who came in contact with it, including a generation of soldiers.

WTVF first interviewed James Cripps back in 2008, as he was fighting to get medical benefits from the Department of Veterans Affairs (VA) for his exposure to Agent Orange. His case was remarkable because he never set foot in Vietnam.

"This is 1971 when I got out of the army you can see all the marks on my face and my neck," Cripps said as he pointed to an old picture.

After WTVF's interview and years of fighting with the VA, he became the first veteran to prove he was exposed to Agent Orange while serving inside the United States. He was exposed at Fort Gordon, Georgia, where he worked as a game warden. He said the government denied his claim for years.

"They pointed their finger at me and said, 'Mr. Cripps we have never, ever used Agent Orange inside the continental United States,'" Cripps said in an interview this year.

Despite the initial denials, he now receives full medical benefits which help pay for the pills that keep him alive.

"I won the claim because I didn't sleep. I was in there doing research all night long, every night. I couldn't let it rest," Cripps said.

But he now faces a new battle. His daughter has a rare blood disorder that has almost killed her.

"Every day I worry, am I going to relapse? I try not to let fear rule my life. I try to go on as if nothing is wrong," Mandy Plemons said.

Doctors diagnosed her with Thrombotic Thrombocytopenia Purpura (TTP). It causes blood clots that block oxygen to her organs and it leaves no platelets in her blood stream to clot if she's injured.

There is no cure, and while she is in remission now, doctors say she could relapse anytime.

Letters from her doctors tie her condition to Agent Orange.

One states: "it is as least as likely as not" her "TTP is a direct result of her exposure to Agent Orange due to her father's military service."

"When you come back to the source of the problem, it's me. The day I signed to enlist," Cripps said. "I got to blame myself."

Now, Plemons and her father have filed a ground breaking claim with the VA that could open the door for a new generation of people to get VA benefits because of their father's exposure to Agent Orange.

"I'm not looking for a big fat check from the government. That's not it. I want to know that my medical expenses are covered if it's due to my father's exposure to Agent Orange," Plemons said.

She's not alone. There is an entire Facebook group called "Children of Vietnam Veterans with Agent Orange." Currently, the VA covers children born with spina bifida if either parent served in Vietnam. It also covers some other birth defects if a child's mother served in Vietnam, but many conditions caused by a father's exposure like Mandy Plemons' are not recognized.

The VA said in an e-mail that it currently provides benefits to 1,181 children of Vietnam veterans. Most of those children have spina bifida.

The VA also sent this statement:

"While VA continues to fund assistance programs for spina bifida in the children of Vietnam Veterans, and programs for certain birth defects in the children of female Vietnam Veterans; two Health and Medicine Division (of the National Academy of Sciences) reports, Veterans and Agent Orange: Update 11 (2018) and Veterans and Agent Orange: Update 2014, have not found evidence of an association of birth defects, including spina bifida, to the parents’ potential exposure to Agent Orange or other herbicides sprayed for tactical usage in Vietnam."

"We just want the VA to recognize it, to admit it first, then recognize it and then allow us to start providing our claims on a case by case basis," Plemons said.

Plemons first filed in 2016, but nearly four years later she says she has not heard back from the VA about her claim.

"We knew they would give us stall tactics. They would say I did not have the right documentation or just flat out deny it," Plemons said.

Cripps believes his claim and many others were delayed or denied because of the cost.

"When you have a war there's a price for that war," Cripps said.

He is worried about the personal cost for his daughter and her family.

"Someday if she relapses she could lose everything, her home, her job," Cripps said.

Now, she is following her father's lead and digging in for a fight with the VA for benefits.

"I learned from the best, you don't give up. You keep going until you're not on this earth to fight any more or until you get them to admit you are correct," Plemons said.

This story was originally published by Ben Hall at WTVF.