US sailor killed in accident aboard aircraft carrier 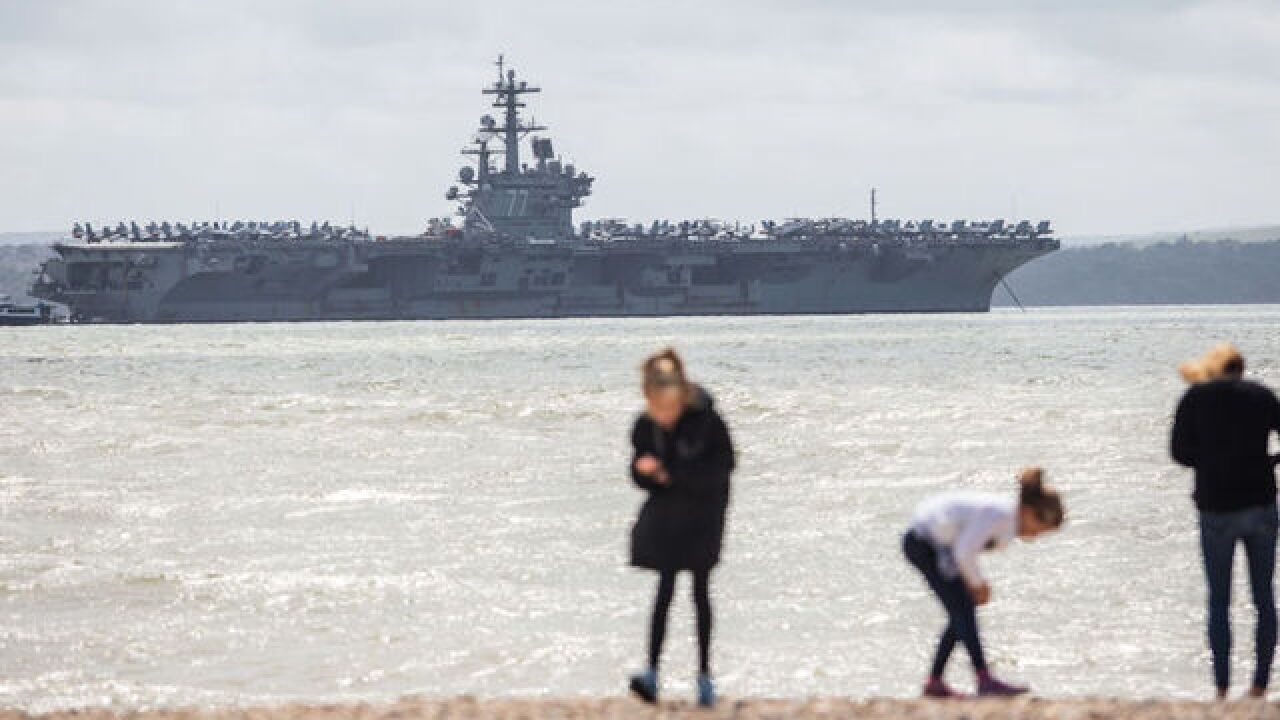 Copyright 2018 Scripps Media, Inc. All rights reserved. This material may not be published, broadcast, rewritten, or redistributed.
Jack Taylor
PORTSMOUTH, ENGLAND - JULY 27: A group play on the beach as US Navy Nimitz-class aircraft carrier USS George H.W. Bush is anchored off the coast on July 27, 2017 in Portsmouth, England. The 100,000 ton ship dropped anchor in the Solent this morning ahead of Exercise Saxon Warrior 2017, a training exercise between the UK and USA. (Photo by Jack Taylor/Getty Images)

A US Navy sailor was killed aboard the USS George H.W. Bush aircraft carrier on Monday afternoon, according to a statement from the Navy. The sailor was killed in an accident on the flight deck and the incident is currently under investigation.

The George H.W. Bush was at sea for carrier qualification training.

The Navy statement said, "a Sailor assigned to the aircraft carrier USS George H.W. Bush (CVN 77) was killed in a mishap on the flight deck. No other Sailors were hurt. The cause of the mishap is currently under investigation."

The name of the deceased sailor will not be released until 24-hours after the family has been notified.