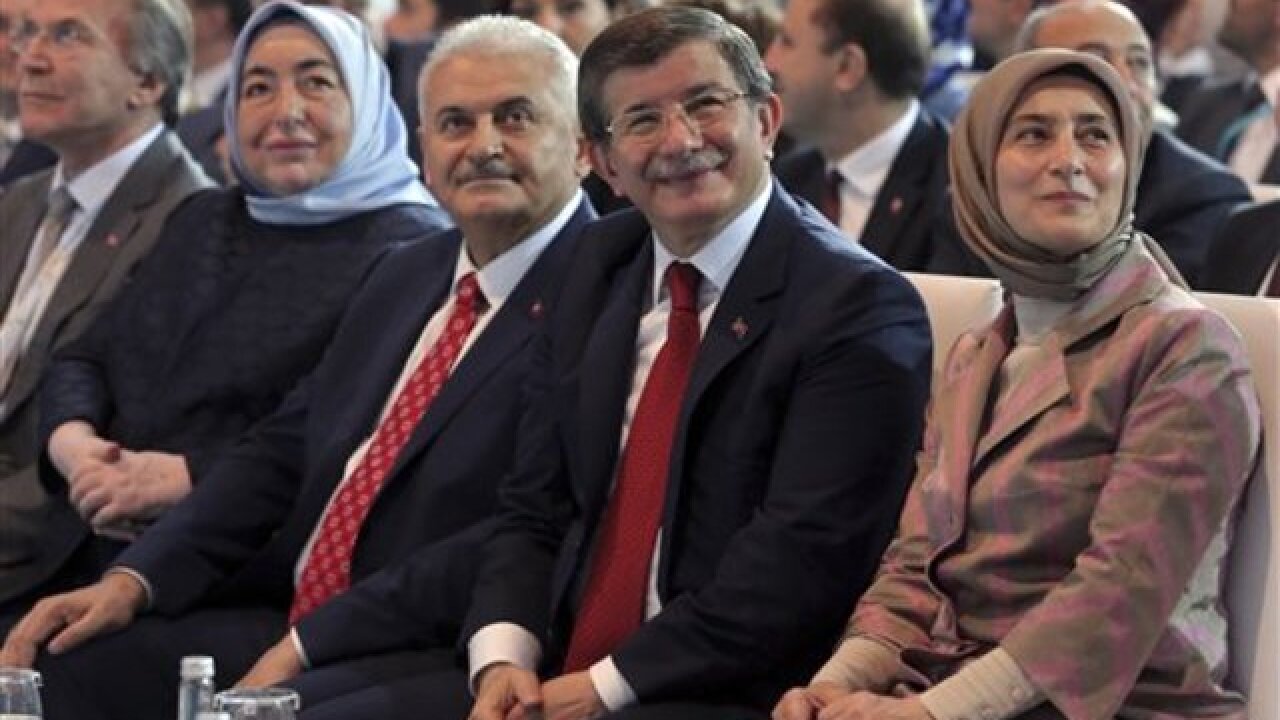 By: Associated Press
Posted at 5:05 AM, May 24, 2016
ANKARA, Turkey (AP) — Turkish President Recep Tayyip Erdogan has approved a new government formed by his trusted ally who has pledged to push through constitutional reforms that would expand the powers of the presidency.
Binali Yildirim, who replaces the outgoing prime minister, Ahmet Davutoglu, announced his Cabinet on Tuesday after a meeting with Erdogan.
Erdogan tapped Yildirim, 60, to form a new government on Sunday after Davutoglu stepped down amid differences with the president on a range of issues, including Davutoglu's apparent less than enthusiastic stance toward an overhaul of the constitution to give the largely ceremonial presidency executive powers.
The president took a break from hosting the World Humanitarian Summit in Istanbul and returned to Ankara to approve Yildirim's government.
Associated Press 2016