Trump supporters chant 'send her back' at rally 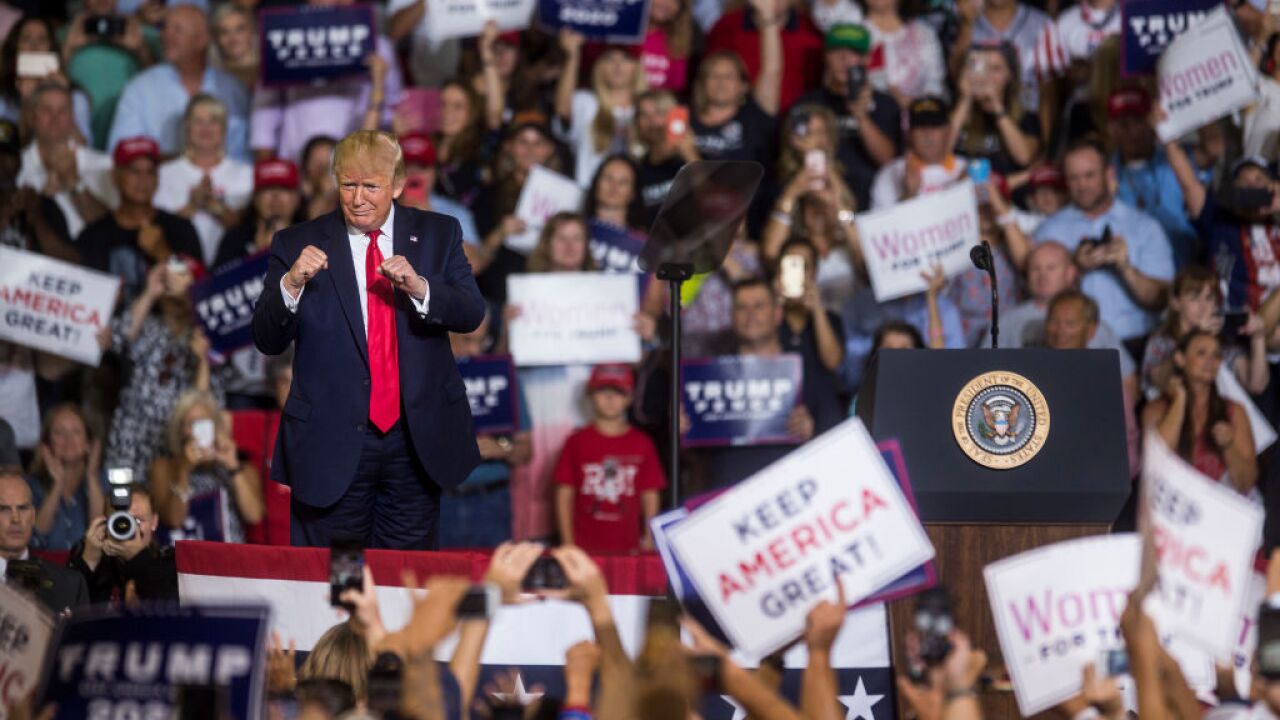 President Donald Trump continued to stand his ground against four progressive Democratic congresswomen, railing against them individually and by name and painting them as the face of the Democratic Party, a strategy he and aides believe will cast the party as a far left, radical group.

The friendly crowd in Greenville, North Carolina on Wednesday responded enthusiastically to his lengthy attacks.

On Sunday, the President told the four minority lawmakers to "go back" to their "crime infested" countries. Three of the four women were born in the US and the other is a naturalized citizen. Trump's use of the racist trope sparked outrage among Democrats and a small number of Republicans.

When Trump continued his line of attack against the congresswomen during the rally, the crowd was thrilled, chanting "Send her back!" as the President castigated Minnesota Rep. Ilhan Omar. The progressive lawmaker was born in Somalia but came to the US as a refugee in 2000 and became an American citizen when she was 17, according to the New York Times.

Trump attacked Omar, Rep. Rashida Tlaib of Michigan, Rep. Ayanna Pressley of Massachusetts and Rep. Alexandria Ocasio-Cortez of New York, who he referred to as "Cortez," because "I don't have time to go with three different names."

Trump warned the four congresswomen of color "fuel the rise of a dangerous, violent hard left."

"That's why I said, hey, if they don't like it, let them leave," he said. "They don't love our country. I think in some cases, they hate our country."

He characterized the lawmakers as "so angry." "They were trying to be nice, but it's hard," he said.

The prolonged attack was yet another escalation in a week where Trump has specifically targeted the lawmakers, known as "The Squad," in an attempt to paint them as the face of his political opposition.

While those close to the President have conceded his line about going back to the places they came from was not helpful, Trump's allies believe the overall strategy of making the four congresswomen the face of the Democratic Party will be a successful one, helping him frame the party as a far left, radical group.

"I do think I am winning the political fight," Trump said at the White House as he departed for Greenville, saying that the Democratic Party is "going so far left, they're going to fall off a cliff."

He said he was "not relishing the fight" with the Democratic congresswomen, but was enjoying himself nonetheless.

"I'm enjoying it because I have to get the word out to the American people ... It's not a question of relishing, they're wrong," he said. "We're not going to be a socialist country, it's not going to happen."

Trump employed a similar strategy during the 2018 midterm elections, in which his party lost 40 seats to the Democrats. It's also part of how he successfully won the presidency in 2016 -- but it's unclear if the strategy will again appeal to the same moderate voters he needs win over in 2020 swing states.

Wednesday evening marked Trump's first rally since he officially kicked off his reelection campaign last month in Orlando where he delivered a wide-ranging, lengthy speech echoing many similar themes and grievances of his 2016 campaign, including attacks on Clinton.