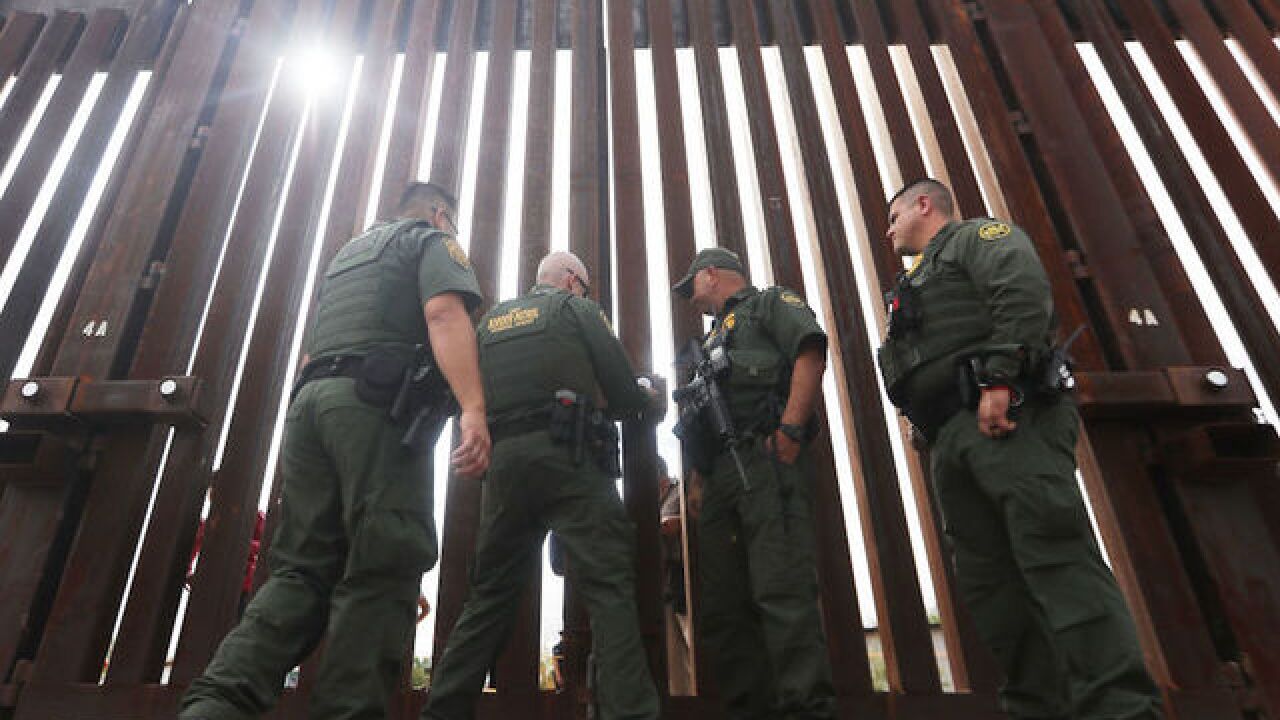 Image copyright 2018 Getty Images. All rights reserved. This material may not be published, broadcast, rewritten, or redistributed.
Mario Tama
<p>U.S. Border Patrol agents lock the border wall gate at the conclusion of the Hugs Not Walls event on the U.S.-Mexico border on October 13, 2018 in Sunland Park, New Mexico. </p>

President Donald Trump told reporters at the White House Saturday that this would be a "good time" for a government shutdown if he doesn't get funding from Congress for his border wall.

Trump added, however, that he didn't think a shutdown would "be necessary, because I think the Democrats will come to their senses."

With the midterm elections now over, Congress is anticipating returning to a battle over Trump's promised border wall.

Last month, House Speaker Paul Ryan predicted a "big fight" over border security on the horizon, and Senate Majority Leader Mitch McConnell said the GOP is "committed" to working to secure the funding the President wants for his signature campaign pledge.

Trump also said Saturday that the US military will remain at the US-Mexico border "as long as necessary," suggesting that the 5,900 troops deployed to border could stay there past December 15, the scheduled end of the mission.

The President also touted the "tremendous military force" assigned to the border mission in Texas, Arizona and California, lauding the troops for building "great fences."

On Tuesday, CNN reported that the troops are expected to finish their assigned task of reinforcing border crossing points, largely with barbed wire, in the coming days. After that, it's unclear what additional orders they will be given other than putting up more wire, two defense officials told CNN.

Trump ordered the troops to the border to deter a caravan of migrants making its way through Mexico from seeking asylum in the US. Trump has called the caravan a threat and has alleged that gang leaders and criminals are among the migrants.