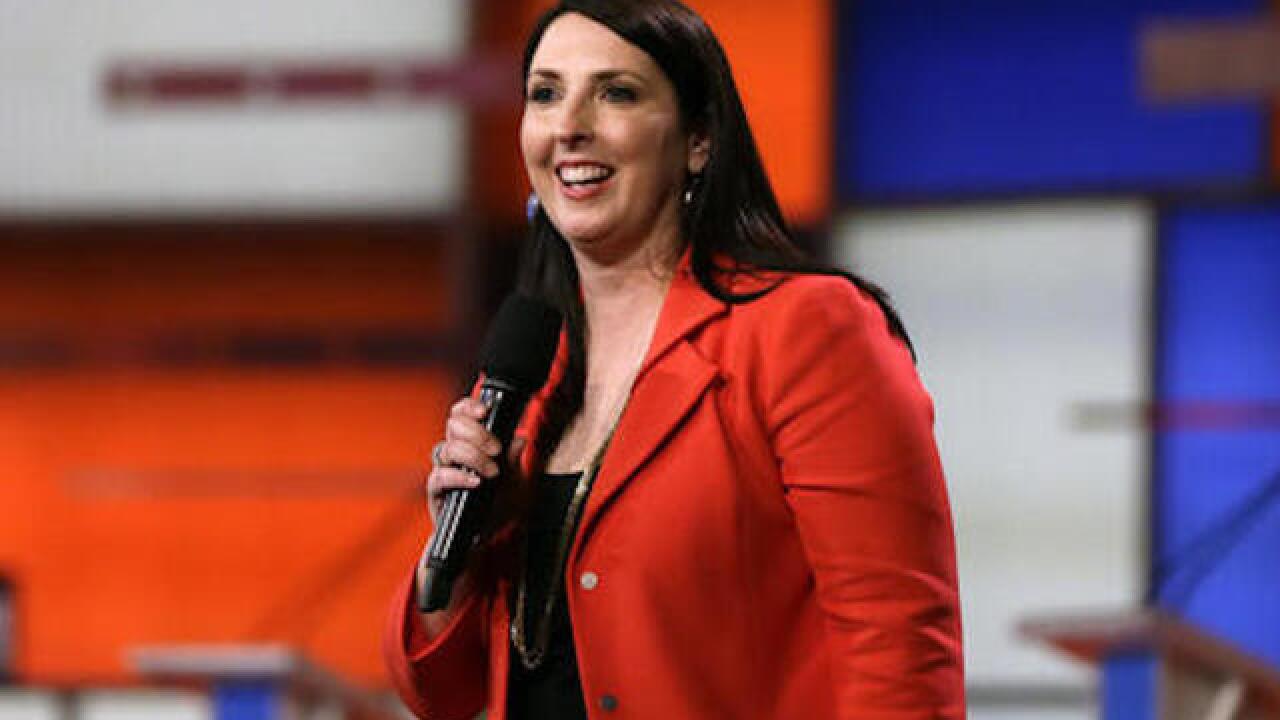 WASHINGTON (AP) — President-elect Donald Trump is considering a woman to run the Republican Party and an openly gay man to represent the U.S. at the United Nations, moves that would inject diversity into a Trump team.

The incoming president is considering Richard Grenell as United States ambassador to the United Nations. If picked and ultimately confirmed by the Senate, he would be the first openly gay person to fill a Cabinet-level foreign policy post. Grenell previously served as U.S. spokesman at the U.N. under former President George W. Bush's administration.

At the same time, Trump is weighing whether to select Michigan GOP chairwoman Ronna Romney McDaniel, a niece of Trump critic and 2012 presidential nominee Mitt Romney. She would be the first woman in decades to run the Republican National Committee.

"I'll be interested in whatever Mr. Trump wants," McDaniel told The Associated Press on Monday, adding that she was planning to seek the Michigan GOP chairmanship again.

Appointing McDaniel to run the GOP's political arm could be an effort to help the party heal the anger after a campaign in which Trump demeaned women. The appointment of Grenell could begin to ease concerns by the gay community about Vice President-elect Mike Pence's positions on same-sex marriage during his time as Indiana governor.

The personnel moves under consideration were confirmed by people with direct knowledge of Trump's thinking who were not authorized to publicly disclose private discussions. They stressed that the decisions are not final.

Internal deliberations about staffing come a day after Trump made overtures to warring Republican circles by appointing RNC Chairman Reince Priebus as his White House chief of staff and Breitbart News executive Stephen Bannon as chief strategist and senior counselor.

The two men had made up the president-elect's chief of staff shortlist, and while Priebus received that job, Bannon is expected to wield significant clout. Trump gave top billing to the former media executive, who led a website that appealed to the so-called "alt-right" — a movement often associated with efforts on the far right to preserve "white identity," oppose multiculturalism and defend "Western values."

Priebus on Monday defended the media mogul, saying the two made an effective pair as they steered Trump past Democrat Hillary Clinton and toward the presidency. He sought to distance Bannon from the incendiary headlines on his website, saying they were written by unspecified others.

"Together, we've been able to manage a lot of the decision making in regard to the campaign," Priebus told NBC's "Today." ''It's worked very, very well."

Trump's hires were, at first glance, contradictory, though they fit a pattern of the celebrity businessman creating a veritable Rorschach test that allowed his supporters to see what they wanted. Priebus, who lashed the RNC to Trump this summer despite some intraparty objections, is a GOP operative with deep expertise of the Washington establishment that Trump has vowed to shake up. He has close ties to House Speaker Paul Ryan, a fellow Wisconsinite.

Bannon, meanwhile, helped transform the Breitbart News site into the leading mouthpiece of the party's anti-establishment wing, which helped fuel the businessman's political rise. Ryan has been one of his most frequent targets.

Neither Priebus nor Bannon brings policy experience to the White House. Chiefs of staff in particular play a significant role in policymaking, serving as a liaison to Cabinet agencies and deciding what information makes it to the president's desk. They're often one of the last people in the room with the president as major decisions are made.

In announcing the appointments, Trump said Priebus and Bannon would work as "equal partners" — effectively creating two power centers in the West Wing. The arrangement is risky and could leave ambiguity over who makes final decisions.

Trump has long encouraged rivalries, both in business and in his presidential campaign. He cycled through three campaign managers during his White House run, creating a web of competing alliances among staffers.

Priebus is a traditional choice, one meant as an olive branch to the Republicans who control both houses of Congress as Trump looks to pass his legislative agenda.

The Bannon pick, however, is controversial.

Bannon, who became campaign CEO in August, pushed Trump to adopt more populist rhetoric and paint rival Hillary Clinton as part of a global conspiracy made up of the political, financial and media elite, bankers bent on oppressing the country's working people — a message that carried Trump to the White House but to some, carried anti-Semitic undertones.

An ex-wife of Bannon said he expressed fear of Jews when the two battled over sending their daughters to private school nearly a decade ago, according to court papers reviewed this summer by The Associated Press. In a sworn court declaration following their divorce, Mary Louise Piccard said her ex-husband had objected to sending their twin daughters to an elite Los Angeles academy because he "didn't want the girls going to school with Jews."

A spokeswoman for Bannon denied he made those statements.