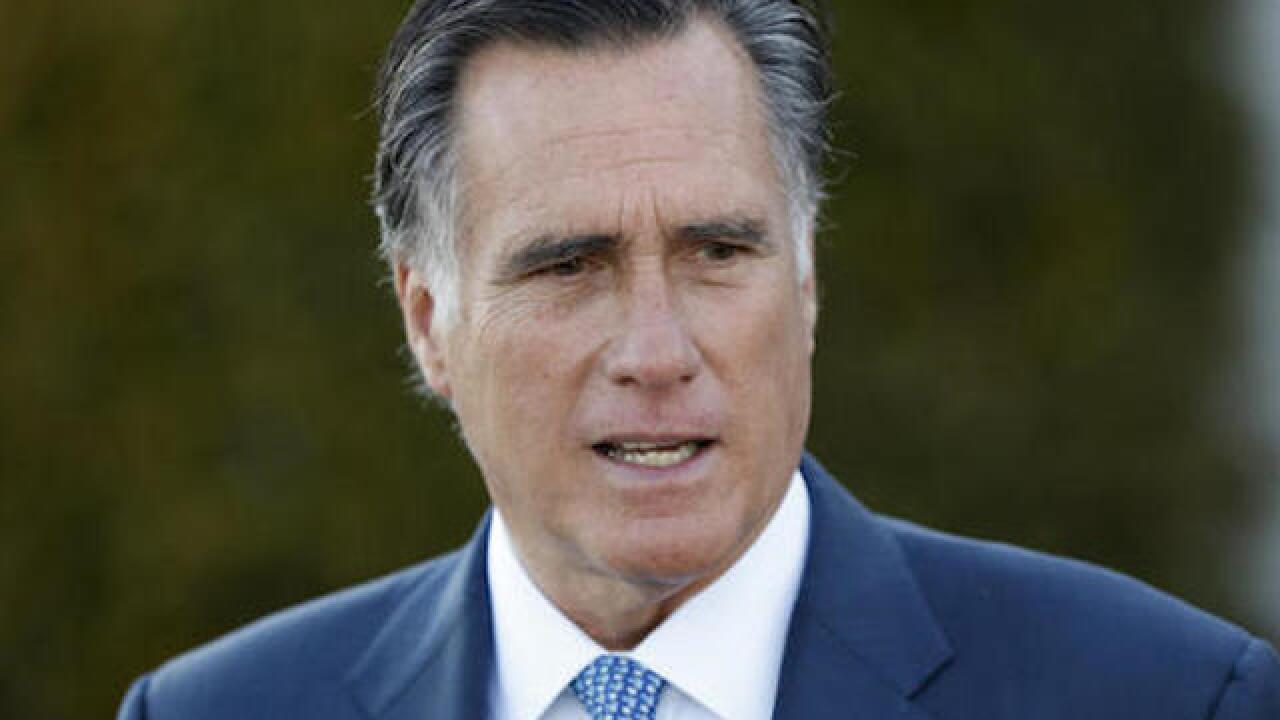 WASHINGTON (AP) — A top Donald Trump adviser has warned that the president-elect's supporters would feel "betrayed" if he tapped former Massachusetts Gov. Mitt Romney as secretary of state, a move that would put a once-fierce Trump critic in a powerful Cabinet post.

The comments from Kellyanne Conway have deepened a highly unusual push by some Trump allies to stop the president-elect from nominating Romney. The extraordinary public nature of the effort has also stirred speculation that it could be a Trump-approved attempt to humiliate a prominent Republican who staunchly opposed him throughout the presidential campaign.

Conway, who served as Trump's campaign manager and is part of his transition team, said her opposition to Romney reflected what she's been hearing from Trump voters.

"People feel betrayed to think that Gov. Romney, who went out of his way to question the character and the intellect and the integrity of Donald Trump, now our president-elect, would be given the most significant cabinet post of all," Conway said in one of several television interviews Sunday. She said Romney was "nothing but awful" to Trump for a year.

Conway's opposition to Romney is also said to be shared by Steve Bannon, the controversial conservative media executive who will serve as Trump's White House senior adviser.

Trump is an avid consumer of television news, and his advisers and allies often use their appearances to send messages to Trump or the Republican establishment. Still, it's rare for Conway and other close aides who speak frequently with Trump in private to be so explicit about their personal opinions in public.

Romney, the 2012 GOP nominee, vigorously challenged Trump's fitness for the presidency, including his foreign policy credentials. In a wide-ranging condemnation of Trump in March, Romney said the businessman's bombast was "alarming the allies and fueling the enmity of our enemies."

Trump responded by mocking Romney, calling him a "choker" and saying he "walks like a penguin."

The freeze between two men appeared to thaw after they spoke by phone following the election. Romney then traveled to Trump's New Jersey golf club for a private meeting to discuss the possibility of joining the administration.

After the meeting, Trump was said to be taken by the way Romney "looks the part" of a globe-trotting diplomat, according to people close to the transition process.

In nominating Romney, Trump would be signaling his willingness to heal campaign wounds and reach out to traditional Republicans who were deeply skeptical of his experience and temperament. Romney is well-liked by GOP lawmakers and was supported by numerous Republican national security experts during his failed White House bid.

But Conway suggested those weren't reasons enough to nominate Romney as the nation's top diplomat.

"I'm all for party unity, but I'm not sure that we have to pay for that with the secretary of state position," Conway said.

Despite the effort to discredit him, Romney is said to remain interested in serving in Trump's Cabinet, though those close to him acknowledge his opposition to Trump during the campaign hurt his chances.

Former New York City Mayor Rudy Giuliani, who was fiercely loyal to Trump throughout the campaign, quickly emerged as a front-runner for the secretary of state post and is still in contention. However, questions about his overseas business ties — as well as his own public campaigning for the job — are said to have given Trump pause.

Giuliani is said to be frustrated by the way the process has unfolded, having originally been led to believe he would have his pick of jobs, according to those close to the transition. They insisted on anonymity because they were not authorized to publicly discuss the private deliberations.

Trump's decision on his secretary of state did not appear to be imminent. And the wrangling over Romney and Giuliani has raised the possibility that Trump may go with a third option. His transition team has also considered Tennessee Sen. Bob Corker and former U.S. Ambassador to the United Nations John Bolton for the job.

People with knowledge of the transition process say Trump is also considering retired Marine Gen. John Kelly for the post. Kelly met with the president-elect about a week ago.

Conway appeared Sunday on NBC's "Meet the Press," ABC's "This Week," and CNN's "State of the Union."