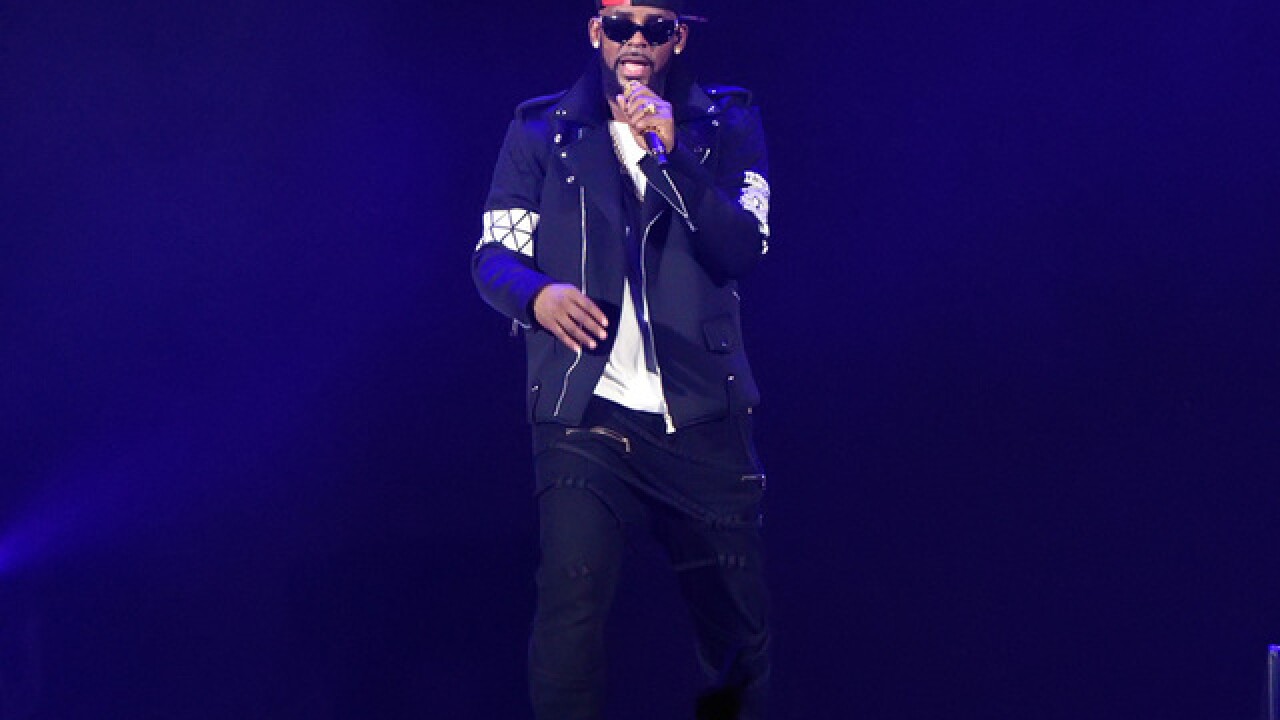 Image copyright 2018 Getty Images. All rights reserved. This material may not be published, broadcast, rewritten, or redistributed.

The Time's Up campaign is taking aim at R. Kelly over allegations he has sexually abused women.

The organization devoted to helping women in the aftermath of sexual abuse issued a statement Monday urging further investigation into Kelly's behavior, which has come under closer scrutiny over the last year as women have come forward to accuse him of everything from sexual coercion to physical abuse. Kelly has denied such charges.

"We demand appropriate investigations and inquiries into the allegations of R. Kelly's abuse made by women and their families for more than two decades now. And we declare with great vigilance and a united voice to anyone who wants to silence us - their time is up," the statement said.

The statement was issued by the Women of Color committee within Time's Up, which includes Oscar-nominated director Ava DuVernay, TV mogul Shonda Rhimes and actress Jurnee Smollett-Bell.

The social media campaign #MuteRKelly has sought to stop his music from being played and to cancel his concerts, and Time's Up said it is joining that call.

Specifically, Time's Up is seeking action from RCA Records, Kelly's label; Spotify and Apple Music, which stream Kelly's catalog; and Ticketmaster, which has sold tickets to his concerts. And it is calling for the cancellation of a May 11 concert in Greensboro, North Carolina.

The Time's Up letter was addressed to women of color. It started by saying, "We see you. We feel you. Because we are you."

It continued: "For too long, our community has ignored our pain. The pain we bear is a burden that too many women of color have had to bear for centuries. The wounds run deep. As Women of Color within Time's Up, we recognize we have a responsibility to help right this wrong. We intend to shine a bright light on our WOC sisters in need."

Time's Up cited Bill Cosby's conviction last week for sexual assault as a step in the right direction but said it was "just a start."

In a further statement to The Associated Press, Smollett-Bell said: "We stand linked with our sisters and will no longer tolerate the predatory behavior of R. Kelly to go unchecked. This is a call to action to #MuteRKelly. His music must be turned down and the voices of these brave survivors must be heard."

R. Kelly, whose hits include "Ignition," ''I Believe I Can Fly," ''Step in the Name of Love," ''Same Girl" and "Bump N' Grind," is one of pop music's best-selling artists. He has also written hits for artists ranging from Celine Dion to Michael Jackson to Lady Gaga. While he's written classic love songs and even gospel music, he is defined by sexually explicit songs such as "Feelin' on Yo Booty," ''Your Body's Calling Me," ''Sex Me" and even more explicit fare.

He has long been accused of behavior that has ranged from questionable to criminal. He wed a 15-year-old Aaliyah in 1994. The late singer had been his protege, the marriage was later annulled and the two refused to confirm that it even happened.

He was later accused of child pornography after a widely circulated videotape appeared to show him having sex with, and urinating on, a teenage girl. He was acquitted of all charges in 2008 and continued to rack up hits and sell out stadiums around the country.

In recent years, as more women have come forward to allege misconduct, protests against Kelly have increased.

A woman told Rolling Stone last year that she was in a long-term relationship with the singer that was sexually and physically abusive. Parents claimed their daughter was being held by Kelly as part of a sex cult but their daughter, who was of age, denied their claims. And recently a woman in Dallas filed a lawsuit against the singer claiming he gave her a sexually transmitted disease, and she claimed he was grooming her to be a part of a sex cult.

Kelly has denied all allegations against him.

Kelly hasn't released an album of new music since a 2016 Christmas album, and his last true album was 2015's "The Buffet," which had no major hits.

An appearance at a concert in his native Chicago scheduled for Friday was canceled after protests. In a Twitter post on Sunday to his fans, Kelly said he was looking forward to his May 11 concert and had no idea why his Chicago appearance was scrapped.

"I never heard of a show being canceled because of rumors, but I guess it's a first time for everything and I apologize to you guys, and in the meantime, I'm going to try and get to the bottom line of it, as far as my lawyers are concerned," he said in a video.