Week ahead: (Not really) a week off for politics 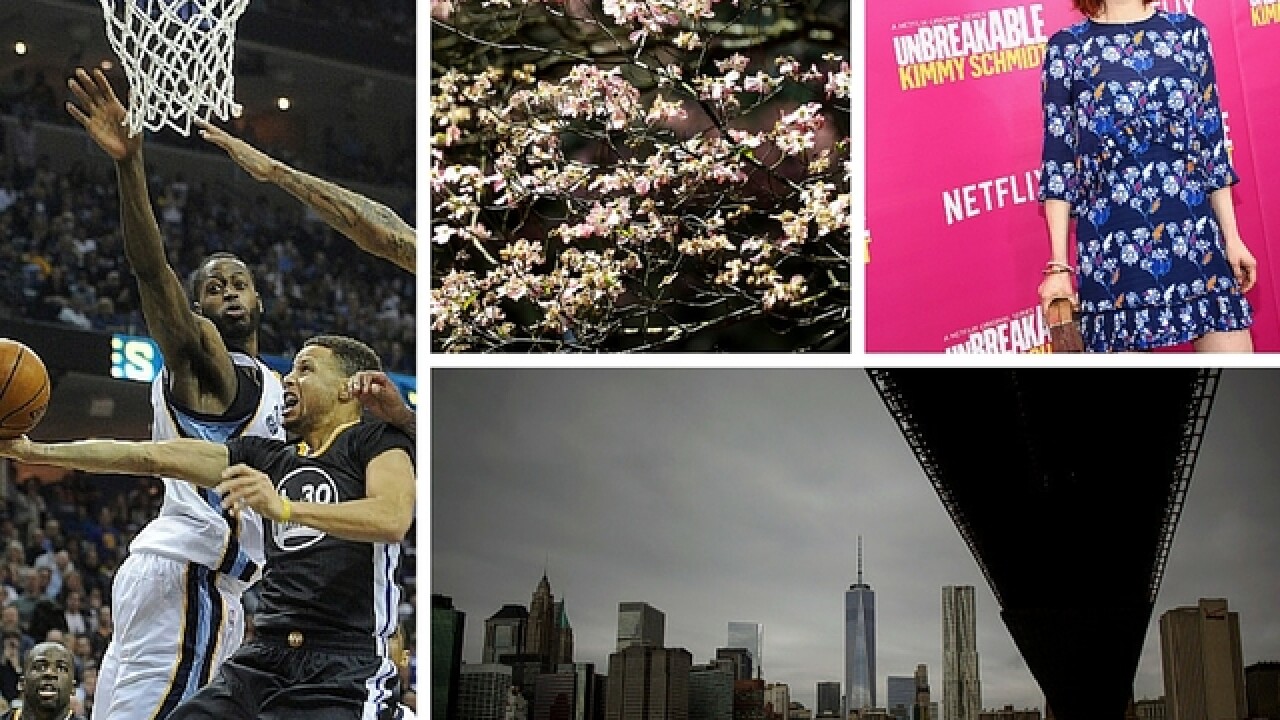 WEATHER
They may be a few weeks late, but spring-like temperatures will finally arrive for much of the country in the next few days. Parts of the Great Plains could see temperatures as high as 80 degrees by Friday, while most of the eastern Midwest and East Coast will experience milder — though still warm — temperatures.

However, severe spring showers could put a damper on the warmer temperatures, especially in the southern Midwest. Storms forming in Texas could exacerbate already record flooding in Louisiana, while Missouri and Arkansas could also experience some severe storms.

POLITICS
For the second time in three weeks, no presidential primaries are scheduled. But while it may be a week off in the race for the White House, the five remaining candidates will turn their sites to a critical New York primary scheduled for April 19.

On the GOP side, Ted Cruz continues to dig himself out of the hole he put himself in when he insulted New Yorkers’ conservative values. Though it may be impossible for Cruz to take New York at this point, he’s fighting for every delegate in order to keep Trump from taking the nomination outright.

It’s a home game for both of the remaining candidates on the Democratic side. Hillary Clinton served as a Senator in the Empire State from 2001-2009, while Bernie Sanders was raised in Brooklyn. Clinton holds a steady lead in the polls, but Sanders has slowly cut into her lead.

SPORTS
Hockey playoffs
The NHL playoffs begin on Wednesday, and with games often stretching into double and triple sudden-death overtime, hockey fans should plan on a few sleepless nights over the next few weeks. The Washington Capitals led the league with 56 wins in the regular season, and enter the postseason as the heavy favorites to take home their first Stanley Cup.

Warriors go for 73
After a thrilling win over the Memphis Grizzlies on Saturday night, the Golden State Warriors are just two wins away from making history.

A win over the Spurs (Sunday night) and another win over Memphis (Wednesday night) would give the Warriors an NBA record 73 wins in a season, one more than Michael Jordan’s 1996-97 Bulls.

Barbershop: The Next Cut
After a 12-year hiatus, Ice Cube and Cedric the Entertainer return to the Barbershop. J.B. Smoove, Common, Nicki Minaj and Lamorne Morris will join the original cast for the newest installment.

Unbreakable Kimmy Schmidt (Season 2)
Season one of this Netflix original show instantly became a cult classic when it dropped last year. The second season of the Tina Fey-produced will be available to stream on Friday. Good luck getting that theme song out of your head.