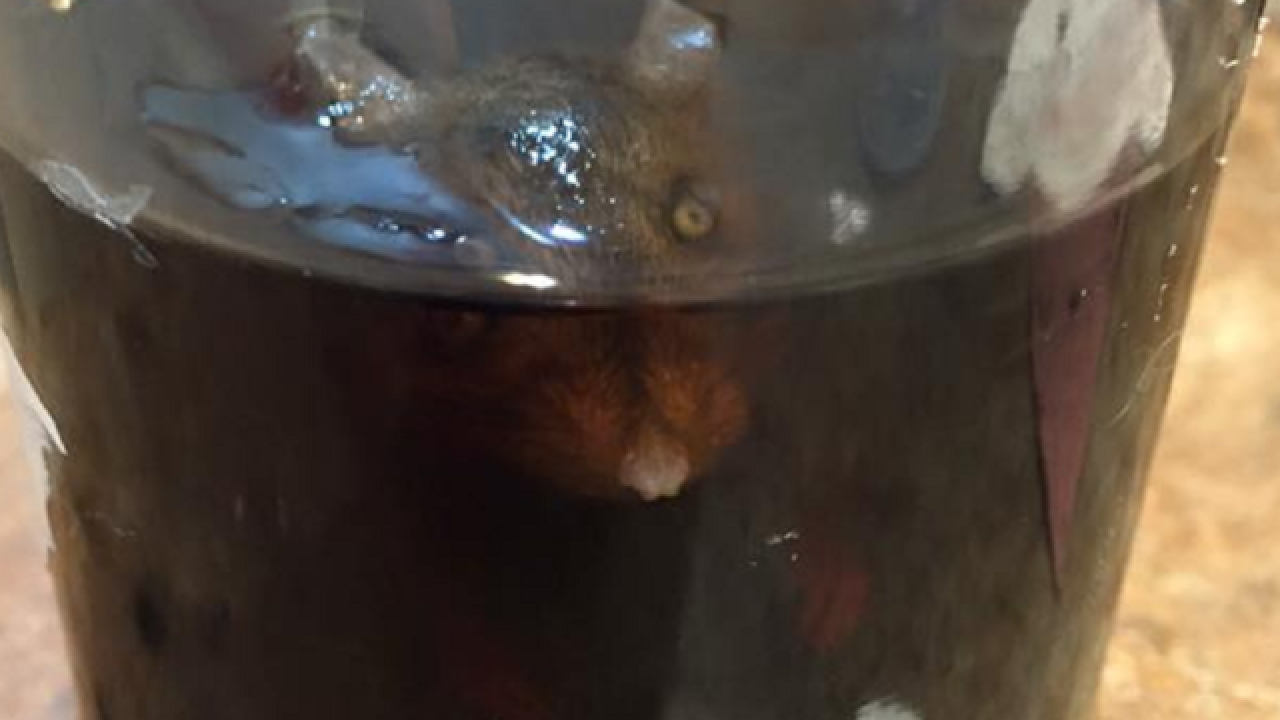 By: Mina Abgoon
Posted at 1:11 AM, May 11, 2016
A Katy, Texas, family is seeking answers after they say a dead rodent was discovered inside a young boy’s bottle of Dr. Pepper.
The 3-year-old boy’s grandfather, John Graves, made the unpalatable discovery Sunday after noticing a creature with beady eyes, small years and a tail.
It was a dead rat.
But it wasn’t until the next day that the discovery was made, since the boy, named Kayden, didn’t finish the whole drink.
"This morning when they opened it they found something floating in there," Graves told KRPC. "Pretty good size. About 3 inches long with a big tail."
Worried about what Kayden must have suggested, he was taken to the pediatrician, who ran tests. The family is now waiting for results.
The pediatrician subsequently contacted the Centers for Disease Control and Prevention.
"You think it's rabies. You think of dirty, filthy rodents. What did he ingest?" Graves wondered.
A spokesman for Dr. Pepper, however, says that type of contamination is virtually impossible.
The  company plans to run tests on the rodent, but the family wants to have its own testing done before handing the bottle over.
"I want to get the rat tested to see where it came from, how it got there, if there is any medical concerns we should be concerned about," Graves said.  “There is no telling what could happen to that sample.”
The family and company are now working on a solution.
Scripps Only Content 2016