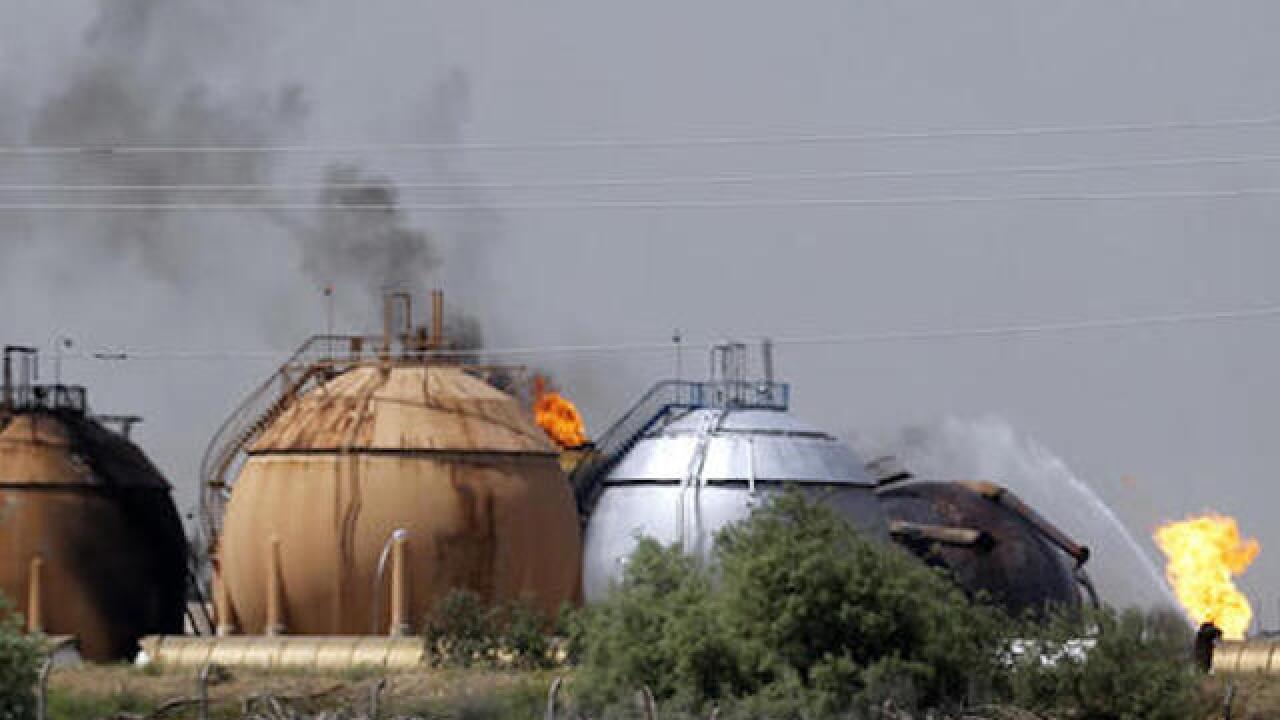 Uncredited
<p>Iraqi firefighters try to extinguish a fire at a natural gas plant in Taji, 12 miles (20 kilometers) north of Baghdad, Iraq, Sunday, May 15, 2016. The Islamic State group launched a coordinated assault Sunday on a natural gas plant north of the capital that killed at least 12 people, according to Iraqi officials. (AP Photo)</p>

BAGHDAD (AP) — The Islamic State group launched a coordinated assault Sunday on a natural gas plant north of Baghdad that killed at least 14 people, according to Iraqi officials.

The attack started at dawn with a suicide car bomber hitting the main gate of the plant in the town of Taji, about 20 kilometers (12 miles) north of Baghdad. Then several suicide bombers and militants broke into the plant and clashed with the security forces, an official said, adding that 27 troops were wounded.

The IS-affiliated Aamaq news agency credited a group of "Caliphate soldiers" for the attack.

In a statement, Deputy Oil Minister Hamid Younis said firefighters managed to control and extinguish a fire caused by the explosions. Younis said technicians were examining the damage.

Medical officials confirmed the casualty figures. All officials spoke on condition of anonymity as they were not authorized to release information.

IS extremists still control significant areas in northern and western Iraq, including the second-largest city of Mosul. It has declared an Islamic caliphate on the territory it holds in Iraq and Syria.

The group has recently increased its attacks far from the front lines in a campaign that Iraqi officials say is an attempt to distract from their recent battlefield losses.

Since Wednesday, more than 100 people have been killed in a string of bombings in Baghdad and elsewhere