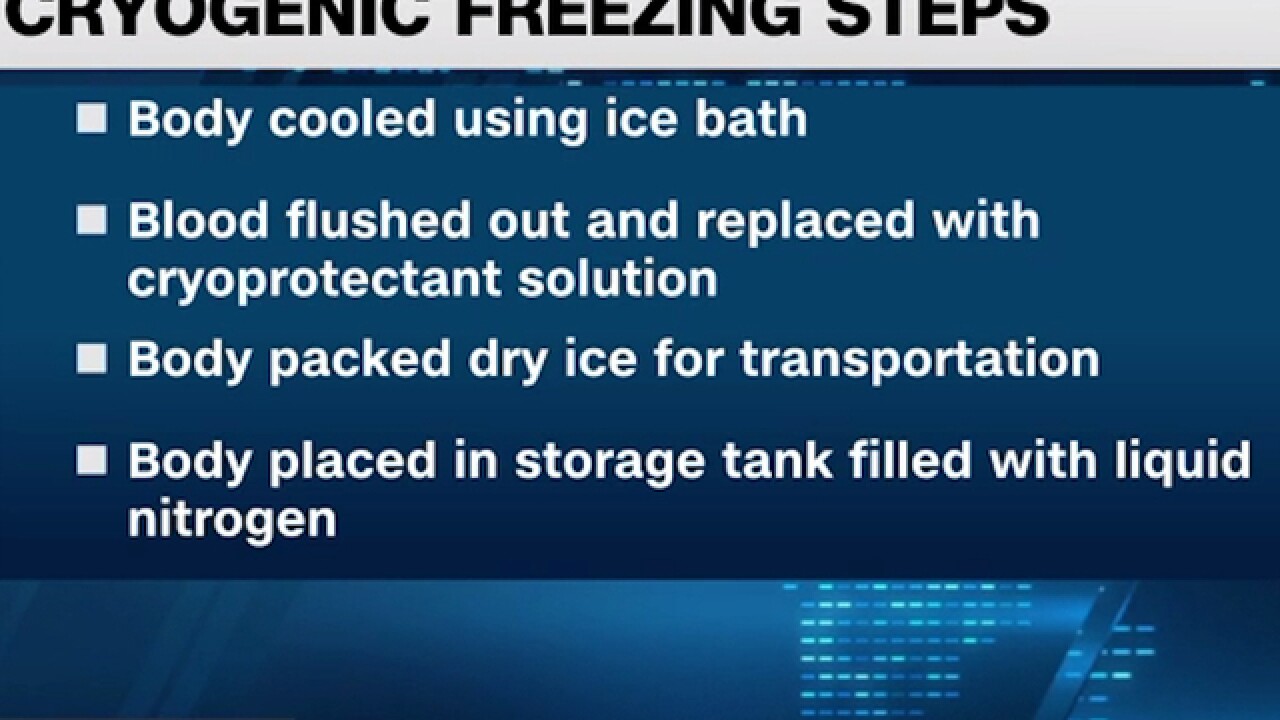 A judge has approved allowing a teenager to be cryogenically frozen; her wish was to be unfrozen when there is a known cure for the rare form of cancer that's in her body.

The 14-year-old British girl knew she did not have much time to live and believed she will get a better chance at life if she is preserved — even if it is for hundreds of years. Her parents disagreed with each other over allowing it, and her father worried if it works, she will awaken and have no family.

The procedure was approved by a court judge a few weeks ago and is being carried out. The teen died Oct. 17 and her body was shipped to the United States. She will be placed in a storage container at a cryogenic facility in Michigan.

Learn more about the process in this video.