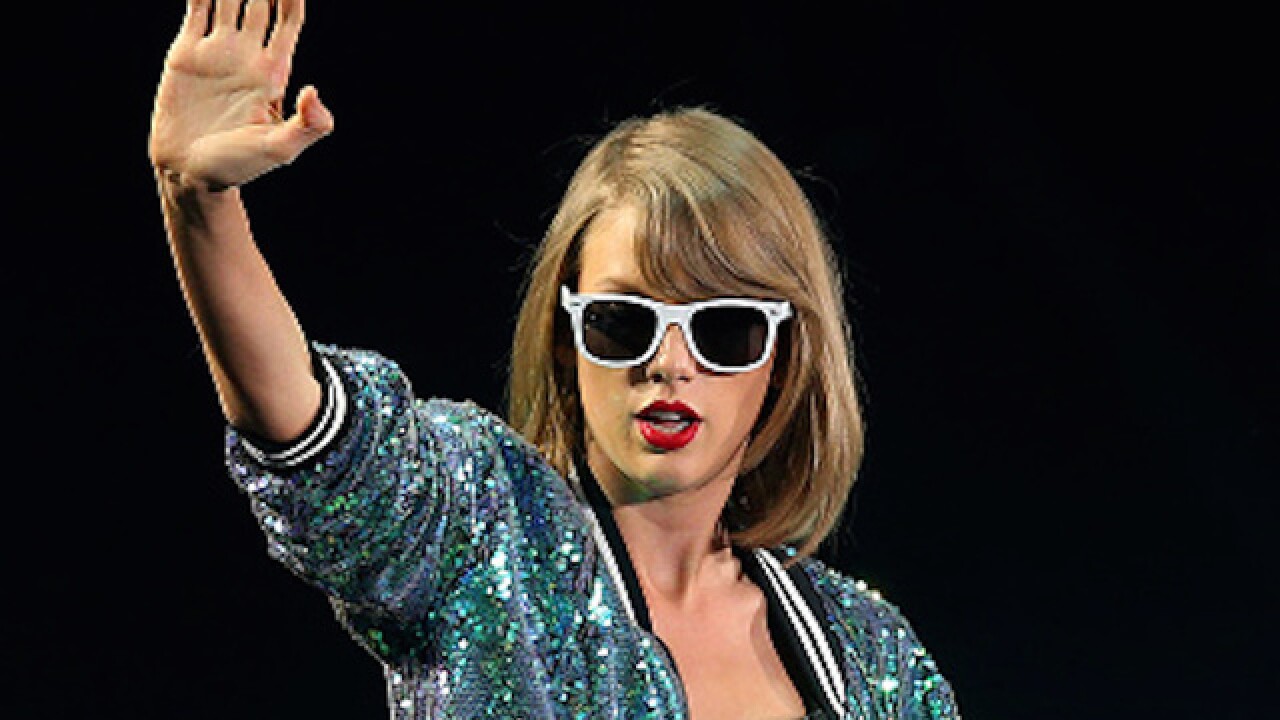 LOS ANGELES (AP) — Kendrick Lamar walked away from the Grammys pre-telecast with four awards, while Alabama Shakes, Taylor Swift and the Weeknd won two awards each.

All four acts are nominated for album of the year. The fifth nominee, Chris Stapleton, won best country solo performance for "Traveller."

The early Grammy wins were a first for Alabama Shakes, Stapleton and Weeknd. It also marked a first for Justin Bieber: He won best dance recording for "Where Are U Now," collaboration with Skrillex and Diplo.

Lamar's wins included best rap song, rap performance, rap/sung collaboration and music video, which he shared with Swift for "Bad Blood." He walked into the Grammys with the most nominations — 11.

Swift's other win was for best pop vocal album for "1989." She wasn't in the audience to pick up the award, but Jack Antonoff, the guitarist from the band fun. and a producer on "1989," went onstage to accept the honor and called Swift on the phone.

"Taylor wants to be here so badly ...One sec, she's gonna freak," he said as his phone rang.

Once she answered and Antonoff delivered the good news, Swift yelled, "What?! We won! We won pop vocal album!"

When it was announced that "Bad Blood" won best music video, video producer Ron Mohrhoff joked about calling Swift like Antonoff did.

"Oh, hold one I want to call Taylor. Oh shoot, I don't have her number," he said onstage.

Swift and Weeknd earned seven nominations overall, but it's Adele who has the chance to own the night, though she isn't competing for an award.

The British singer, who has outsold her contemporaries by millions, is set to perform at the Staples Center in Los Angeles, along with other hitmakers such as Rihanna, Lady Gaga, the Weeknd and Swift, who will open the show.

Adele released her third album, "25" — which has sold 8 million units in the United States — after Grammy eligibility. It will qualify for awards at the 2017 ceremony.

His "To Pimp a Butterfly" faces fierce competition for album of the year against "1989," Alabama Shakes' "Sound & Color," Stapleton's "Traveller" and the Weeknd's "Beauty Behind the Madness."

Swift's "Blank Space" is in the running for song of the year, along with Lamar, Sheeran's "Thinking out Loud," Wiz Khalifa and Charlie Puth's "See You Again" and Little Big Town's "Girl Crush."

Swift's and Sheeran's songs are up for record of the year, along with "Uptown Funk" by Mark Ronson and Bruno Mars, the Weeknd's "Can't Feel My Face," and D'Angelo and the Vanguard's "Really Love."

Hunt, who also is nominated for best country album for his platinum seller "Montevallo," will perform at the show with Carrie Underwood. Other performers include the Hollywood Vampires, the supergroup made up of Johnny Depp, Alice Cooper and Joe Perry.

Plus, the cast of hit Broadway musical "Hamilton" will hit the stage and Pitbull will close out the awards show. It will feature tributes to David Bowie, B.B. King, the Eagles' Glenn Frey, Natalie Cole, Lemmy Kilmister and Earth, Wind & Fire's Maurice White.

Other double winners in the pre-telecast include D'Angelo, Skrillex, Diplo and Jason Isbell.