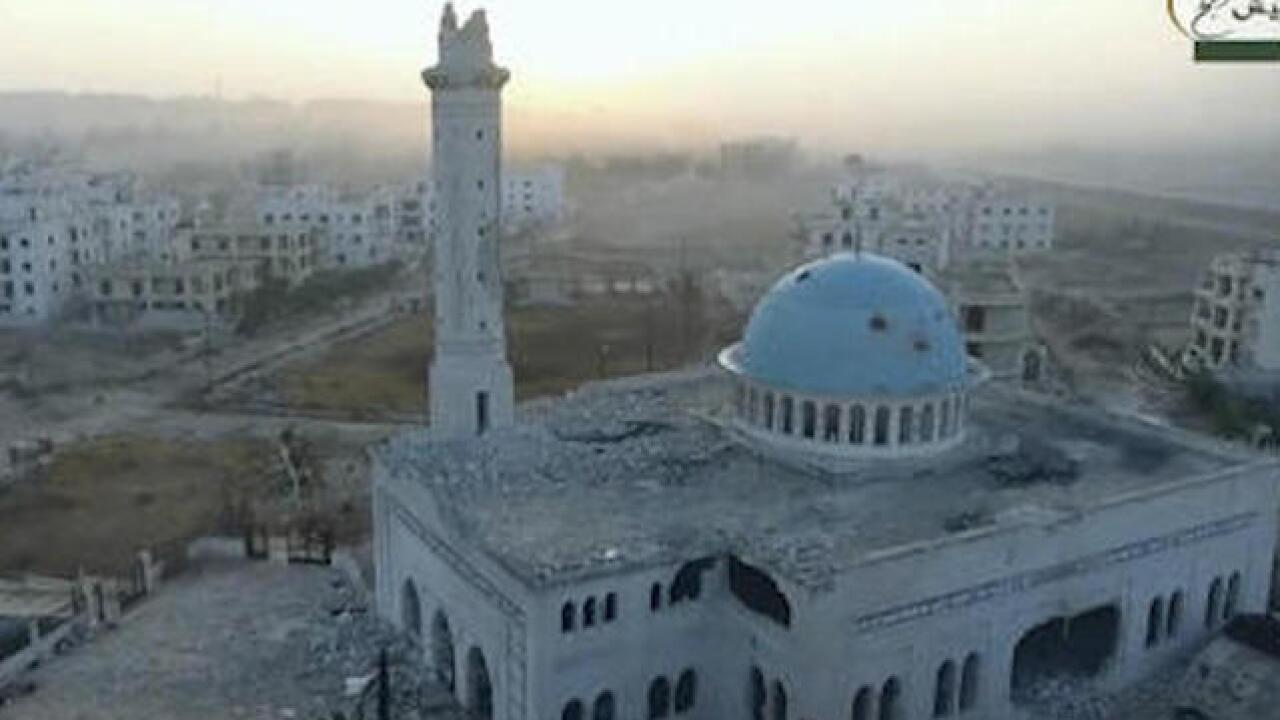 Copyright Associated Press
Uncredited
<p>This still image taken from undated drone footage, posted online by the communications arm of Ahrar al-Sham militant group, purports to show a damaged mosque in an Assad neighborhood of Aleppo, Syria. Syrian government forces launched a counteroffensive Saturday, Oct. 29, 2016, under the cover of airstrikes in an attempt to regain control of areas they had lost to insurgents the day before in the northern city of Aleppo, activists and state media said. (Ahrar al-Sham, militant video, via AP)</p>

The Sunday shelling comes on the third day of a rebel offensive that aims to breach a government siege on Aleppo's rebel-held eastern districts. A tight siege has been in place since July.

The fighting in western Aleppo focused on the district of Al-Assad, captured by rebels a day earlier, and another one further north.

The state TV report says the civilians were killed in four districts of western Aleppo.

A Syrian military official, speaking on condition of anonymity in line with regulations, says the government is reinforcing its positions in and around the city to repel rebel advances.