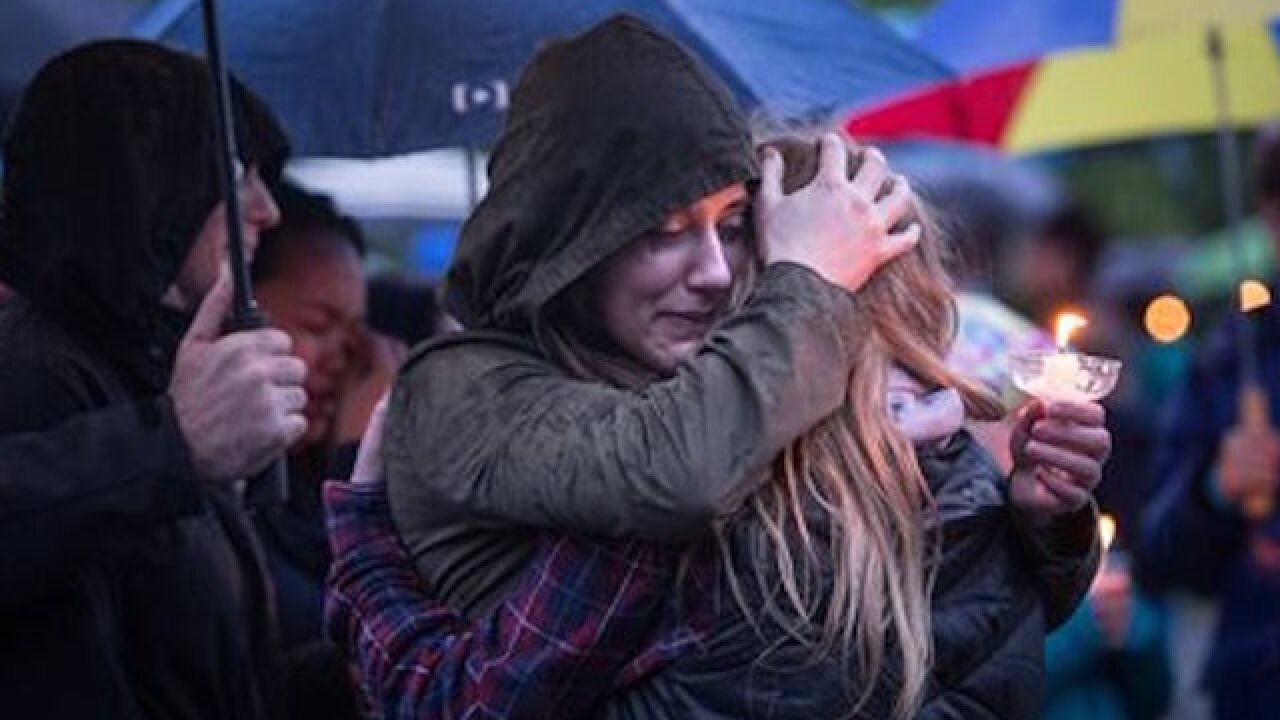 Dean Rutz/The Seattle Times via AP
Dean Rutz
<p>People gather outside the home of Ingrid Lyne during a candlelight vigil hosted by St. Matthew's Lutheran Church in Renton, Wash., Tuesday, April 12, 2016. The church hosted the vigil on behalf of Lyne after remains believed to be those of Lyne were found over the weekend in a homeowner's recycling bin. (Dean Rutz/The Seattle Times via AP) </p>

SEATTLE (AP) — A man authorities say dismembered a mother of three in her suburban home and then dumped her body parts in a Seattle recycling bin was charged with first-degree murder.

In addition to murder, John Charlton is also charged Wednesday with theft of a motor vehicle for allegedly taking 40-year-old Ingrid Lyne's vehicle, which was found in downtown Seattle Monday night.

Charlton remains in jail in lieu of $2 million and is due to appear in court April 27. He faces at least 28 years in prison if convicted.

Aldo Wednesday, authorities formally identified Lyne's remains. The King County Medical Examiner's Office said Lyne died of "homicidal violence," but did not say how she was killed or when.

Police on Monday arrested the 37-year-old Charlton, who had recently started dating Lyne.

Authorities say he killed her, then drove her head, an arm with a hand, a lower leg and a foot from suburban Renton to Seattle this weekend and dumped them.

Lyne had planned to go on a date to a Mariners baseball game Friday night, friends said, and a neighbor told detectives she had been dating a man named John.

Lyne was reported missing Saturday morning when her ex-husband arrived to drop off their kids and found she wasn't home.

Charlton told authorities the couple had been dating for about a month and they attended the baseball game and then returned to her house, but he was so intoxicated he couldn't remember what happened.

Charlton said he ended up spending the night on a street in Seattle but couldn't recall how he got there. He had injuries to his lips and chin, scratches on his chest and abrasions on his forehead and hand, police said.

Seattle detectives discovered a 15-inch pruning saw near the bathtub at Lyne's home Sunday and an empty box of plastic garbage bags identical to the type from the recycling bin that contained the remains, court documents say.

Charlton's ex-girlfriend told police that Charlton stayed at a shelter in Seattle but spent the night at her place about two days a week, according to charging documents.

She said he was a "mean drunk" but never assaulted her. On Saturday, he was supposed to come to her house in the morning to help with yard work, but he didn't show, instead texting her "something had come up."

He arrived around 10:30 p.m. and told the woman he had been robbed when she noticed his injured lip, according to court documents.

Police also said Charlton seemed "rather nonchalant" during an interview and appeared annoyed when asked about Lyne's disappearance.

Along with a criminal history spanning six states, Charlton's parents sought a restraining order against him in 2006, saying he had taken the movie "Hannibal" — about a serial killer — from a shelf and told his mother she should watch it and "beware."