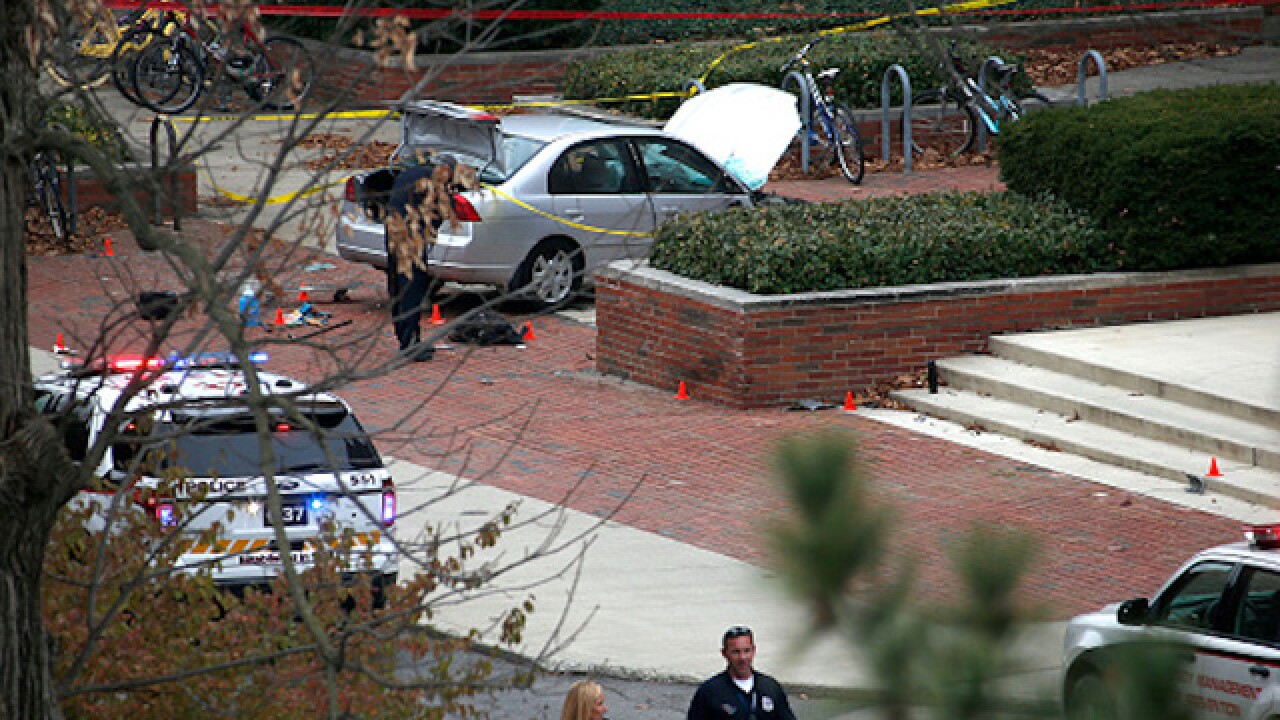 Copyright Getty Images
Kirk Irwin
<p>COLUMBUS, OH - NOVEMBER 28: Police investigate the scene where an individual used a car to crash into a group of students outside of Watts Hall on the Ohio State University campus on November 28, 2016 in Columbus, Ohio. At least nine people were injured when a suspect reportedly drove into a crowd of pedestrians and slashed several people with a knife before being fatally shot by university police. (Photo by Kirk Irwin/Getty Images)</p>

Just three months ago, Abdul Razak Ali Artan was featured in the Ohio State student newspaper The Lantern as part of the paper's series "Humans of Ohio State."

On Monday, Artan used a car and knife as a weapon, injuring 11. Artan was then shot and killed by an Ohio State police officer who was on the scene. Now, Artan is being investigated for what his motivation was behind injuring his fellow Ohio State classmates.

In the Lantern's feature, Artan said that he was "scared" with how Muslims were being portrayed in the media. He then said he used God to overcome his fear.

"This is my first day here," Artan said in the Aug. 25 issue of the paper. "This place is huge, and I didn't even know where to pray. I wanted to pray in the open, but I was kind of scared with everything going on in the media. I'm a Muslim.

It's not what the media portrays me to be, if people look at me, a Muslim praying, I don't know what they're going to think."

The feature gives a small background of the 20-year-old Somali refugee who law enforcement officials will be investigating. In addition to motive, officials said they will look into any possible ties Artan might have had into any known terror groups.