Starbucks CEO says he will step down in April 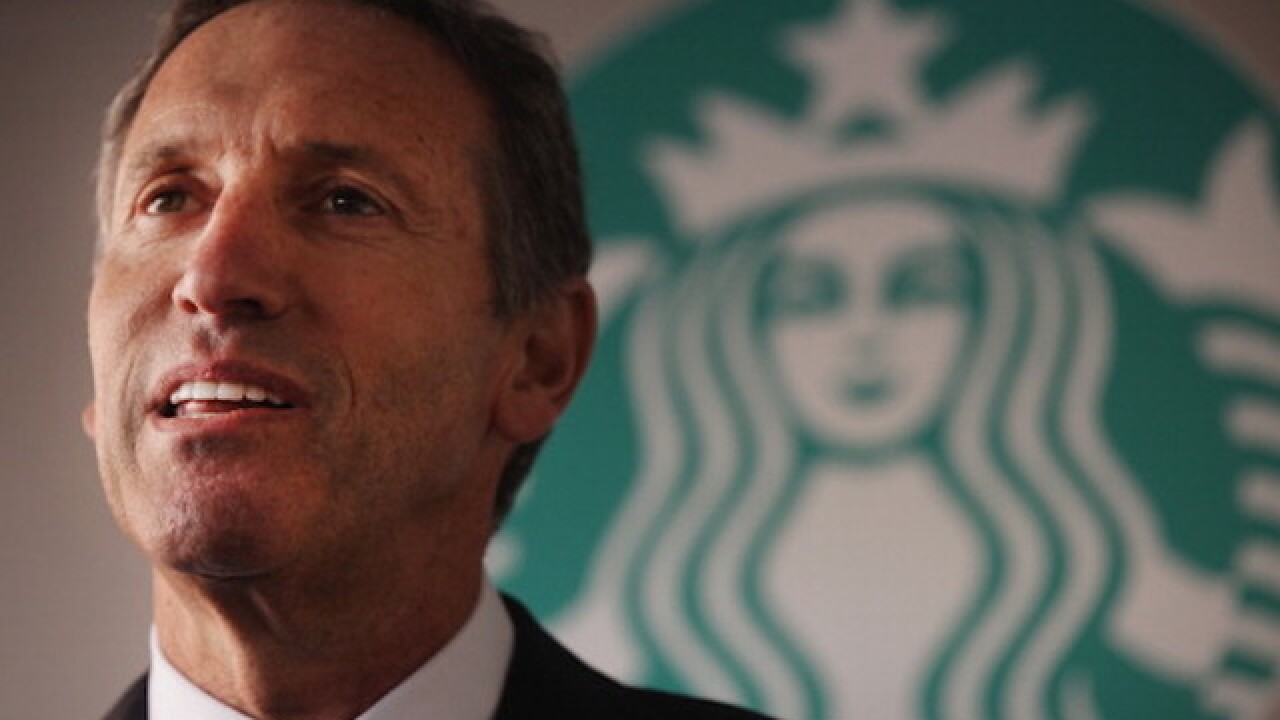 Spencer Platt
<p>NEW YORK, NY - OCTOBER 04: Starbucks CEO Howard Schultz speaks at an event celebrating a new partnership between Starbucks and non-profit groups in New York City and Los Angeles to assist in offsetting government funding cuts to programs for children and education on October 4, 2011 in New York City. Two Starbucks stores, one in Harlem and one in Los Angeles' Crenshaw district, will share profits with the partner non-profit groups the Abyssinian Development Corporation and the Los Angeles Urban League. (Photo by Spencer Platt/Getty Images)</p>

NEW YORK (AP) — Starbucks says CEO Howard Schultz is stepping down from the coffee chain that he joined more than 30 years ago.

The Seattle-based company announced Thursday that Kevin Johnson will become chief executive as of April 3.

Schultz will become executive chairman on that date to focus on innovation and social impact activities, among other things.

Shares of Starbucks slid 3.6 percent to $56.44 in after-hours trading.

Johnson, currently president and chief operating officer, will take charge of the company's global business and operations. He joined the Starbucks board in 2009 and has spent years at technology companies including 16 years with Microsoft and five as Juniper Networks CEO.