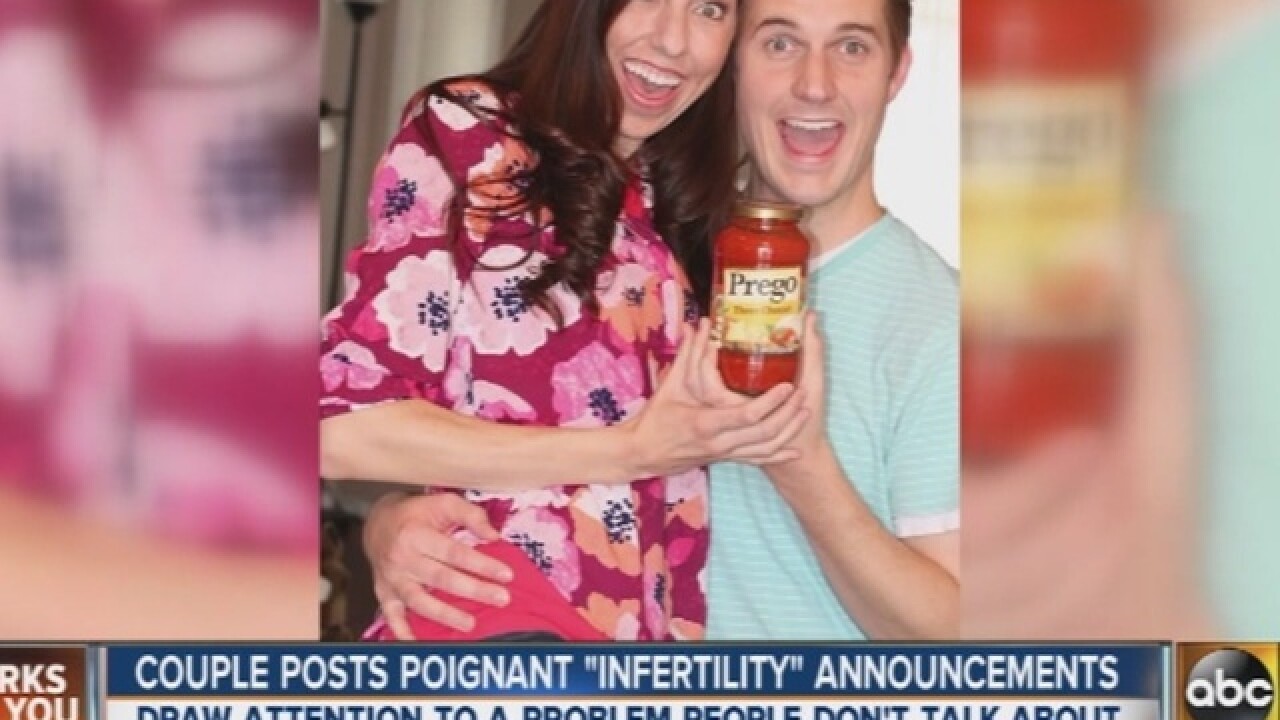 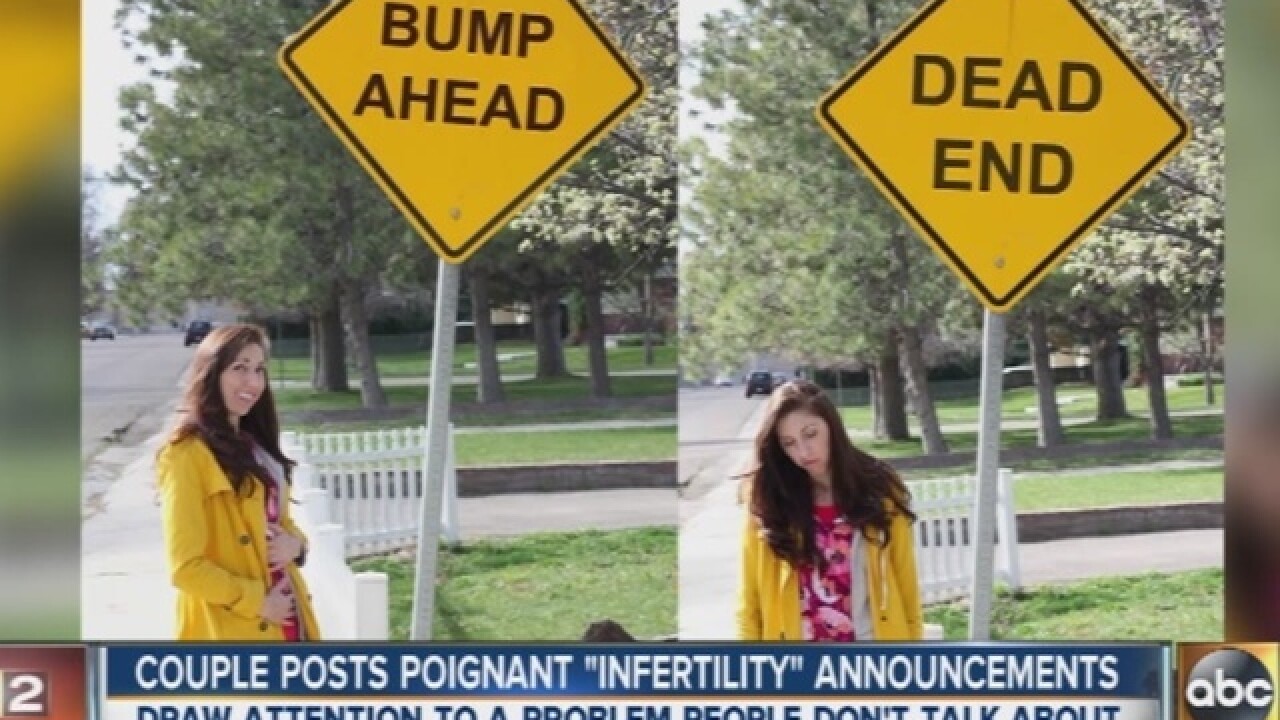 Spencer Blake is the anchor of Good Morning Idaho, but at home he's a loving husband and a caring father. His children are adopted as Spencer and his wife, Whitney, are infertile.

"Having our children swallows up the agony that we were in of course because we were able to adopt. We wouldn't change that for the world," explained Spencer.

It's an issue that many couples keep out of the public eye, but one they shared on social media. Spoofing creative pregnancy announcements, they used humor to shed light on to something they may never be able to do. And bring a smile to those with the same problem.

"It was just kind of our unique twist to something we see all the time on social media," said Whitney.

Their bubble burst and the dough didn't rise. At first they posted the photos on their blog during Infertility Awareness Week. It didn't take long for the photos to go viral with one article on Buzz Feed gaining more than 12,000 likes on Facebook.

One person commented, "This is awesome. We experienced four years of fighting infertility before finally conceiving. You gotta laugh through the pain or it'll consume you."

"Sympathy and empathy go along way for something that's that difficult," said Spencer. "So we've had times where we received it and so it's nice we can give that to other people too. "

The Blakes say they will never love infertility, but without it they would have never become a family.