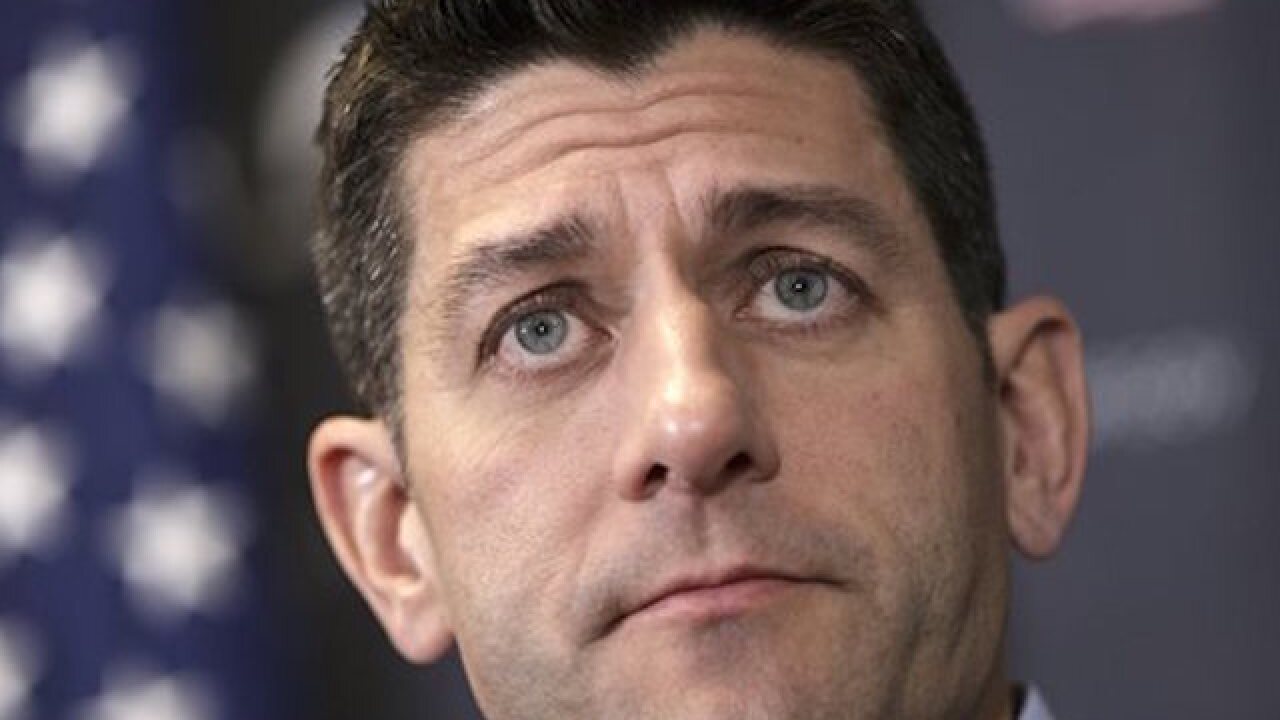 Copyright Associated Press
J. Scott Applewhite
<p>House Speaker Paul Ryan of Wis., joined by the House GOP leadership, talks to reporters on Capitol Hill in Washington, Tuesday, March 22, 2016, following a closed-door caucus meeting. In a response to a reporterís question, Ryan said he's not worried that Donald Trump will cost Republicans control of the chamber in November's election. With Trump leading the race for the GOP presidential nomination, some in the party worry that his unbridled comments about women, Hispanics and others will cost Republican candidates in swing House districts. (AP Photo/J. Scott Applewhite)</p>

WASHINGTON (AP) — House Speaker Paul Ryan is refusing to support Donald Trump as the Republican nominee for president, insisting Thursday that the businessman must do more to unify the GOP.

The surprise declaration from Ryan on CNN's "The Lead" amounted to a stunning rebuke of Trump from the Republican Party's highest-ranking officeholder.

"I'm just not ready to do that at this point. I'm not there right now," the Wisconsin Republican said. "And I hope to. And I want to, but I think what is required is that we unify this party."

Ryan had maintained his silence since Trump effectively clinched the nomination with a commanding win in Indiana on Tuesday that forced his last two remaining rivals from the race. Other Republican leaders, including Senate Majority Mitch McConnell, offered their grudging support for Trump, and Ryan had seemed likely to eventually do the same.

Instead he balked, in comments that could have more to do with his own political future and potential run for president in 2020.

"For us to be a successful party, to climb that final hill and win the presidency, we will need a standard-bearer that can unify all Republicans, all conservatives, all wings of our party, and then go to the country with an appealing agenda that can be appealing to independents and disaffected Democrats," Ryan said. "And we have work to do one this front, and I think our nominee has to lead in that effort."