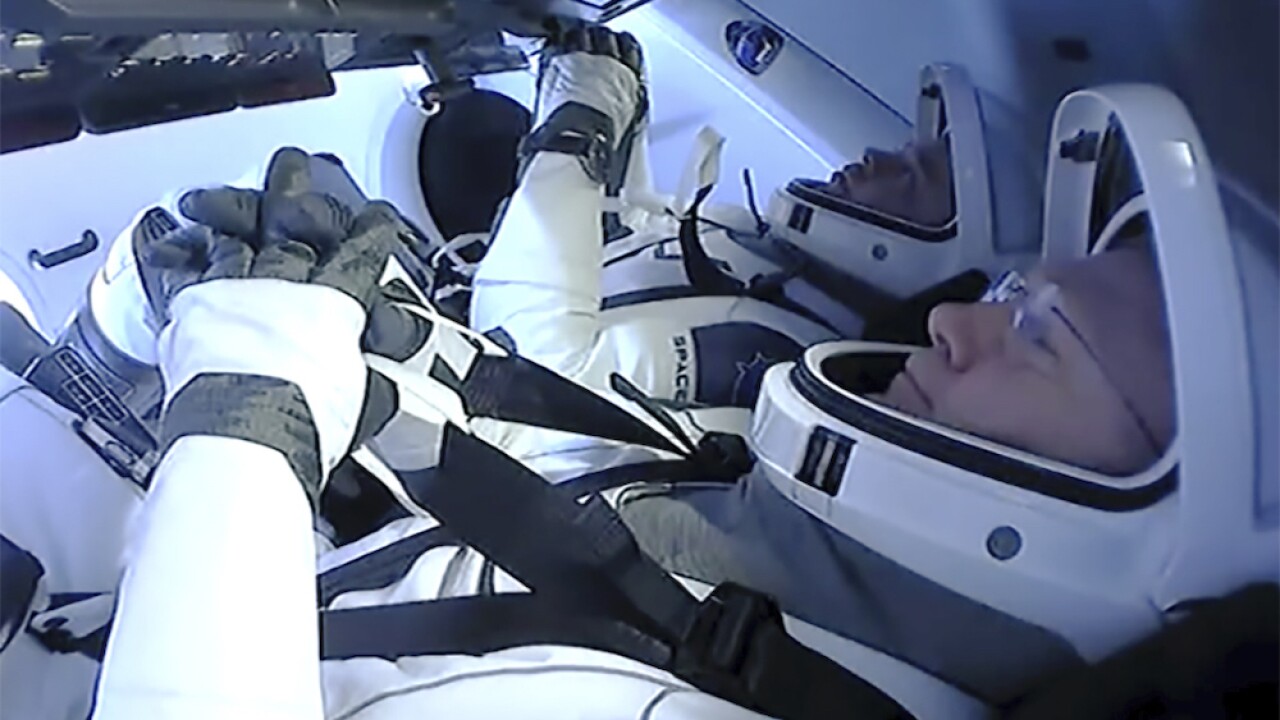 AP
Astronauts Doug Hurley and Bob Behnken prepare to return to earth on a SpaceX capsule, Sunday Aug. 2, 2020. It will mark the first splashdown in 45 years for NASA astronauts and the first return in the gulf. Unlike Florida's Atlantic coast, already feeling the effects of Tropical Storm Isaias, the waves and wind were calm near Pensacola in the Florida Panhandle. (SpaceX via AP)

Robert and Behnken and Douglas Hurley — the first astronauts to travel into orbit aboard a commercially developed spacecraft — returned home in a splashdown mission Sunday, the first such mission in America in 45 years.

They've been onboard the International Space Station for two months after launching in the SpaceX Crew Dragon from Kennedy Space Center in Florida.

Their spacecraft is nicknamed Endeavour.

"For the most part, we've had pretty good luck with, with Endeavour," Hurley said. "As far as on-orbit testing is performed, just like it did for launch and rendezvous. So we expect nothing different for the splashdown."

The splashdown took place despite the presence of Hurricane Isaias, which did not have a significant effect on the mission.