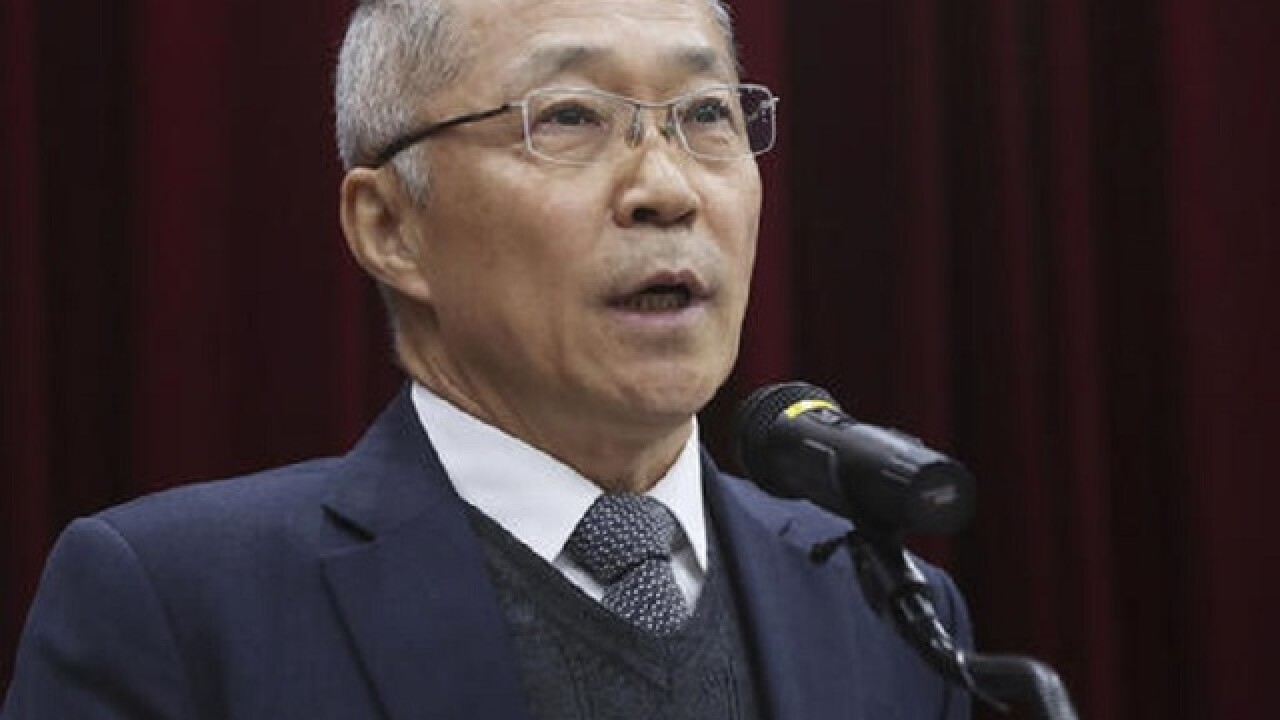 SEOUL, South Korea (AP) — c in a highly-awaited deliberation that divided the country for months.
The land ministry said Friday that concerns about national security outweighed benefits from exporting the country's mapping data to Google, a unit of Alphabet Inc.
South Korea, facing the overt threat of rival North Korea, bars exporting local mapping data to foreign companies that do not operate domestic data servers.
Google, a unit of Alphabet Inc., handles its maps service at data centers outside South Korea. The restrictions have limited the usefulness of Google Maps within South Korea, since the app cannot offer driving or walking directions.
The government had proposed granting permission to Google to use local mapping data for Google Maps if the company would blur sensitive information on South Korean military facilities on its satellite map.
"Our position from the start was that if it deletes security facilities, we would allow exporting (the local mapping data)," said Kim Tong-il, an official at the land ministry. "Google's position is that it won't delete those. The question was whether we would allow that regardless."
South Korea has been divided over the issue since Google filed its request in June. The government extended an August deadline to this month, highlighting disagreements between government ministries.
The long-time deliberation reflects growing support for Google within some government ministries that are trying to promote tourism and local firms' overseas businesses. One of the biggest inconveniences that foreign tourists run into in South Korea, which has some of the fastest and cheapest internet access in the world, is the lack of an online mapping service with navigation and directions in foreign languages.
Some local businesses and consumers opposed giving Google full access to the local mapping data, saying it would be unfair to local companies that operate local data servers to support their map services. They said Google should build data centers in South Korea instead of seeking an exemption from the rules.
Google said earlier that restricting Google Maps in South Korea would be an inconvenience for foreigners visiting the host country of the PyeongChang Winter Olympics in 2018.
It also argued that restrictions on exporting the local mapping data could hinder efforts of companies to roll out global services using locations data and will deprive local consumers of cutting-edge services.
"What is most regrettable is that it could delay introducing innovative mapping services in South Korea and as a result, South Korea could be left behind in the global competition," Kwon Bom-jun, a Google engineer, said in the company's official blog in August.
Copyright 2016 The Associated Press. All rights reserved. This material may not be published, broadcast, rewritten or redistributed.