Some Cottonelle flushable wipes recalled due to potential bacteria contamination 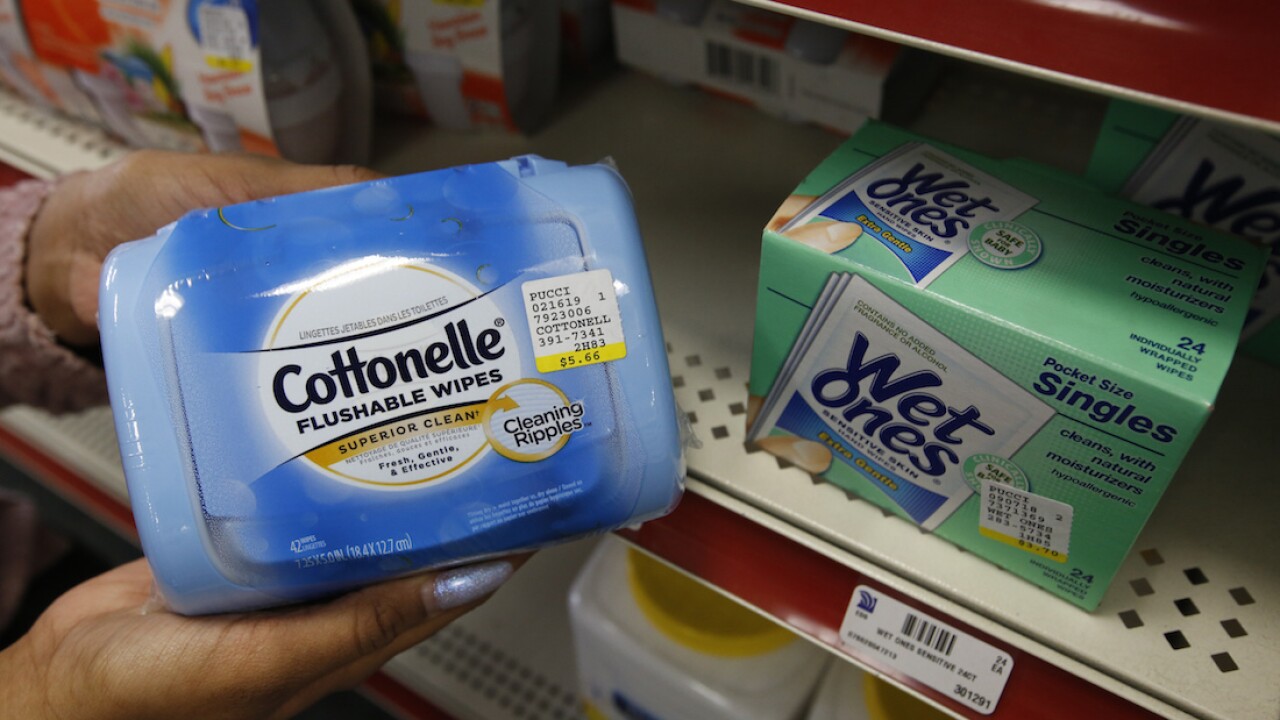 Rich Pedroncelli/AP
Kimberly-Clark has recalled some Cottonelle flushable wipes due to potential bacteria contamination that could lead to an infection. (AP Photo/Rich Pedroncelli)

Kimberly-Clark has recalled some Cottonelle flushable wipes due to potential bacteria contamination that could lead to an infection.

According to the recall notice, Kimberly-Clark voluntarily recalled select packages of Cottonelle Flushable Wipes and Cottonelle GentlePlus Flushable Wipes that were manufactured between Feb. 7 and Sept. 14 and sold in the United States, Canada, and the Caribbean.

To see if your wipes have been affected, the company provided a lot number checker on its website.

"Some of the affected products could contain the bacterium, Pluralibacter gergoviae, which is a cause of infection in humans, can be an opportunistic pathogen, and is part of the normal intestinal flora," Kimberly-Clark stated in the notice. "At this time, there is a low rate of non-serious complaints, such as irritation and minor infection, reported for the affected wipes."

The company said they had had a low rate of non-serious complaints, such as irritation and minor infection.