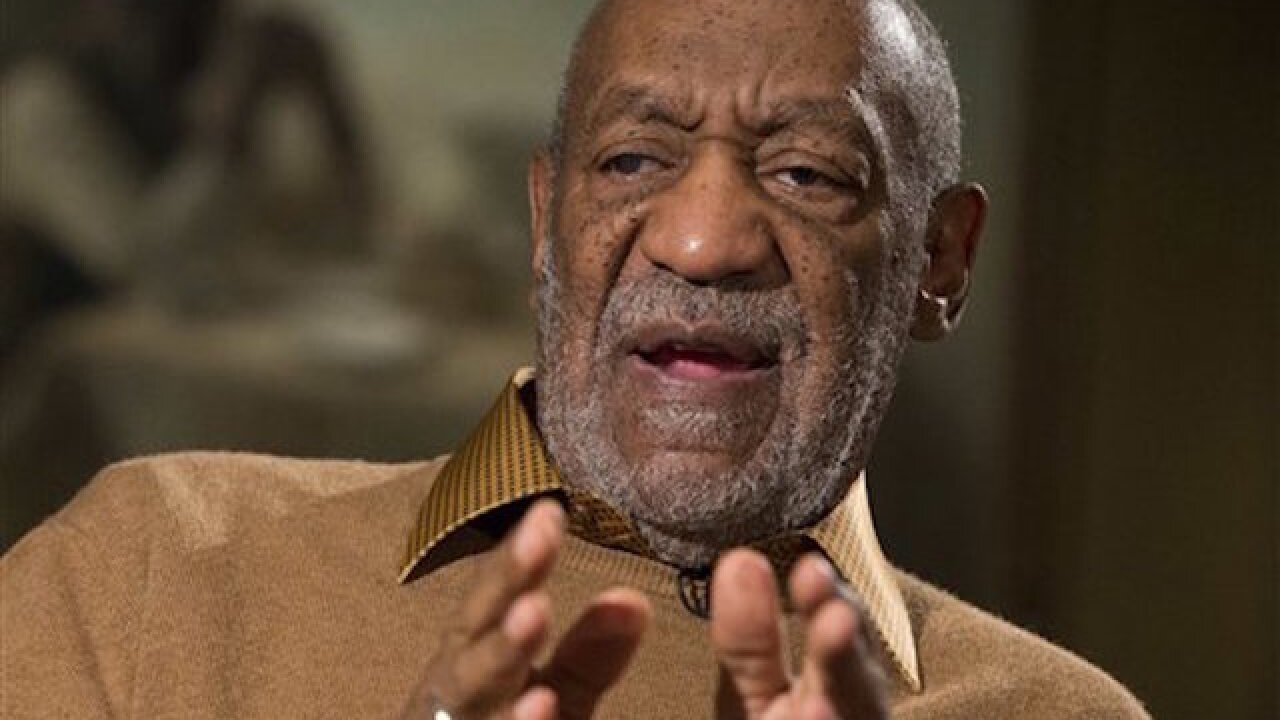 Copyright Associated Press
Evan Vucci
<p>In this Nov. 6, 2014 file photo, entertainer Bill Cosby gestures during an interview at the Smithsonian's National Museum of African Art, in Washington. The Smithsonian now plans to acknowledge the sexual-assault allegations against Cosby at its new African-American history museum on the National Mall, which will include two items related to Cosbyís career in television and standup comedy. (AP Photo/Evan Vucci)</p>

WASHINGTON (AP) — The Smithsonian now plans to acknowledge the sexual-assault allegations against Bill Cosby at its new African-American history museum on the National Mall, which will display two items related to Cosby's career in television and standup comedy.

The National Museum of African American History and Culture, which opens Sept. 24, will include the cover of a Cosby comedy album and a comic book from his pioneering TV drama "I Spy" as part of its exhibit on black entertainers and artists. Initially, the museum planned to include historical facts about the items without mentioning the allegations, drawing criticism from some Cosby accusers.

The museum's founding director, Lonnie Bunch, said in a statement Thursday that the display would address Cosby's alleged behavior, although he did not specify exactly how.

"Like all of history, our interpretation of Bill Cosby is a work in progress, something that will continue to evolve as new evidence and insights come to the fore," Bunch said. "Visitors will leave the exhibition knowing more about Mr. Cosby's impact on American entertainment, while recognizing that his legacy has been severely damaged by the recent accusations."

Dozens of women have accused Cosby, 78, of sexual abuse. Cosby was charged last year with drugging and sexually assaulting a former Temple University worker at his suburban Philadelphia home in 2004, a case that is on hold amid an appeal. He also faces several civil lawsuits.

The Smithsonian Institution also has been criticized for its recent exhibit of Cosby's personal art collection at a different museum. The exhibit was funded almost exclusively by Cosby and his wife, Camille, in the form of a $716,000 gift, which Smithsonian officials did not disclose until they were specifically asked about it by The Associated Press. The museum's director, who is close with the Cosbys, said last year that she would not have moved forward with the exhibit had she known about the allegations.

Cosby had no part in funding the new museum, and the two items that will be displayed were purchased on eBay, Linda St. Thomas, a Smithsonian spokeswoman, said earlier this week. The decision to include them was made by the curator of the entertainment exhibit, Katy Kendrick, who said it was important to acknowledge Cosby's contributions to American popular culture. He was the first black actor to star in a network TV drama, and his comedy albums were enormously popular, winning six consecutive Grammy Awards.

"This is not an exhibition that 'honors or celebrates' Bill Cosby but one that acknowledges his role, among many others, in American entertainment," Bunch said in his statement. "Some people feel that the Smithsonian should eliminate all mention of Bill Cosby as a result of recent revelations. We understand but respectfully disagree."