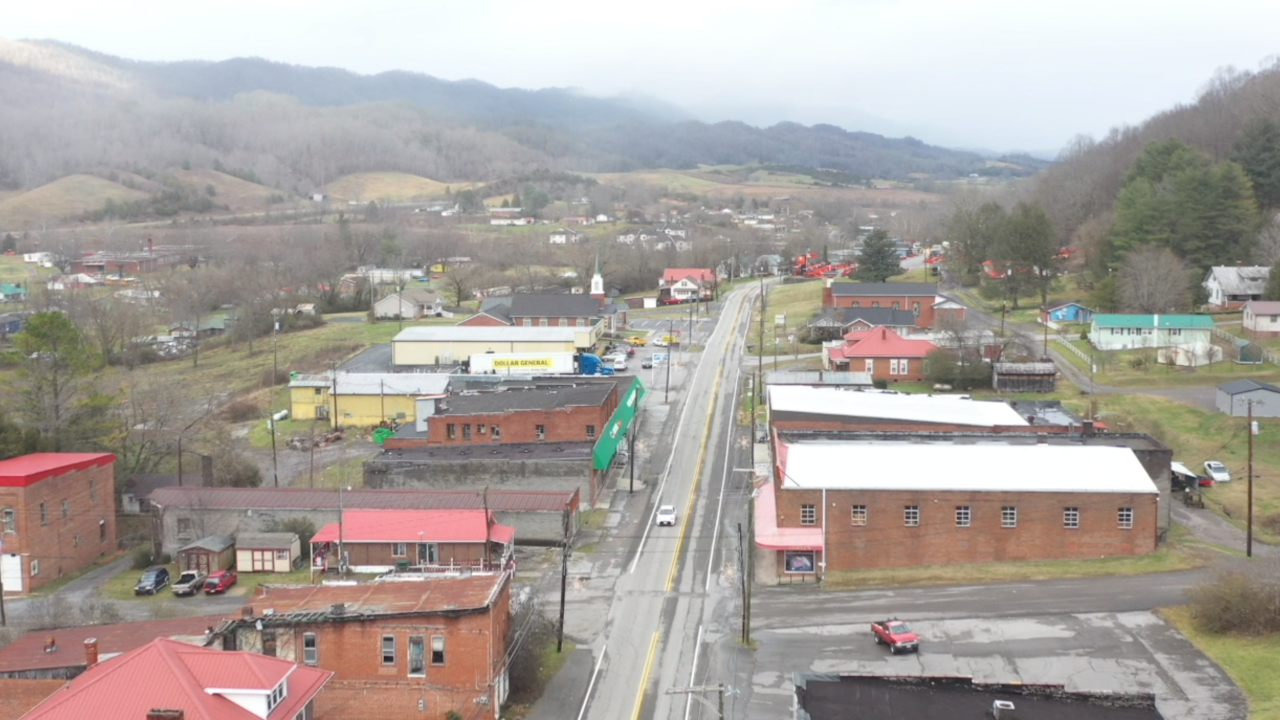 Reporter Todd Hansen picked a town at random to find the unique ways it’s impacting people’s lives and it brought him to Rose Hill, Virginia, a community of almost 800 people in the Appalachian Mountains.

That’s where he ran into Mike “Chicken Bob” Coleman, the owner of a restaurant who is full of political opinions, including those on infrastructure.

“Votes are money. Votes are money,” said Coleman. “Votes make infrastructure better. We’re not highly populated and because of that we suffer more than the towns and cities that are have population.”

Coleman says where his rural community is left behind is in education. The town’s Thomas Walker High School was built in 1939. It has seen some improvements over the years, but Coleman says not enough.

“My kids are still going to a school that has a world war two bomb shelter,” said Coleman. “Their school is heated by coal. They have no air conditioning. The air conditioning is window units that some do have some don’t.”

After 80 years, and a lot of leaks, the roof to the main building was finally replaced in 2019.

Coleman says what is acceptable in smaller communities, people would never stand for in big cities.

“We don’t have a lot of population here and I know that hurts us, but you know sometimes you got to look out for everybody, and you know I don’t really feel like this part of the state of Virginia gets a fair shake,” said Coleman.

And that's exactly the challenge for rural communities.

Lee County Administrator Dane Poe says unincorporated areas and some counties simply don't have the population and the legal authority to tax for infrastructure and schools like big cities.

Oscar Eldridge is a regular at Chicken Bob’s.

"When I was coming up, it was most of the roads were gravel around here so there's been a lot of work done on the roads in the past 20 years around here,” said Eldridge. “It’s improved a lot.”

The county is proud of its four-lane highway, plans for a new sewer system and the existing electrical grid.

“Of course, everybody always talks about high water bills and everything. We have a well, so we pump our own water. Actually, we’re hooked up on city water, but we don’t we don’t use it unless the well gets muddy.”

Coleman agrees everything else in the community, in terms of infrastructure, isn't bad. But he says schools are held back.

“I think they don’t know what’s going on here. I’ve never seen Governor Northam here. You know he’s not been here and he’s probably never going to come here because they ain’t enough votes for him to get here. People in the mountains work with what they got,” said Coleman. “And they do the best they can with what they have.”