Sixth time's the charm for Special Olympian at X Games

Sixth time's the charm for Special Olympian at X Games 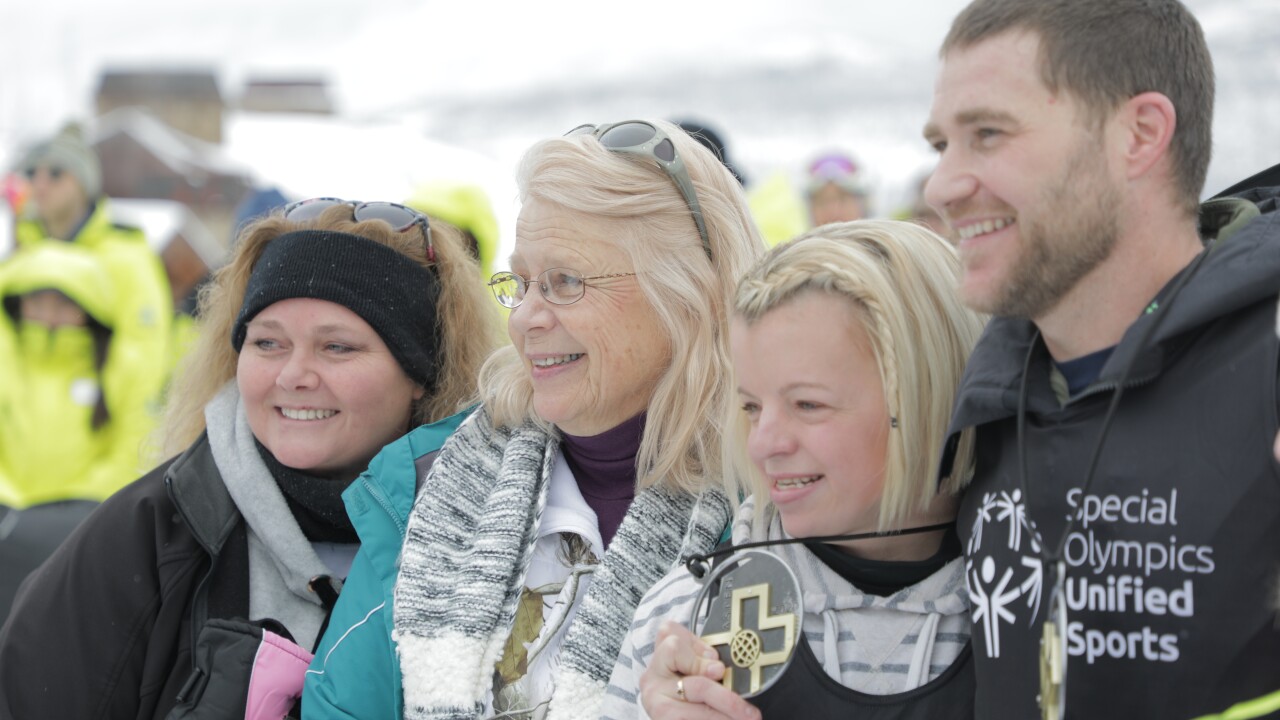 Daina Shilts has been competing in the X Games for Special Olympics athletes for six years and all she wants is gold.

“I snowboard for many reasons, it’s fun, it’s a blast, but my main top one is I’m free,” said Special Olympic snowboarder Shilts

The event pairs the Special Olympic athletes with professionals. This year, Shilts has a new partner, multi-sport athlete Mike Schutlz.

“She’s been doing this a long time. She takes it serious, I mean she’s got a race board all set up and you can tell when she’s looking down the course she means business,” said Schutlz.

“She’s got her game face on,” said Schutlz.

“I’m free from my disability, nobodies judging me, nobodies making fun of me and it’s just I’m free,” said Shilts.

But Schutlz has overcome his own challenges.

“I’ve been part of X Games since 2002 started out snocross racing professionally and then I ended up getting injured in ‘08 during a competition,” said Schutlz.

That injury cost him one of his legs.

“As of 2008, an above knee amputee. You know it slowed me down for a little bit, but I didn’t want to give up on the things I love most which was snowmobiles and dirt bike racing so I created the prosthetic equipment to get me back into action,” said Schutlz.

He’s won multiple gold medals since his injury, and now he and Shilts are looking to take gold in this competition.

Shilts thought she was coming to Aspen from Wisconsin by herself. No one from her family could make the trip.

“And then I was sitting in my school bus, waiting for a crew to get at them, just sitting by myself I thought, we can’t do this! We can’t have nobody there,” said Diana’s mom Jan.

She and Shilts's stepsister Kim decided last minute to take off and head for Aspen to surprise Diana.

Everyone was pretty excited.

But not as excited as they were after Shilts’s last run. She and Schutlz jumped into first place and were able to hang on.

“My heart was going so hard and tears were coming out and then the last run and they’re so quick," said Jan.

After six years Shilts finally got her gold

“Seeing her face coming down and she knew she won,” said Kim.