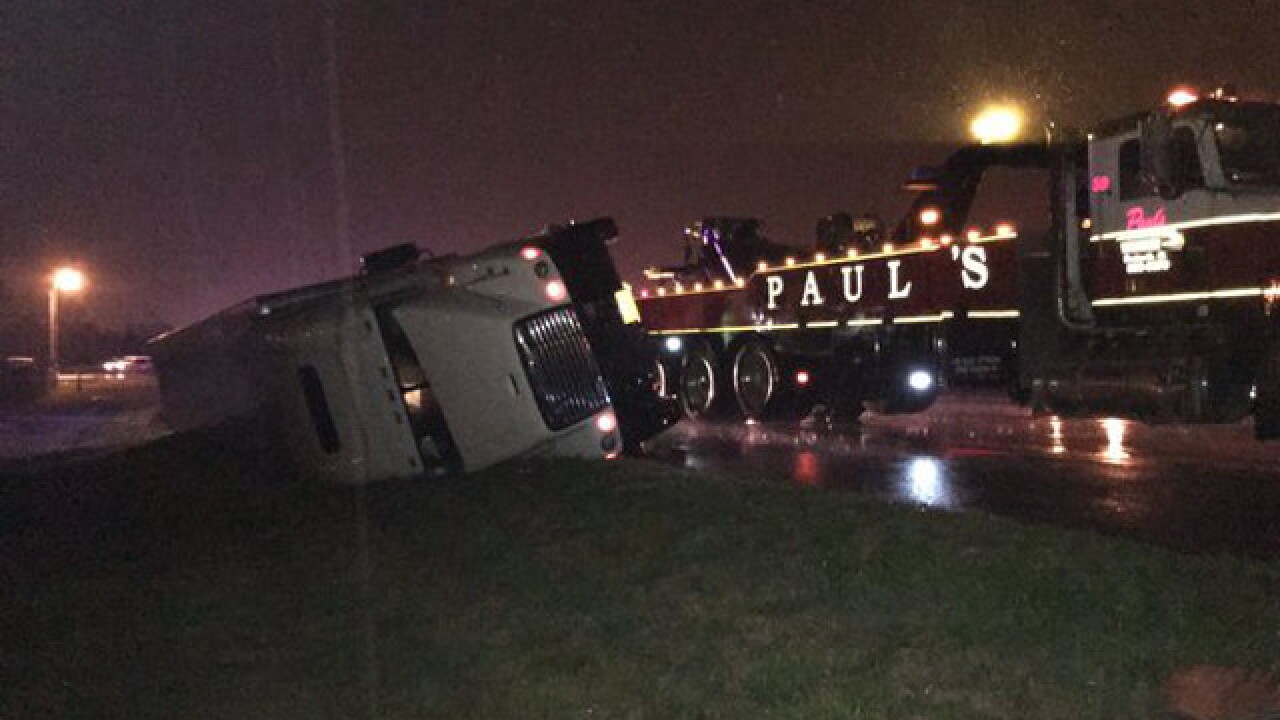 Heidi Tindle said she was playing games and watching out their front window when she saw a bright flash, heard a loud thunder clap and then a big crash. Lightning struck a tree outside and it fell on her house. Heidi said she and her puppies took shelter in the hallway and that everyone is ok. The damage was done to a spare bedroom so they weren't displaced for the night.

Semi blown over in front of Bville Municipal Airport on Hwy 60. Driver not hurt @KJRH2HD pic.twitter.com/uTWvPnCNbJ

Tina McClintic sent us this picture of a big tree limb that snapped and landed on a car, breaking the windows.

Mobile Meteorologist Jon Haverfield reported trees down and damage to a bank. His report can be watched in the player above. Elite storm chaser Dennie Brison tweeted damage in the area as well.

2 Works for You multimedia journalist John Guthery reports this damage to the Winnetka Height Baptist Church.