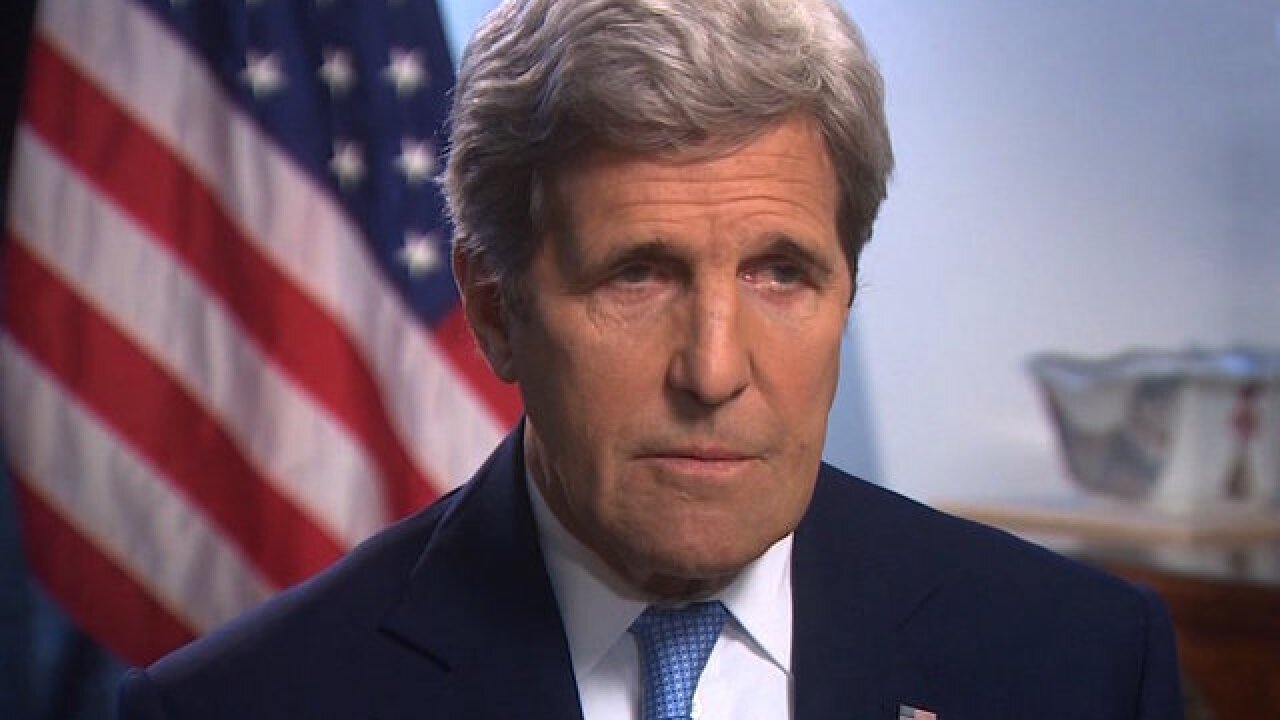 CNN
CNN
<p>Secretary of State John Kerry is expected to deliver a speech later this week on the Obama administration's vision for Middle East peace, several US officials tell CNN.</p>

The State Department on Monday formally apologized for what it describes as decades of discrimination against LGBT employees and job applicants, a rare statement meant to right wrongs that preceded current Secretary of State John Kerry.

"These actions were wrong then, just as they would be wrong today," Kerry said in a statement issued by the department in his name. "On behalf of the Department, I apologize to those who were impacted by the practices of the past."

While lauding what his State Department had done for its employees and around the globe, Kerry said the discriminatory practices had included requiring some LGBT employees to resign or not to hire job applicants because of their sexual orientation.

Kerry said the discrimination dated back to the 1940s, although he noted that the department was "among many public and private employers" that acted similarly.

Only 11 days remain in Kerry's tenure as Secretary of State. He has spent his final weeks primarily mired in crossfire over a United Nations resolution that condemned Israeli settlement construction, a policy fight Kerry sought to reframe in a high-profile speech.

Kerry has been under pressure in recent weeks to issue a public apology.

In November, Sen. Ben Cardin, a Maryland Democrat who chairs the Senate Foreign Relations Committee, wrote a letter to Kerry, published by the Washington Blade, asking that he "take steps to remedy a deep stain on our national history and that of the State Department itself: The legacy of the so-called 'lavender scare' in which hundreds of State Department employees were dismissed from service because of their perceived sexual orientation."

That call was echoed by LGBT rights groups, including the Human Rights Campaign, last month.

"While it may not be possible to make up for the damage that was done decades ago," HRC's Government Affairs Director David Stacy wrote at the time, "these small but crucial gestures would help to set the right tone at your Department as it enters a new and uncertain time in our country."

Kerry has been recognized from taking pro-LGBT steps while in office, including creating the position of Special Envoy for the Human Rights of LGBTI Persons. That position is currently held by senior career foreign service officer Randy Berry, who advocates for LGBT rights around the world on behalf of the US government.