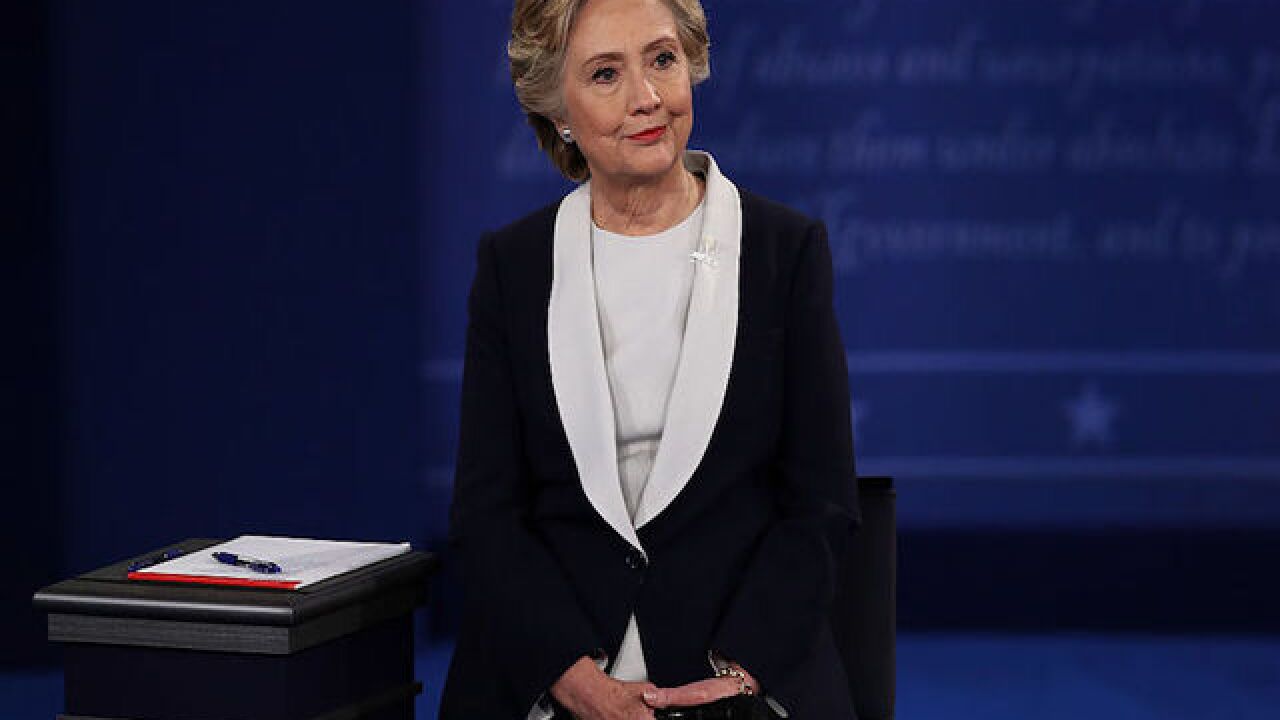 With election day right around the corner, it's now or never for presidential candidates Hillary Clinton and Donald Trump to bring everything they have to the table.

On Sunday night, Clinton and Trump faced off in the second presidential debate at Washington University in St. Louis, Missouri.

We teamed up with PolitiFact to bring you insight into how truthful the candidates were as they faced off in front of the entire nation. See how Clinton fairs against our Truth-O-Meter.

TRUE: Trump has been used as an ISIS recruiting tool.

Months ago, Al Shabaab, the East African affiliate of the al-Qaida terrorist group, once released a 51-minute video telling "Muslims of the West" that they are not welcome in countries like the United States. Ten minutes into the video, it says the United States has a history of "slavery, segregation, lynching, and Ku Klux Klan, and tomorrow, it will be a land of religious discrimination and concentration camps."
It then cuts to Trump calling for a temporary but "total and complete shutdown of Muslims entering the U.S.”
It urges American Muslims to leave the United States and join the group.
Later, Newsweek reported that an ISIS video released in the wake of the Brussels attack featured an audio clip from Trump.
"Brussels was one of the great cities, one of the most beautiful cities of the world 20 years ago. It was amazing, actually, and safe. And now it's a horror show. It's an absolute horror show," Trump says in the video, as ISIS lets the phrase "absolute horror show" repeatedly echo and fade.
TRUE: Trump’s tax plan would in disadvantage middle-class compared to wealthy.

Clinton has said New START, passed while she was secretary of state, has cut Russia’s nuclear arms.
New START has a limited impact in that it focuses on one portion of Russia’s nuclear program: deployed strategic weapons. The treaty does place tighter limits on these weapons than any past treaty. But Russia was actually already meeting the treaty’s limits, for the most part, when treaty implementation began.
Also, the treaty does not restrict either country from stockpiling weapons, nor does it require them to destroy any existing weapons.

The Southern Poverty Law Center surveyed teachers who reported an increase in bullying and harassment, particularly of immigrant and Muslim children. These teachers, unsolicited, cited Trump’s campaign rhetoric. While the "Trump Effect" is a term of the survey’s authors and the survey is based on anecdotal reports, experts say this is consistent. We rated Clinton’s claim Mostly True.