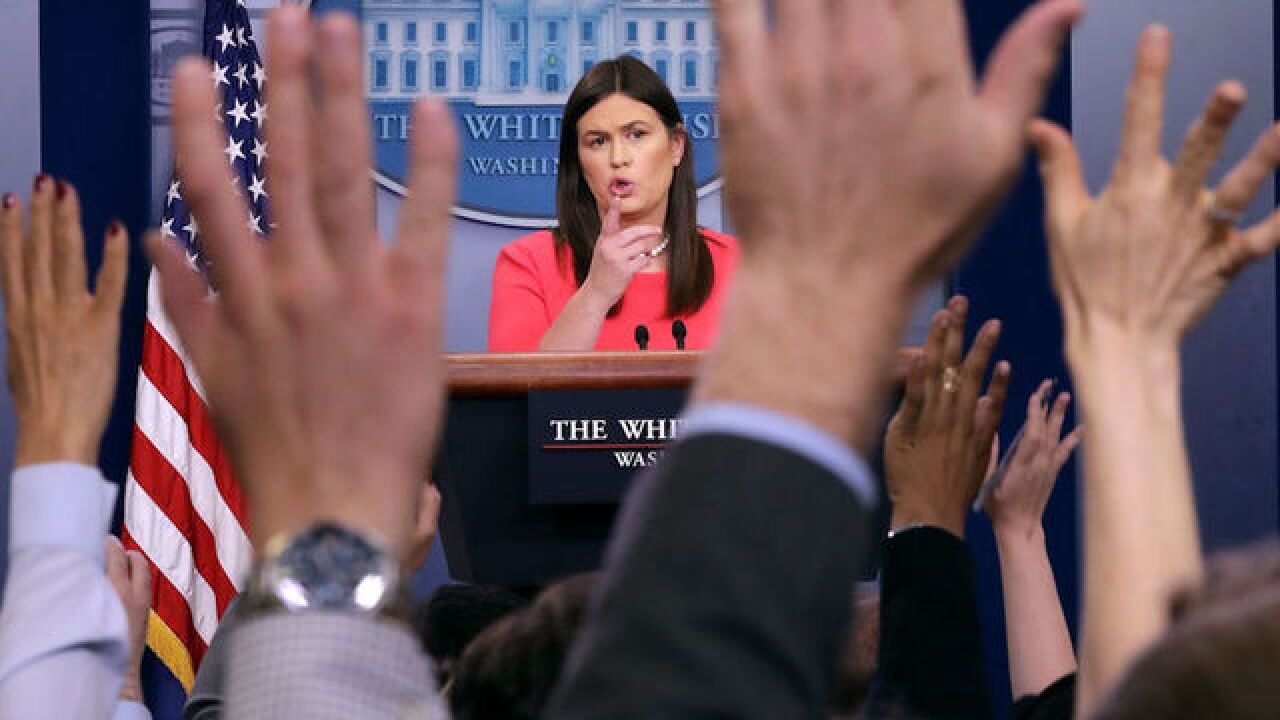 During the Wednesday afternoon news conference, Sanders added the administration is taking steps to prevent future meddling and said that is "unlike previous administrations."

Earlier Wednesday, Trump spoke during a Cabinet meeting at the White House and was asked by a reporter if Russia was still targeting the US.

"No," he responded, looking directly at the reporter.

Asked about the comment, White House press secretary Sarah Sanders, who said she spoke with Trump about his answer, said the President was declining to answer shouted questions when he said "no."

"The President said 'thank you very much' and said no to answering questions. The President and his administration are working very hard to make sure Russia is unable to meddling in our elections," she said, indicating Trump does believe Russia poses a current threat.

"We certainly believe that we are taking steps to make sure they can't do it again," Sanders added.

Trump's response, however, appeared to contradict his top intelligence official who said the opposite earlier this week. The statement came amid continued furor over Trump's remarks about election meddling made alongside Russian President Vladimir Putin on Monday in Helsinki.

Trump sought to walk back some of those comments on Tuesday. But on Wednesday he struck a more defiant tone, insisting that no other president has ever been tougher on Moscow.

On Monday, Trump's director of national intelligence, Dan Coats, emphatically said that Russia's attempts to attack the US were ongoing.

"We have been clear in our assessments of Russian meddling in the 2016 election and their ongoing, pervasive efforts to undermine our democracy," Coats wrote in a statement released after Trump appeared to side with Putin, rather than US intelligence agencies, on who was to blame for the election interference.

Two days earlier, Coats was more forceful in his warnings that Russia and other countries would continue their attempts to breach US systems.

"The warning signs are there. The system is blinking. It is why I believe we are at a critical point," Coats said on Friday. "Today, the digital infrastructure that serves this country is literally under attack."

He compared the "warning signs" to those the United States faced ahead of the September 11 terrorist attacks, and named the "worst offenders" as Russia, China, Iran and North Korea -- with Russia the "most aggressive foreign actor, no question."

"They continue their efforts to undermine our democracy," Coats said.

Trump's remarks on Wednesday are not the first time he's brushed against US intelligence assessments of the 2016 election meddling. He has repeatedly suggested that other actors may have been involved, including on Tuesday when he worked to clean up his remarks from Helsinki.

"I accept our intelligence community's conclusion that Russia's meddling in the 2016 election took place," he said, reading from prepared remarks, before adding: "Could be other people also. A lot of people out there."

On Wednesday, Trump continued his efforts to put a positive spin on his maligned Helsinki appearance, which drew condemnation across the political spectrum.

"We're doing very well, probably as well as anybody has ever done with Russia. There's been no president ever as tough as I have been on Russia," he said.