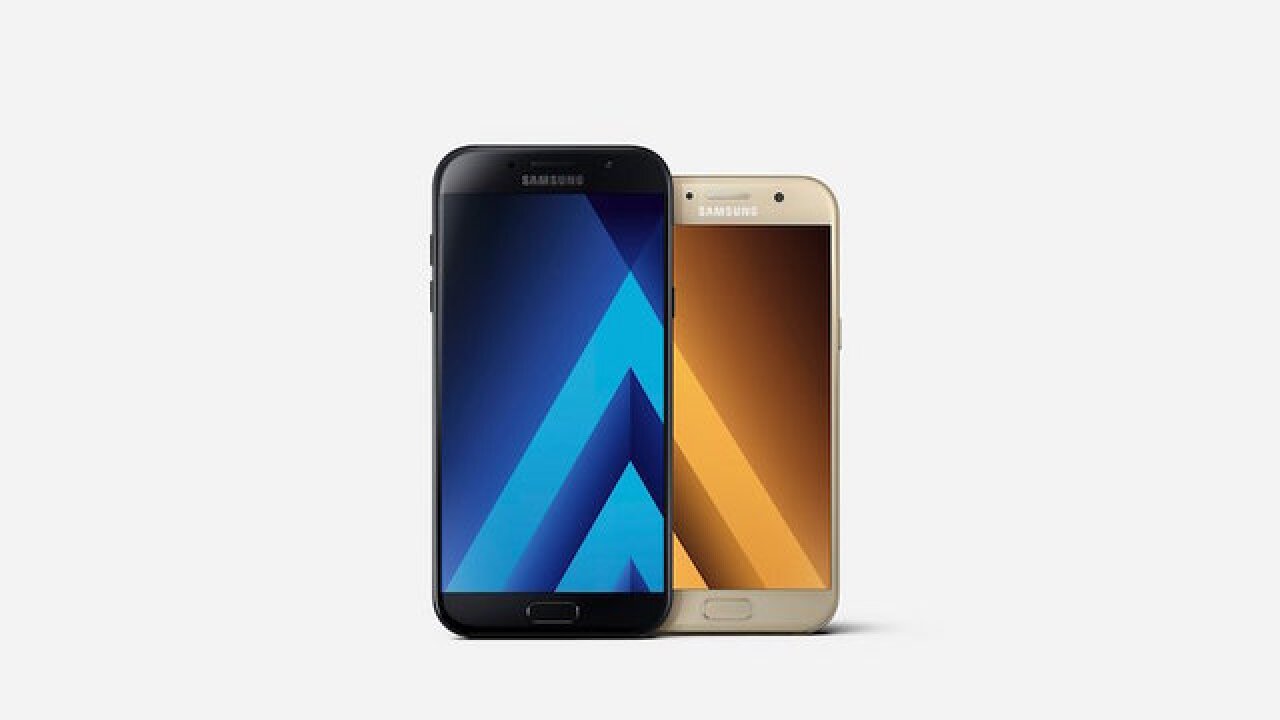 CNN
Samsung
<p>Samsung announced on Monday a batch of cheaper, water-resistant smartphones. The move marks the company's first product unveiling since the launch of the ill-fated Galaxy Note 7.</p>

The move marks the company's first product unveiling since the launch of the ill-fated Galaxy Note 7.

Later this month, Samsung will launch three new versions of its Galaxy A smartphone, the low cost alternative to the flagship Galaxy S line. As of now, the devices are set to launch in Russia and expand to other markets thereafter.

Called the Galaxy A3, A5, and A7 -- differentiated by screen size -- the devices are water and dust resistant for the first time. The phones will also include a new 16-megapixel camera, including a "selfie mode" that lets you tap anywhere to take a photo.

The A series resembles Samsung's high-end Galaxy S line and features a fingerprint sensor, metal frame and a 3D glass backing (available in black, gold, blue and pink). However, the inside of the phones pack less processing power than Galaxy S phones and and max out at just 32GB of internal storage, without an external SD card.

Pricing has not yet been announced, but the Galaxy A series devices -- which debuted in 2014 -- typically start at under $400 for the smaller-sized models. Samsung's Galaxy S line starts at $800.

The update to the line comes as the company looks to move past the Note 7 recall that cost the company billions of dollars last year. Samsung has reportedly finished its investigation into what caused some devices to catch fire, but it hasn't publicly revealed the findings.

It's next big smartphone launch isn't expected until February, but the company will show off some of its new technology at CES 2017 on Wednesday.