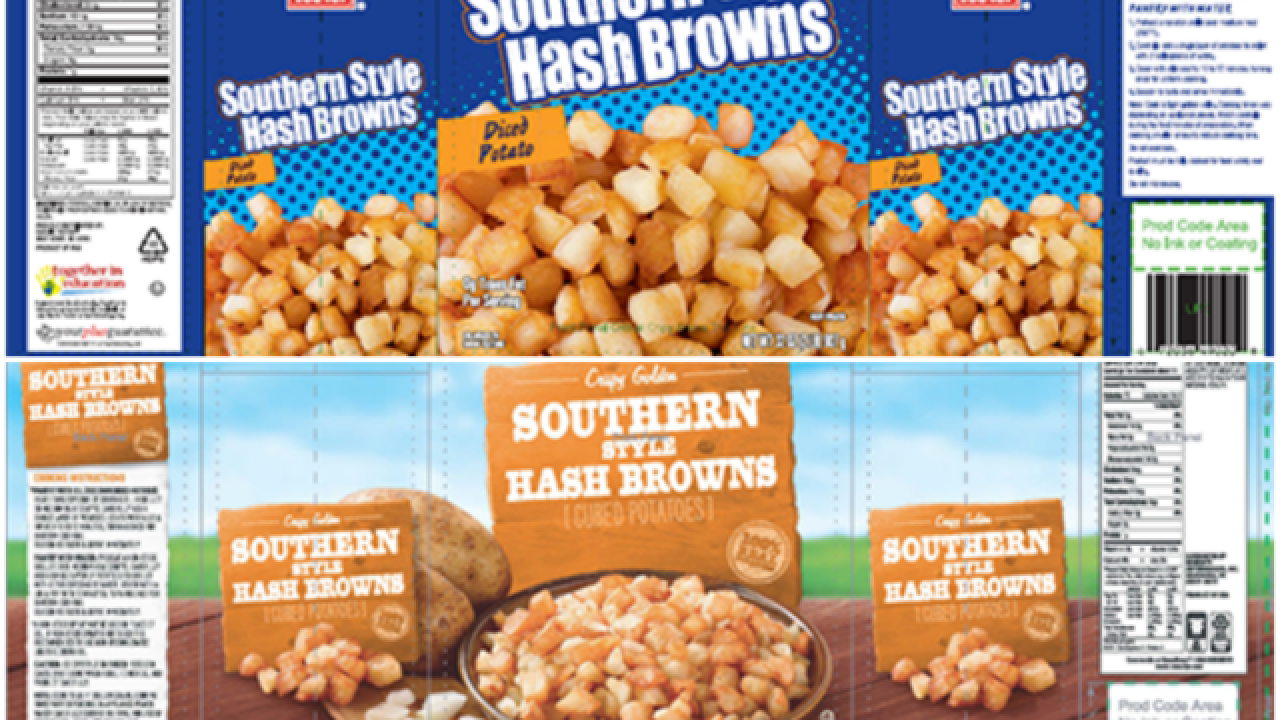 Despite what you may have heard, golf balls are not part of a balanced breakfast.

Two brands of frozen hash browns were recalled this week after the manufacturer discovered they contained "extraneous golf ball materials."

The recall was voluntarily announced by McCain on Friday and posted to the FDA's website.

The affected products were manufactured on Jan. 19, 2017 and were sold in 9 states, including Delaware, Florida, Georgia, Illinois, Maryland, North Carolina, South Carolina, Virginia and Wisconsin, as well as Washington D.C.

The production code listed on the back of the affected packages is "B170119," according to the FDA.

Swallowing the "golf ball materials" found inside these packages could cause choking or mouth injuries.

It's unclear how parts of golf balls ended up in the hash brown ingredients.