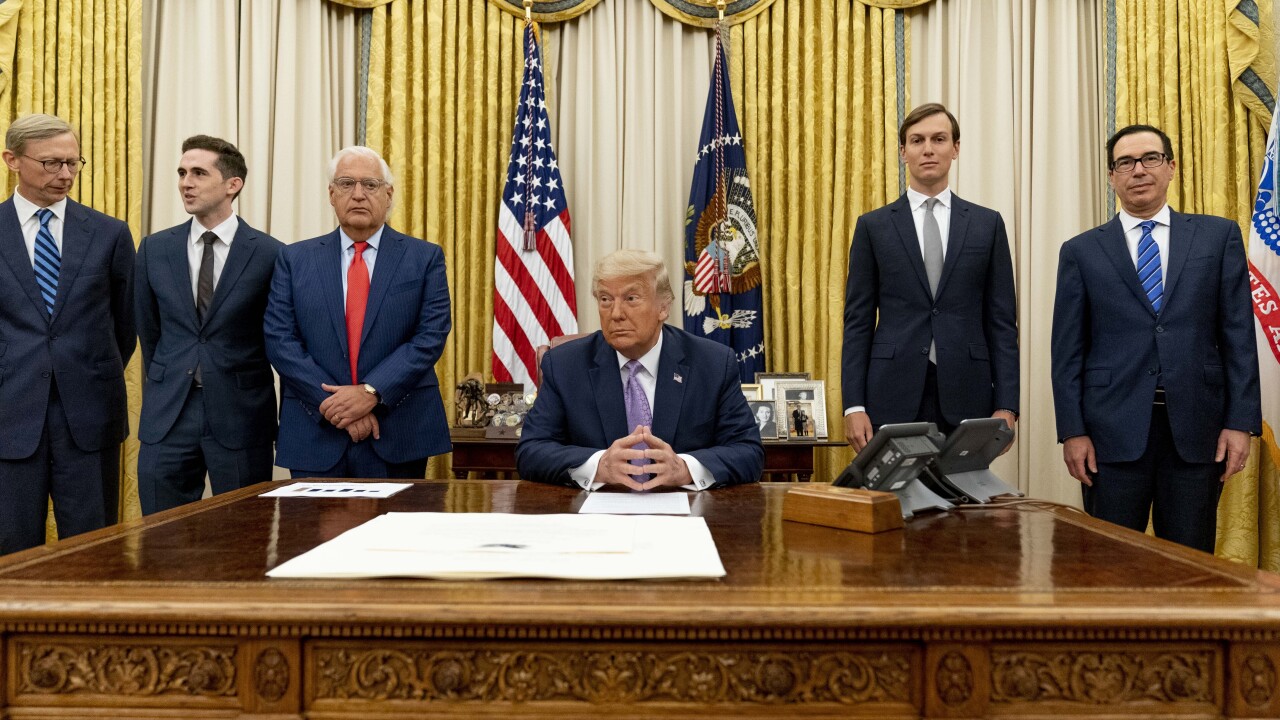 The announcement by Trump came in a tweet on Thursday, which states leaders from the three countries "spoke today and agreed to the full normalization of relations between Israel and the United Arab Emirates."

This agreement means the UAE, which is home to the cities of Dubai and Abu Dhabi, would become the first Gulf Arab state to have ties to Israel. The statement says future diplomatic partnerships are possible, saying Israel will "focus its efforts now on expanding ties with other countries in the Arab and Muslim world."

Among Arab nations, only Egypt and Jordan have active diplomatic ties with Israel. Egypt made a peace deal with Israel in 1979, followed by Jordan in 1994.

Joint Statement of the United States, the State of Israel, and the United Arab Emirates pic.twitter.com/oVyjLxf0jd

In a White House briefing on Thursday, senior advisor to President Trump Jared Kushner said that the UAE-Israel deal will allow flights from Dubai and Abu Dhabi to Tel Aviv.

"One of the biggest excuses that extremists used to radicalize the next generation is the mosque saying it is being threatened and the fact that Muslims are able to pray there," Kushner said. "This will allow for flights from Dubai to Tel Aviv which allows them to come to visit Israel peacefully and allows them to come to pray at the mosque. This is a big breakthrough. As people go there and pray and seek that it is available, they will share it with their friends. They will share pictures on social media. People will see that the mosque is safe and that all people are welcome there. This is a great step forward for the region, for the country, and for the world."