Crowds chant ‘vote him out’ as Trump pays respect to RBG 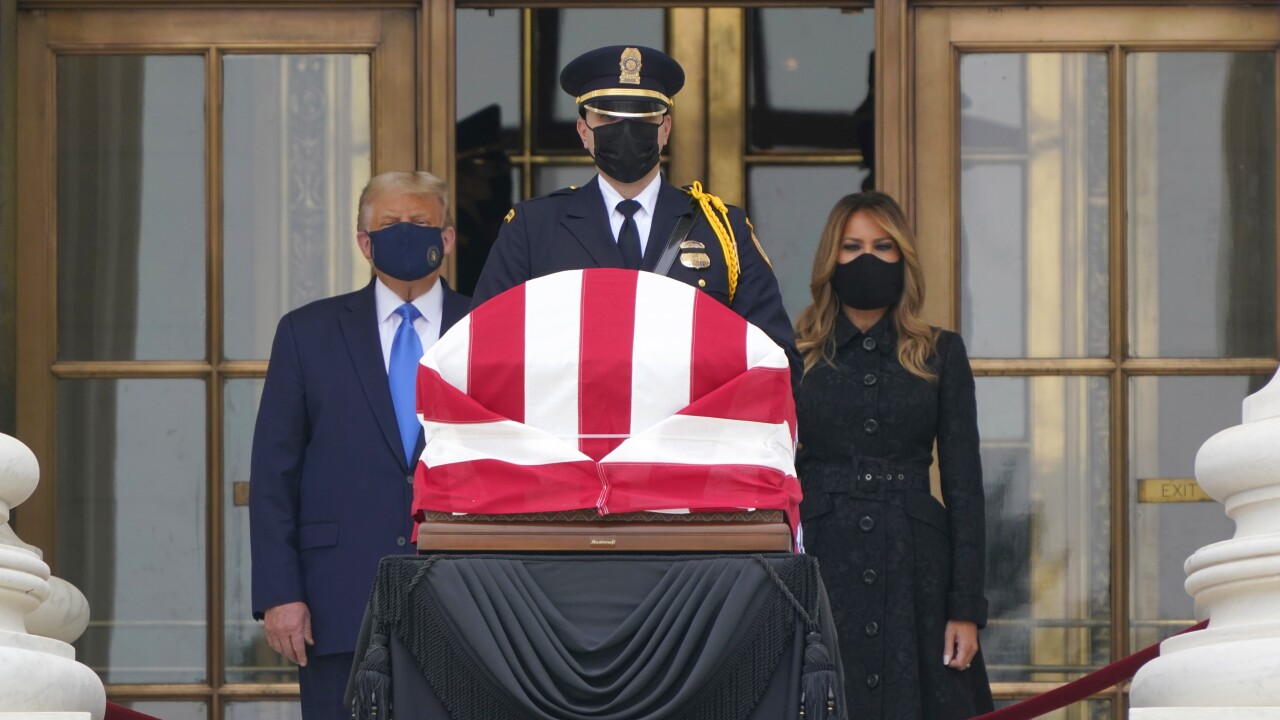 WASHINGTON, D.C. – President Donald Trump and the first lady were greeted with boos Thursday as they visited the Supreme Court to pay their respects to the late Justice Ruth Bader Ginsburg.

As Trump stood next to the justice's casket, a crowd chanted “vote him out” and “honor her wish,” referring to Ginsburg’s request that the next president should fill her open seat.

Just days before her death, Ginsburg’s granddaughter, Clara Spera, says the justice dictated this statement to her, “My most fervent wish is that I will not be replaced until a new president is installed.”

Ginsburg died last week at the age of 87. She is currently lying in repose at the Supreme Court for a second day.

The president will announce his candidate to replace Ginsburg on Saturday. His decision to name a candidate and the Senate’s decision to quickly hold hearings ahead of the November 3 election has sparked controversy.

Hundreds of mourners passed by her coffin Wednesday outside the Supreme Court, following a ceremony including Ginsburg’s family, close friends, colleagues from the court, and more than 100 former law clerks.

Friday, Ginsburg’s coffin will be moved to the U.S Capitol, where she will become the first woman to lie in state since the honor started in 1852.

A private graveside ceremony will be held next week at Arlington National Cemetery.