Two planes burst into flames within hours of each other 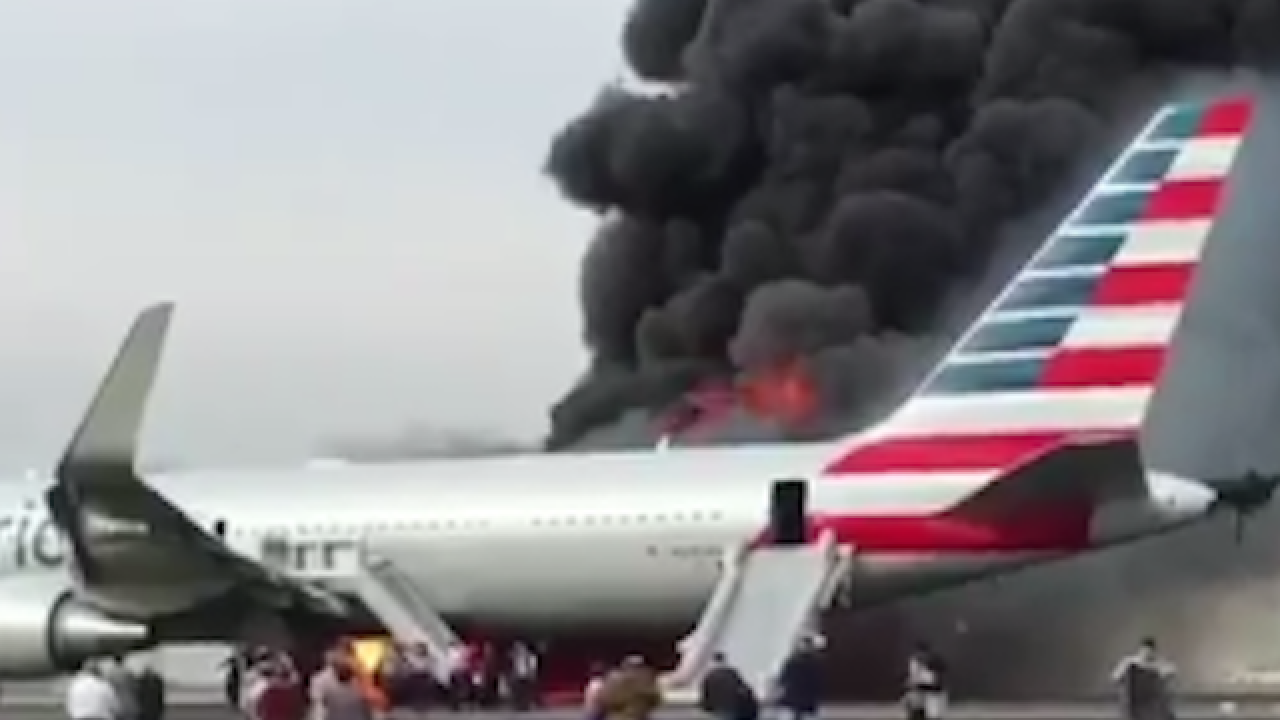 CHICAGO (AP) — Flames and heavy black smoke poured from the side of an American Airlines jet that aborted takeoff and caught fire on the runway at Chicago's O'Hare International Airport on Friday, forcing 170 crew and passengers to evacuate and resulting in eight injuries, authorities said.

JUST IN: Another plane is on fire. This one is a FedEx Plane and has caught fire at Ft. Lauderdale International Airport. More info to come. pic.twitter.com/DF6fchM6Ay

Video from Ft. Lauderdale shows a smoking FedEx plane on its side moments before a fireball erupts from what appears to be its left engine. Firefighters have since put out that fire, but Injury reports were not yet available.

According to WPLG in Miami, the landing gear on the DC-10 cargo plane collapsed as it touched down in Florida after a flight from Memphis, Tennessee. Both pilots reportedly escaped the plane.

Pilots on the Chicago plane, American Airlines Flight 383 bound for Miami, reported an engine-related mechanical issue, according to airline spokeswoman Leslie Scott. She said seven passengers and a flight attendant with minor injuries were taken to a hospital to be evaluated.

Footage from the scene showed the Boeing 767, which appeared to be damaged on its rear and along its right side, sitting on the runway with flames underneath and shooting from one side along with plumes of smoke. The right wing was drooping toward the ground and appeared to have partially melted.

Just got to O'Hare, where an American plane just landed and burst into flames. Pray for the passengers to get safely off. Quickly. pic.twitter.com/Vds1EpbSKY

Passengers came down emergency slides, hurrying across grass next to the runway as emergency vehicles surrounded the plane.

Buses were sent to pick up the passengers and bring them back to the terminal, the airline said. The passengers were to be placed on another flight to Miami Friday evening.

Plane caught on fire at O'Hare on runway during takeoff. Passengers evacuated and are now standing on runway. pic.twitter.com/5xHjN03AVv

The Federal Aviation Administration, which is investigating, said in a statement that the plane made an emergency stop around 2:35 p.m. after experiencing a problem during takeoff. An earlier FAA statement said the plane had blown a tire.

The National Transportation Safety Board will conduct an investigation into the incident, with investigators expected to arrive on the scene Friday evening, spokesman Keith Holloway said.

The Chicago Fire Department tweeted that there was an extra-alarm emergency response at the airport. Fire officials couldn't immediately be reached for further comment.

Passenger Sarah Ahmed told WLS-TV the plane was almost in the air when she heard a loud bang and saw a fire out the window.

"The plane comes to a screeching stop," she told the TV station. "People are yelling, 'Open the door! Open the door!' Everyone's screaming and jumping on top of each other to open the door."