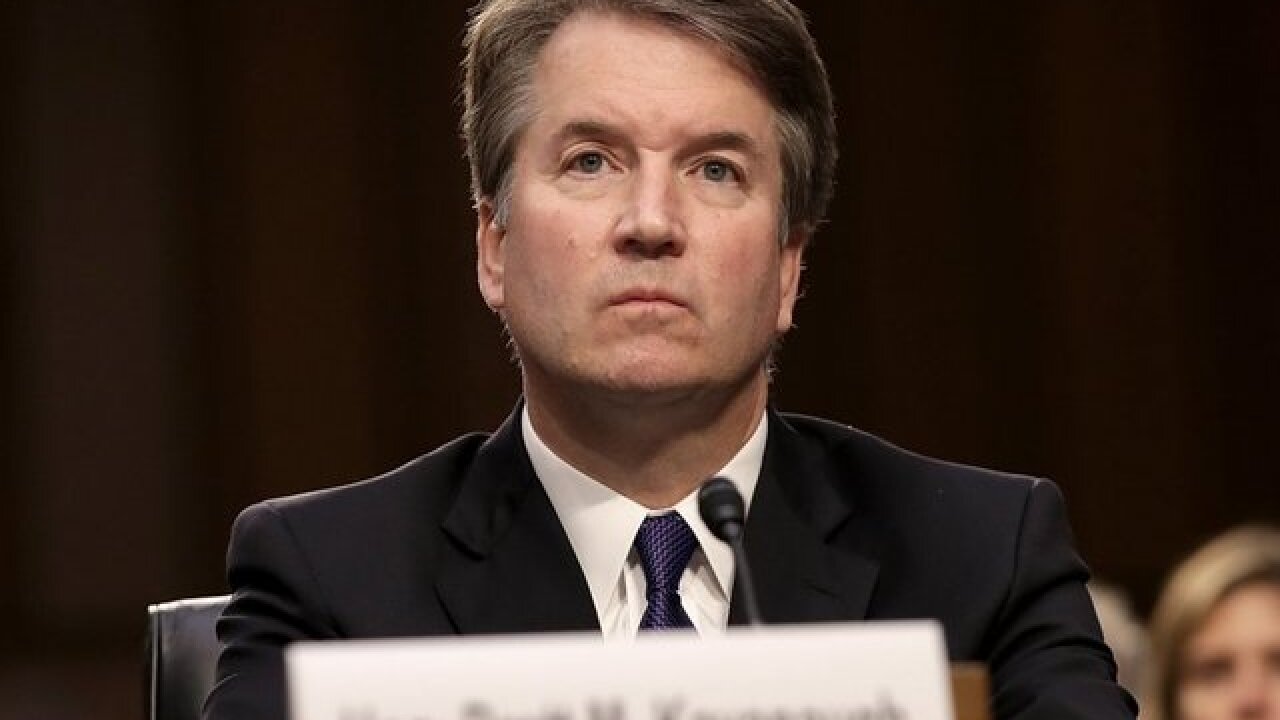 Nearly half of US voters say the Senate should not vote to confirm Brett Kavanaugh to the Supreme Court in a poll released Monday.

The poll, from Quinnipiac University, showed opposition to the Supreme Court nominee has grown since last week's hearing before the Senate Judiciary committee where Kavanaugh defended himself against accusations of sexual misconduct.

Overall, 48% of respondents oppose Kavanaugh's confirmation, up from 42% who said the same in early September. Opposition among female voters is higher, with 55% opposing his confirmation, a jump from 47% before the hearing.

The views of male voters were largely unchanged, with 40% now opposing his confirmation versus 37% in September.

The poll also found voters are finding Kavanagh's accuser, Dr. Christine Blasey Ford, more credible after her emotional testimony before the Senate Judiciary committee where she alleged Kavanaugh sexually assaulted her during a high school party in the 1980s. Forty-eight percent of voters say they tend to believe Ford, while 41% believe Kavanaugh.

"I am a fiercely independent person and I am no one's pawn," Ford said during the hearing. Kavanaugh dismissed Ford's account during his opening statement. "I'm here today to tell the truth," he said. "I've never sexually assaulted anyone."

On Friday, President Donald Trump authorized a limited week-long FBI investigation into the sexual misconduct allegations against Kavanaugh. According to the poll, almost 7-in-10 voters support reopening the FBI background check into Kavanaugh, including 90% of Democrats, 71% of independents and 41% of Republicans.

Both parties, however, face majority opposition toward their handling of the accusations, with 56% disapproving of Senate Republicans and 52% saying they disapprove of the Democrats in the Senate.

Trump's response to the situation has an approval of 42% of voters, while 49% disapprove.

The poll was conducted from September 27-30 and surveyed 1,111 voters nationwide with a margin of error of +/- 3.7 percentage points.