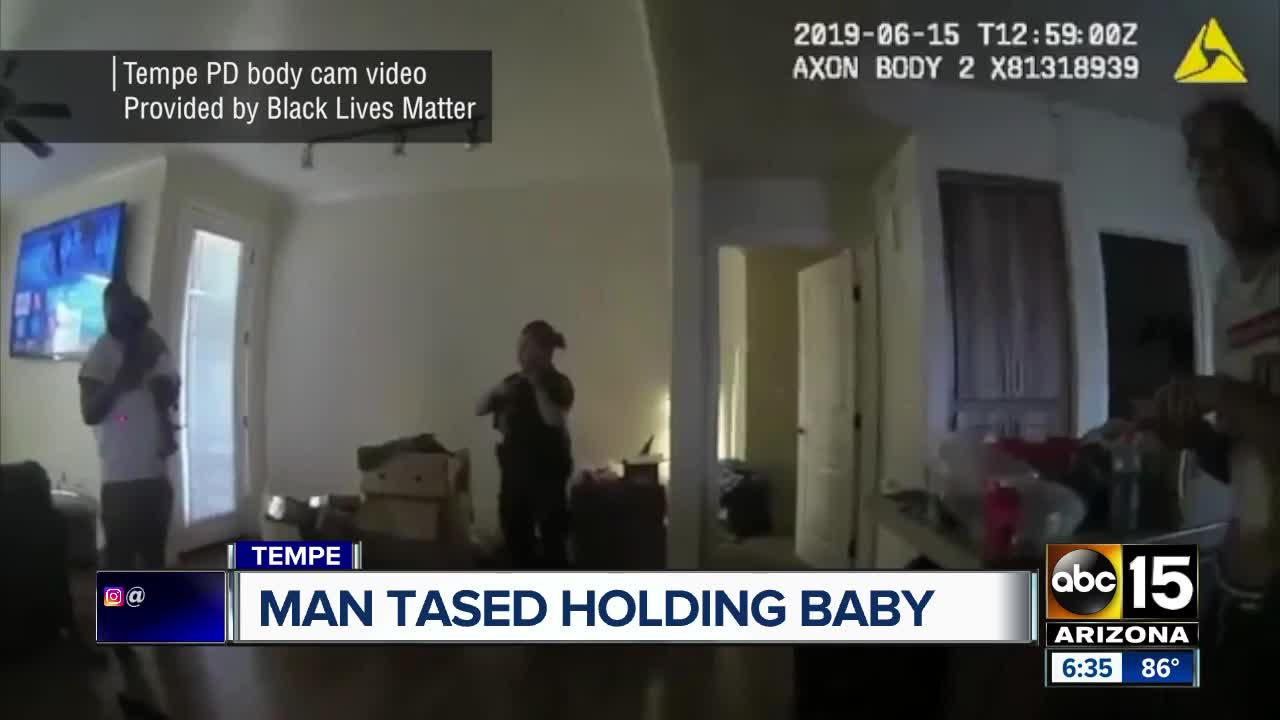 The Tempe Police Department says an officer used a Taser on a domestic violence suspect earlier this year while the suspect was holding his one-year-old child. 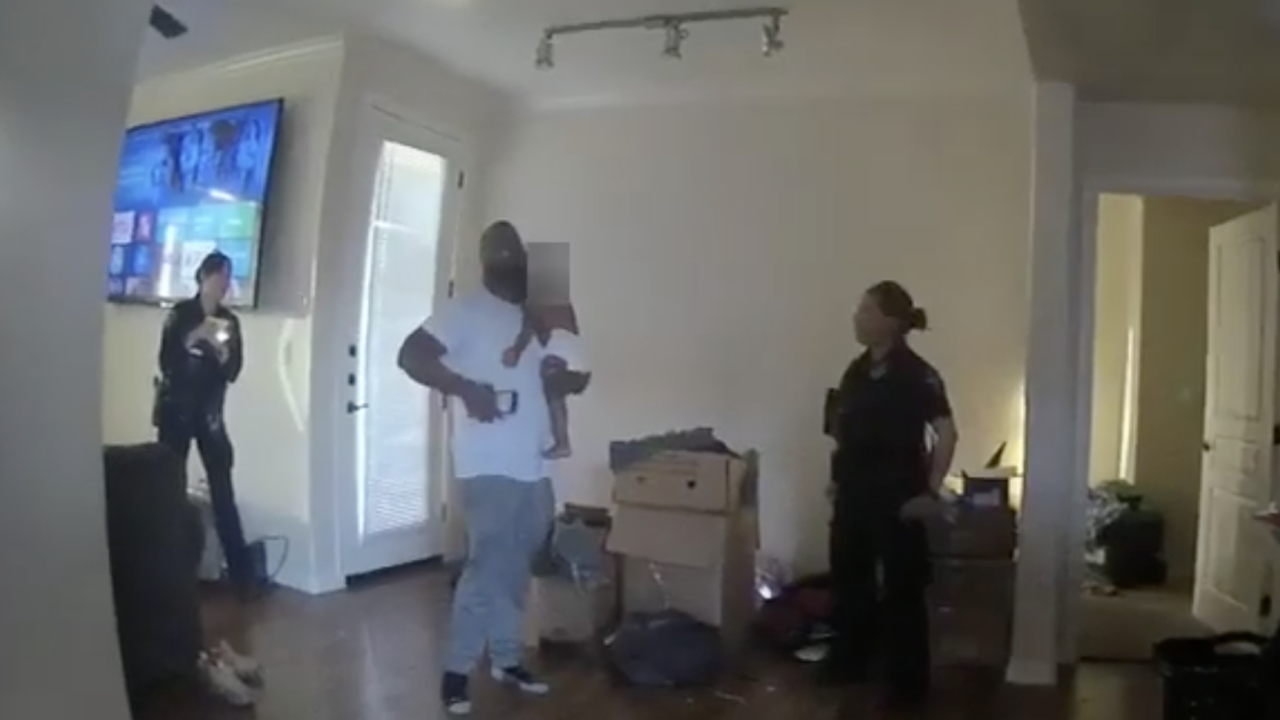 TEMPE, AZ — The Tempe Police Department says an officer used a Taser on a domestic violence suspect earlier this year while the suspect was holding his 1-year-old child.

Officers were called to the residence on June 15 for a domestic violence situation and located Ivaughn Oakry when they entered the home.

Police say they attempted to speak to Oakry, but he was verbally aggressive and non-compliant with officers. Oakry picked up a 1-year-old child during the confrontation and refused to put the child down.

As officers attempted to take the child from Oakry, police say he turned away and continued to be non-compliant.

At that point, officers say they chose to deploy stun guns on Oakry. Oakry then fell onto a pile of clothing while still holding the child. Officers were able to take the child from Oakry at that point, as he continued to resist arrest.

Firefighters responded to the scene and advised the child was not injured and was not hit by any stun gun barbs.

Tempe police say that they determined that no use of force violations were committed. Still, officers involved in the incident will receive re-training in contact communication, defensive tactics, and enhanced de-escalation techniques.

"The Tempe Police Department recognizes that training for every encounter is challenging; however, we will continue to evaluate and improve tactics, communication, and de-escalation techniques to achieve the highest standards," the department said in a statement. "The Tempe Police Department is committed to accountability, transparency and strengthening how we engage with community members during use of force encounters."

The group Black Lives Matter held a press conference Tuesday in response to the incident.

This story was originally published by KNXV in Phoenix.