Oxford Dictionaries' word of the year is... 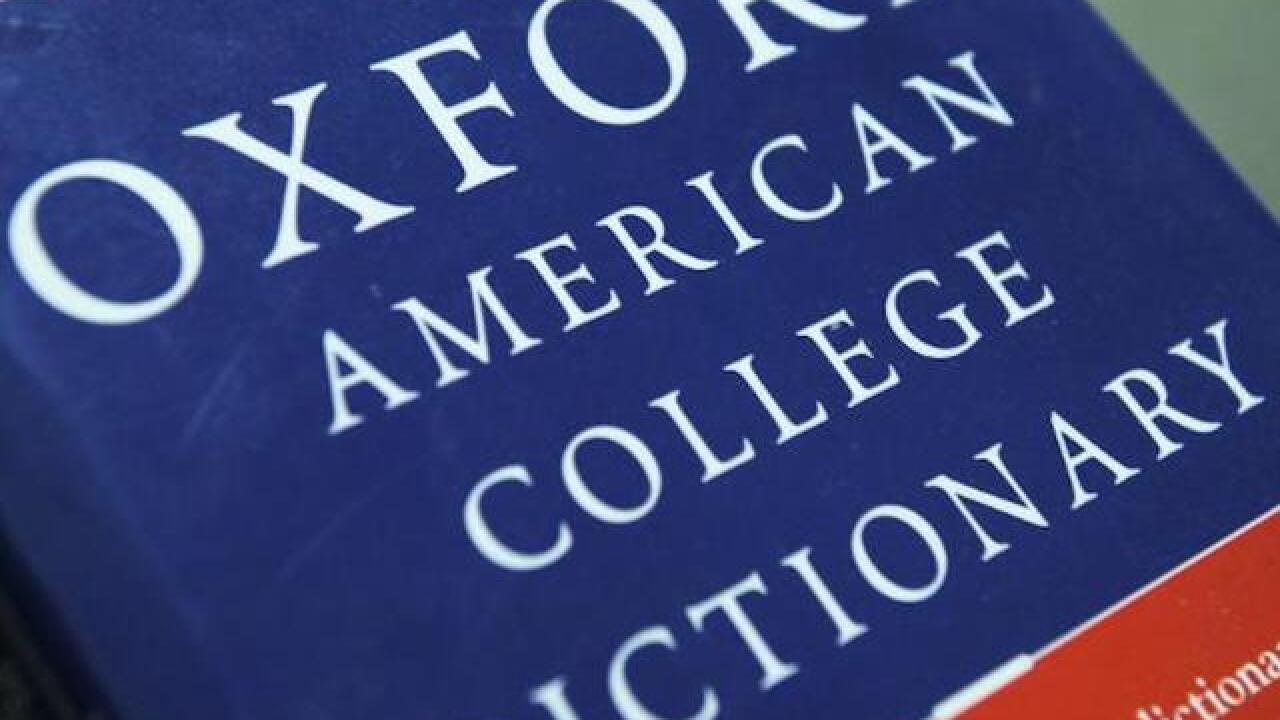 That's the view of the esteemed Oxford Dictionaries, the British publisher that has been defining language -- and our times -- for over 150 years.

It has chosen the word as its annual "Word of the Year," arguing that it's "the sheer scope of its application that has made it the standout choice," a video posted on the Dictionary's twitter page explains.

Strictly defined as "poisonous," Oxford Dictionaries says that its research shows that "this year more than ever, people have been using 'toxic' to describe a vast array of things, situations, concerns and events."

"In its original, literal use, to refer to poisonous substances, 'toxic' has been ever-present in discussions of the health of our communities, and our environment," the video explains, pointing, among other examples, to the recent increase in discussion surrounding the "toxicity of plastics."

But it adds that "toxic" has "truly taken off into the realm of metaphor, as people have reached for the word to describe workplaces, schools, cultures, relationships and stress."

It adds the "Me Too" movement has "put the spotlight on toxic masculinity" whereas in politics more broadly "the word has been applied to the rhetoric, policies, agendas and legacies of leaders and governments around the globe."

It certainly seems to have made its mark on CNN -- with around 600 news stories and opinion pieces online featuring the word in 2018 so far, popping up in articles about everything from US President Donald Trump, to conspiracy website Infowars, the national debt, Michigan's drinking water and Tide pods.

Part of Oxford University Press (OUP), a department of the University of Oxford, the dictionary has, in the past, turned to neologisms to describe the zeitgeist. In 2017, its Word of the Year was "youthquake," defined as "a significant cultural, political, or social change arising from the actions or influence of young people."

Previous years have also been influenced by the political landscape, with 2016 taking its cue from the Brexit referendum and US presidential election to choose "post-truth" as its word. The year before, however, it broke with tradition to choose the "tears of joy" emoji.

The Word of the Year is chosen from a shortlist "drawn from evidence gathered by (its) extensive language research program, including the Oxford Corpus, which gathers around 150 million words of current English from web-based publications each month," according to the publisher's Word of the Year website.