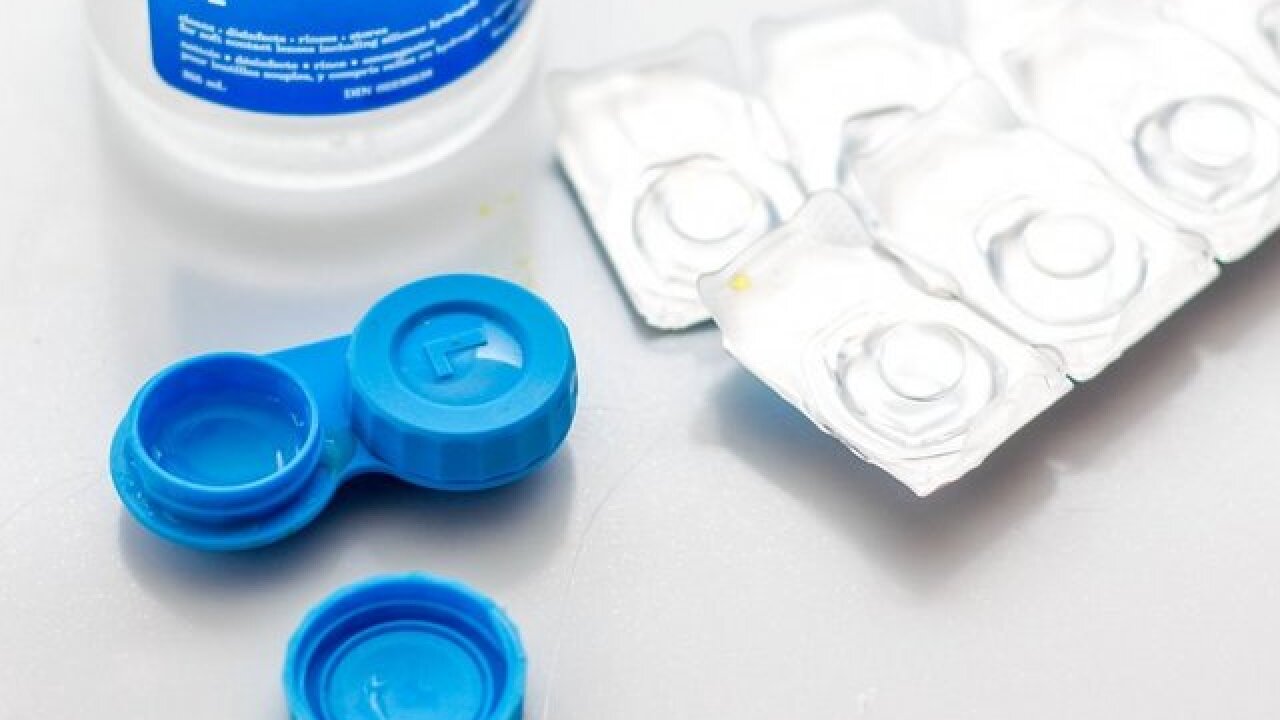 An ongoing outbreak of a rare eye infection has been discovered in contact lens wearers in the UK, a new study reveals.

Researchers at University College London found that rates of Acanthamoeba keratitis, an infection of the cornea, have nearly tripled since 2011 in the southeast of England.

Infection with Acanthamoeba, a cyst-forming microorganism, causes an inflammation of the cornea. Symptoms include excessive pain and compromised vision.

The disease is mostly preventable, said Dr. John Dart, a consultant ophthalmologist at Moorfields Eye Hospital who led the research.

"It was clear that there is a problem," he said. "Acanthamoeba keratitis is one of the worst corneal infections."

Studies suggest that about 2 in 100,000 contact lens wearers in the UK are affected each year, aided by the way water is stored and supplied there, according to Moorfields Eye Hospital, meaning case numbers are higher in the UK than in other parts of the world.

In the United States, the Centers for Disease Control and Prevention estimates occurrence at one or two cases in every million lens wearers; 85% of cases will occur in lens wearers.

The new study identified a surge in the UK.

Dart's team analyzed incidence data collected by Moorfields, where cases across the southeast of England are treated, and found an average of 50.3 cases of Acanthamoeba keratitis per year between 2011 and 2016, up from an average of 18.5 in prior years, between outbreaks.

"Acanthamoeba keratitis is a rare infection, but when it occurs, it has a devastating effect for a long period of time on the patient's life," Dart said. "Only 70% of patients were cured within 12 months. For the remaining 30%, the treatment took over a year."

The researchers say their findings apply across the UK, given that Moorfields Eye Hospital treats more than 35% of the country's cases.

Acanthamoeba keratitis is 20 times less likely than bacterial infections among contact lens wearers. Severe occurrences take up to 10 months to treat with antiseptic eye drops followed by 38 months of followup visits, according to the new study.

The most severe cases also lead to a permanent 75% decrease in vision because of scarring of the cornea, with a quarter of patients requiring corneal transplants, Dart said. He explained that corneal transplant surgeries are sometimes necessary to treat holes in patients' eyes due to ulcers caused by the infection or to restore vision.

She remembers waking one morning in January that year with horrific pain and a sore eye "that was very sensitive to bright light." The pain worsened over time, and Ekkeshis knew that something was "very wrong" with her eye.

Her treatment took three years because the standard treatment with antiseptic eye drops was not effective. She had to undergo several other procedures, including two corneal transplant surgeries, she said.

"The Acanthamoeba organism is very resistant to drugs, which is the main reason some patients' treatments take such a long time," said Larkin, who was not involved in the new study.

Almost eight years after her diagnosis, Ekkeshis regularly visits Moorfields because of problems linked to her cornea transplant.

She now campaigns to increase awareness of the infection, specifically advocating for a written warning on contact lens packaging on the importance of avoiding their contamination with water -- one way to prevent the infection.

Ninety percent of Acanthamoeba keratitis cases in the UK are discovered in contact lens wearers, due to most risk factors being related to lens hygiene, Dart said.

The infection is most commonly found in hard-water areas, where lime scale allows for an optimal environment for the Acanthamoeba microorganism to grow.

A separate analysis in the study on more than 270 people who use reusable contact lenses found that the risk of developing the disease was more than three times higher among those with poor contact lens hygiene, people who did not always wash and dry their hands before handling their lenses, those who used disinfectant products containing Oxipol (now phased out by the manufacturer), and people who wore their lenses in swimming pools or hot tubs.

Showering and face-washing while wearing contact lenses are also likely to be risk factors, the study found.

"There is an increased risk with a particular disinfectant, Oxipol, and it is good news that the manufacturer has phased it out," said Dr. Ravi Goel, a US ophthalmologist and spokesman for the American Academy of Ophthalmology, who was not involved in the new study. "Any infection related to contact lens use is serious. [This] is a rare form of infection, so we need to raise our patients' awareness."

"You cannot point at just one risk factor. ... That is the most important part of the study."

Dart advises contact users to buy daily disposable contacts or else ensure that lenses and their containers are not contaminated by tap water.

"There has been a gradual and large increase in AK in contact lens wearers, despite more people are using disposable contact lenses, which carry a lower risk of the infection."