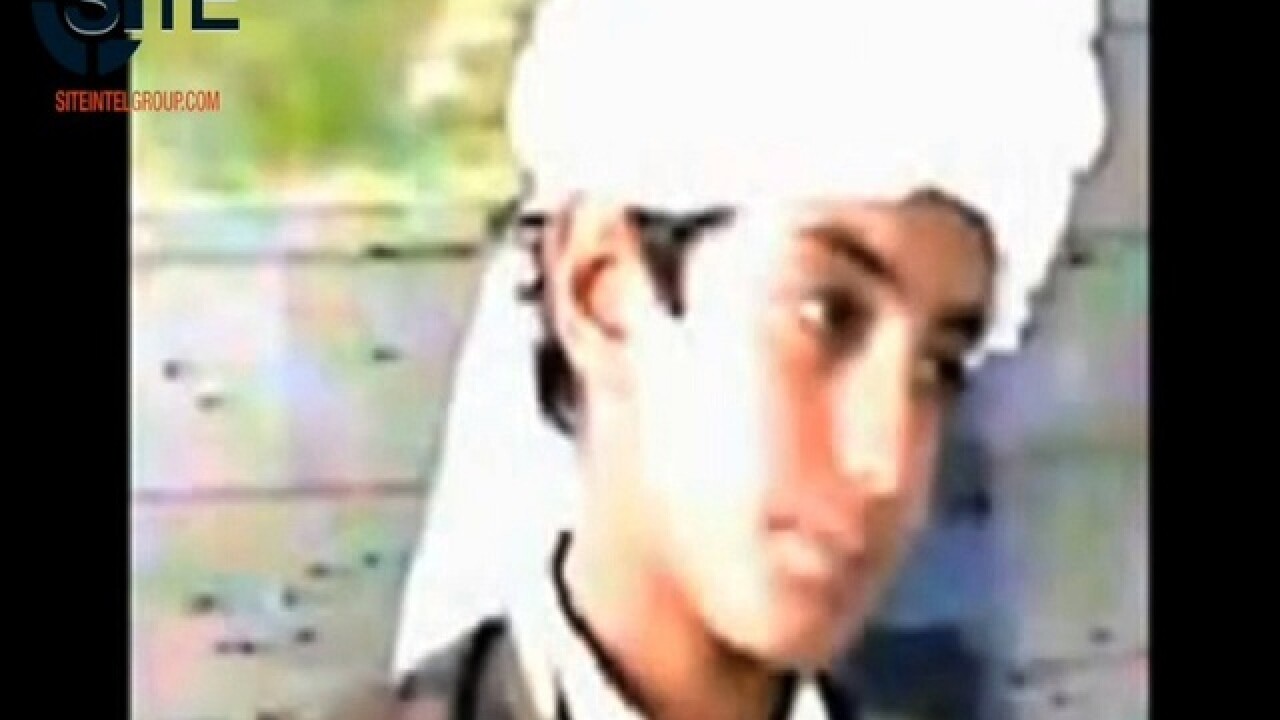 Copyright 2017 Scripps Media, Inc. All rights reserved. This material may not be published, broadcast, rewritten, or redistributed.
Al Qaeda Via SITE

WASHINGTON (CNN) -- One of 9/11 mastermind Osama bin Laden's sons has been placed on a State Department terror watch list after he reportedly threatened terror attacks against the US.
Hamza bin Laden was named as a "Specially Designated Global Terrorist," which "imposes sanctions on foreign persons determined to have committed, or pose a serious risk of committing, acts of terrorism that threaten the security of US nationals or the national security, foreign policy, or economy of the United States," according to a release from the State Department.
Groomed for leadership?
The department said that in August 2015, Hamza bin Laden was officially announced by al Qaeda senior leader Ayman al-Zawahiri as a member of the terror organization.
That same year, in an audio message released by al-Zawahiri, Hamza bin Laden called for "lone offender attacks against US, French, and Israeli interests in Washington, DC; Paris, France; and Tel Aviv, Israel."
In July 2016, al Qaeda issued another audio message from Hamza bin Laden threatening revenge against the US for his father's death and warning Americans they would be targeted at home and abroad.
The State Department said he "is actively engaged in terrorism" and "as a result of this designation, all property subject to US jurisdiction in which Hamza bin Laden has any interest is blocked and US persons are generally prohibited from engaging in any transactions with him."
The-CNN-Wire
™ & © 2017 Cable News Network, Inc., a Time Warner Company. All rights reserved.
Copyright 2017 Scripps Media, Inc. All rights reserved. This material may not be published, broadcast, rewritten, or redistributed.