Reward for Orlando shooter at $100,000; wanted in slaying of ex-girlfriend and police officer 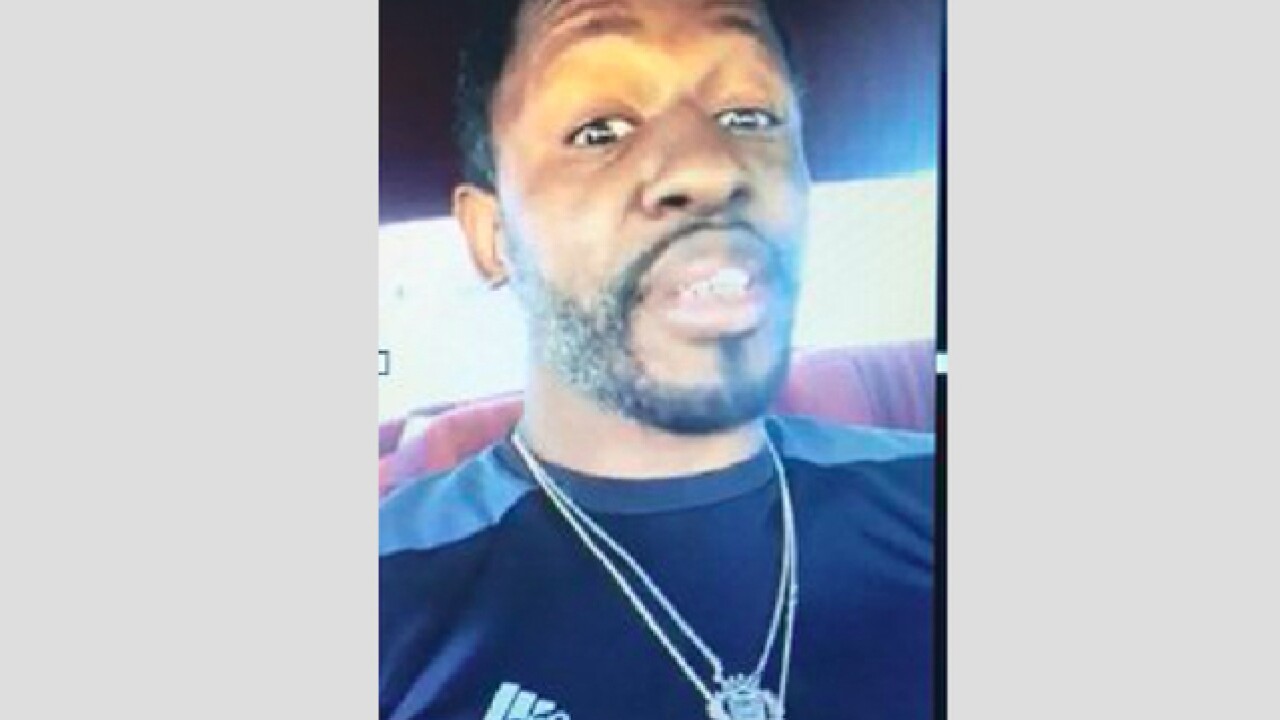 The massive search for a man suspected of killing his pregnant girlfriend and gunning down an Orlando police officer has expanded beyond Florida, police said Tuesday.

Markeith Loyd has been on the run since Monday morning when police say he killed Master Sgt. Debra Clayton as she tried to confront the murder suspect outside a Walmart.

The manhunt for Loyd has already led to several injuries and the death of Orange County Sheriff's Deputy 1st Class Norman Lewis, who died in a motorcycle crash while searching for him.

As hundreds of law enforcement officers scramble to find a man called "armed and extremely dangerous," here are the latest developments:

"The Orlando Police Department, the Orange County Sheriff's Office, the FBI, the Florida Department of Law Enforcement, homeland security, the U.S. marshals — everyone is working to capture him," he said earlier.

"We believe that people who know where he is will want that money," he said.

Suspect said he wanted to be on 'America's Most Wanted'
Two weeks before Loyd was accused of killing his pregnant girlfriend, Sade Dixon, he posted a message on Facebook: "Goals!!!! To be on Americas most wanted"

On Monday morning, Clayton received word that Loyd was near a local Walmart. She tried to confront him.

"As soon as she said, 'Stop,' he basically opened fire on her," Mina said.

A witness outside the Walmart described a similar scene.

"I was walking down the sidewalk, right past the officer, and I heard her tell him to stop, or whatever, and he shot her," witness James Herman told CNN affiliate WFTV-TV in Orlando. "He shot her down."

Clayton was a first responder to Pulse massacre
Clayton's death was the latest blow for the Orlando Police Department, which is still reeling from the June massacre at the Pulse nightclub that left 49 people dead.

"Unfortunately we still have officers that are struggling with the Pulse tragedy," the police chief said. "It's been a tough seven or eight months for us."

"Like many of other officers here, she was a first responder that had to go to Pulse in the early morning hours to assist," Mina said.

The pursuit
After the shooting, Loyd fled in a car and fired shots at another officer, police said. That officer was not seriously injured.

The suspect then abandoned the first vehicle and carjacked another one. He ditched that second vehicle shortly afterward and ran into an apartment complex, Mina said.

It's unclear where he is now. But a "be on the lookout" alert has been sent nationwide, which is standard procedure with Florida murder suspects, said Guido, the police spokeswoman.

"I believe there have been people out there helping him all along," Mina said. "If we find out about those people, we will criminally charge them."

He said Loyd would be charged with first-degree murder of a law enforcement officer and attempted murder of the officer at whom he fired.

Colleagues mourn deaths of longtime officers
Two departments must now hunt for the suspect while grieving the deaths of their colleagues.

Clayton, the Orlando police master sergeant, was married and the mother of a college-age son.

"I've known Debra for 17 years. She was extremely committed to our youth and the community," the police chief said. "She did so many different projects in the community. She organized several marches against violence by herself."

Lewis, the sheriff's deputy killed in the crash, was also known as "Big Norm," friends said.

"'Big Norm' was known as much for his infectious ear-to-ear smile as he was his 6-foot-3, nearly 300-pound towering frame," Orlando attorney Brian Sandor said. "His smile and laugh took over any room he was in."

Orange County Sheriff Jerry Demings said his department is grappling with the loss.

But "while we're processing our own emotional feelings," he said, "we still have a job to do."

"Sadly, on that day, we lost two of our brave officers," Sessions said.

He said Clayton and Lewis "dedicated their lives to keeping their communities safe, and we should remember their service and keep them and their families in our prayers."