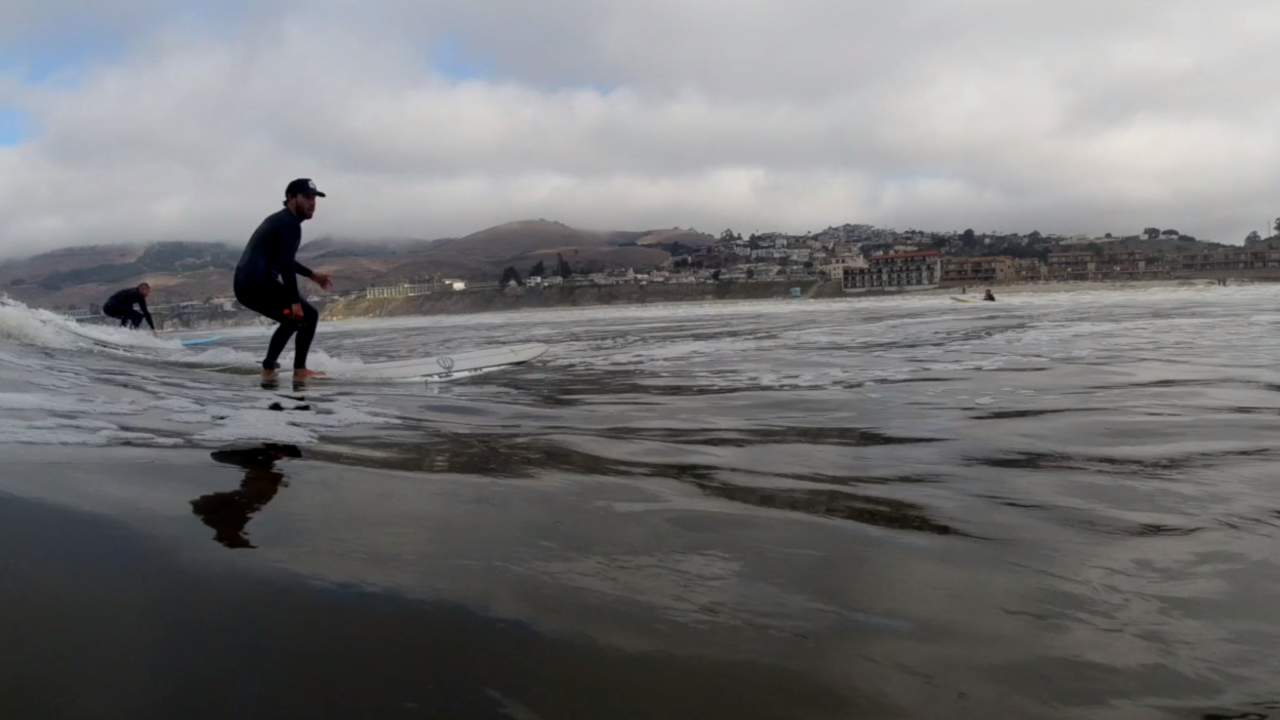 AVILA BEACH, Cali. – The ocean has healing powers and for some former soldiers, it can help wash away the ugliness of war.

U.S. veteran Ash Legion had a hard time transitioning to life outside the military.

“For a long time, it was just a race to get blacked out,” said the former Marine Corps. Sgt.

Now with the help of Operation Surf, a surf camp designed to help veterans, Legion has been able to step out of the darkness by stepping into the water.

“I’m in a good place. Everybody is having a good time. Party wave!” said Legion. “It’s given me so much than I could have imagined. Honestly when I moved here, I had a wetsuit and I had no one to surf with. I had no friends. I didn’t know anybody here and then I met Dan.

Dan Szentesi, lead surf instructor for Operation Surf, has spent the past seven years teaching veterans how to ride waves.

“I don’t want to sound cliché, but a lot of people talk about how it saves their life,” said Szentesi.

Operation Surf is now in its 10th year – and is growing, going from a weekend event once a year to now operating nearly year-round in northern, central and southern California.

“Watching people catch their first wave is pretty amazing. It’s like a light goes off and people tend to feel like it’s something that they haven’t experienced before…something they’ve been missing,” said Szentesi.

After finding surfing, these veterans say they can’t imagine life without it.

“It’s made a big difference. I found my solace again,” said Ron Holtgrew, who was a Lance Corporal in the Marine Corps.

Once a week, Holtgrew drives two hours from Fresno to the central coast to get in the ocean.

“I was one of those vets who didn’t think that I needed this program. I went through it and once I figured out what they were trying to do here with the healing powers of the ocean. I don’t stop coming,” said Holtgrew.

The healing powers can help rinse away pain and PTSD.

“It’s pretty damn close to a gun fight,” said Jordan Meyers, a U.S. veteran. “Just sheer adrenaline but you come out smiling instead of coming out kind of messed up in the head.”

Operation Surf’s funding comes completely from donations and grants – investments in the sport and the soul.

“As a spouse of a veteran myself, I started witnessing my husband come home, he smiled a little bit more, he laughed, he was telling me who he was surfing with how he got that epic left,” said Mackenzie Rana with Operation Surf.

And finally feeling right by helping these vets transition from soldiers to civilians – and now surfers.

“It’s so healing on so many levels, mentally, emotionally, spiritually, this is the healthiest lifestyle I’ve ever lives.”