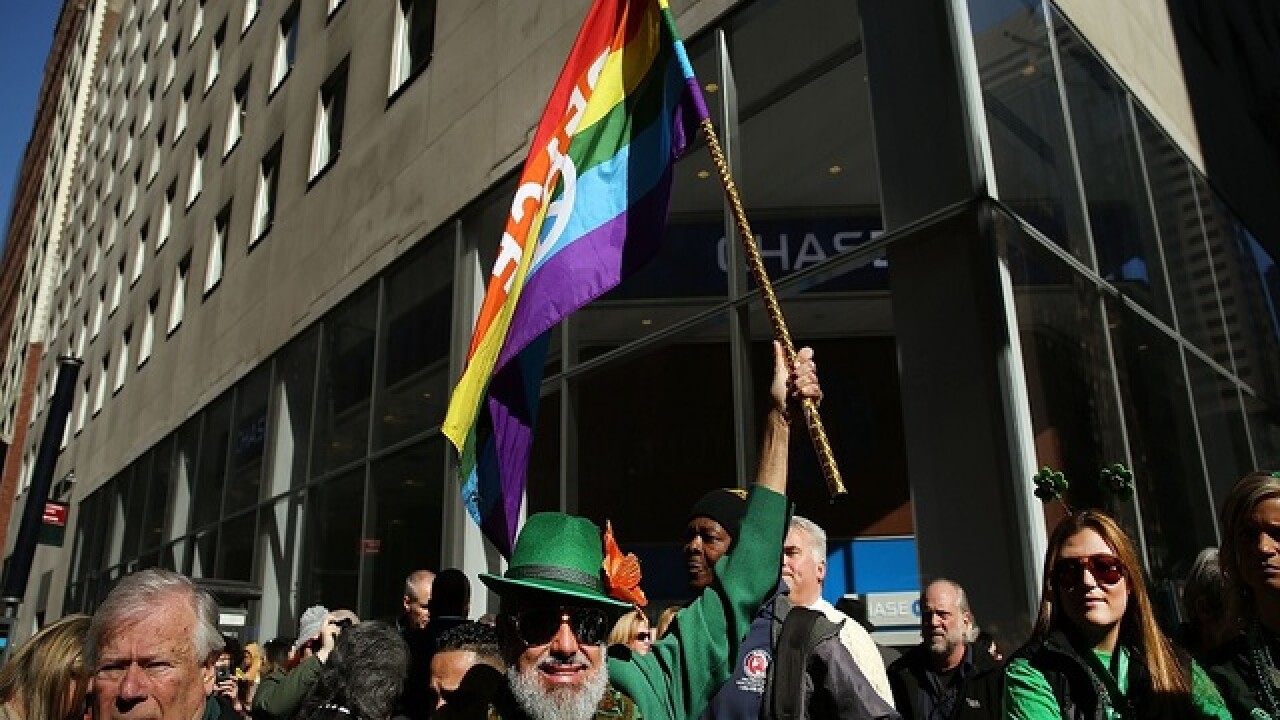 Ending a quarter-century long ban, openly gay and lesbian groups were permitted to march this year in the New York City St. Patrick's Day parade – and they took advantage of it.
With nearly 200,000 marchers swarming Manhattan’s Fifth Avenue, and millions of spectators lining the street, Thursday’s event marked a historic one.
While gay people were permitted to march in previous years, they were banned from carrying signs or buttons celebrating their sexual identities – a rule organizers said existed to keep the focus on honoring Irish heritage.
"I never thought I'd see the day when I could march up Fifth Avenue in the St. Patrick's Day Parade with my husband," said Brendan Fay, chairman of the Lavender and Green Alliance, according to NBC New York. "When we started in 1991, after getting arrested so many times for protesting the parade, wow, what a moment this is."
"Today everyone is celebrating together," said Mayor Bill de Blasio, who marched with the Lavendar and Green Alliance. "The city is at peace and unified."
It was de Blasio’s first time participating in the festivities as a mayor. Gov. Cuomo and the entire New York City Council also joined in the parade, which was broadcast live in Ireland and the United Kingdom.
Scripps Only Content 2016