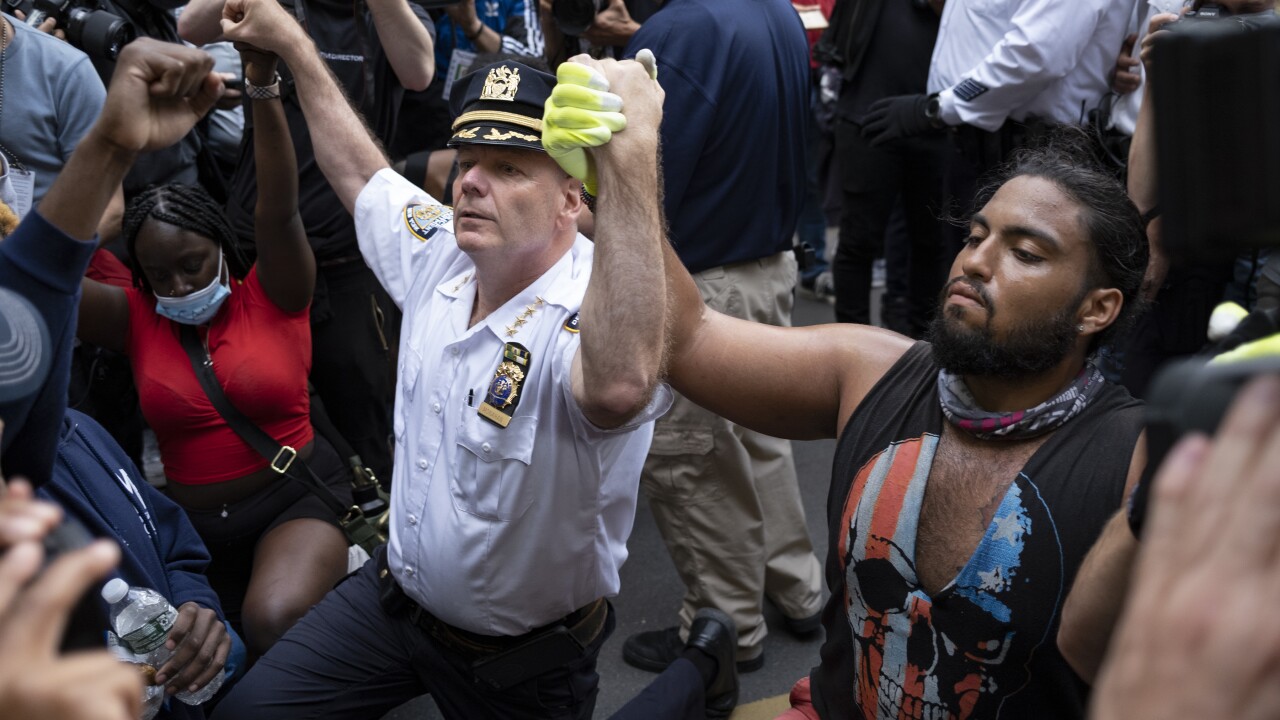 Copyright The Associated Press 2020
Craig Ruttle/AP
Chief of Department of the New York City Police, Terence Monahan, takes a knee with activists as protesters paused while walking in New York, Monday, June 1, 2020. Demonstrators took to the streets of New York to protest the death of George Floyd, who died May 25 after he was pinned at the neck by a Minneapolis police officer. (AP Photo/Craig Ruttle) 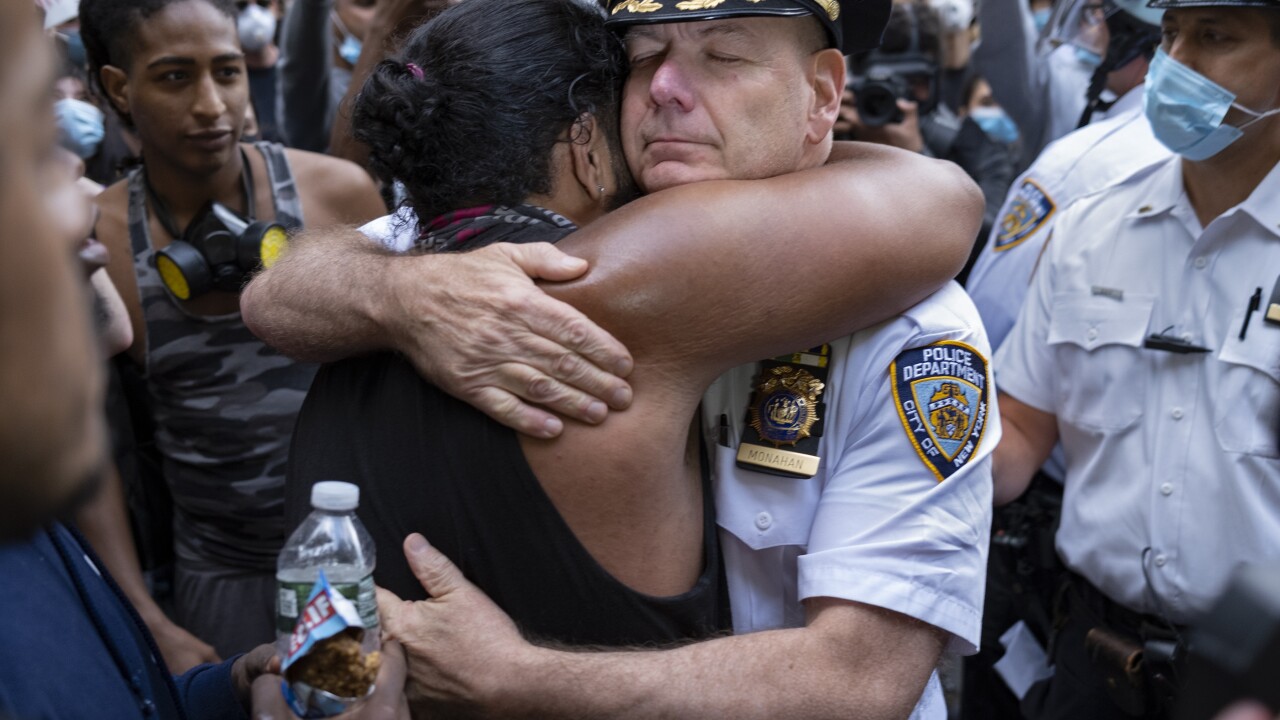 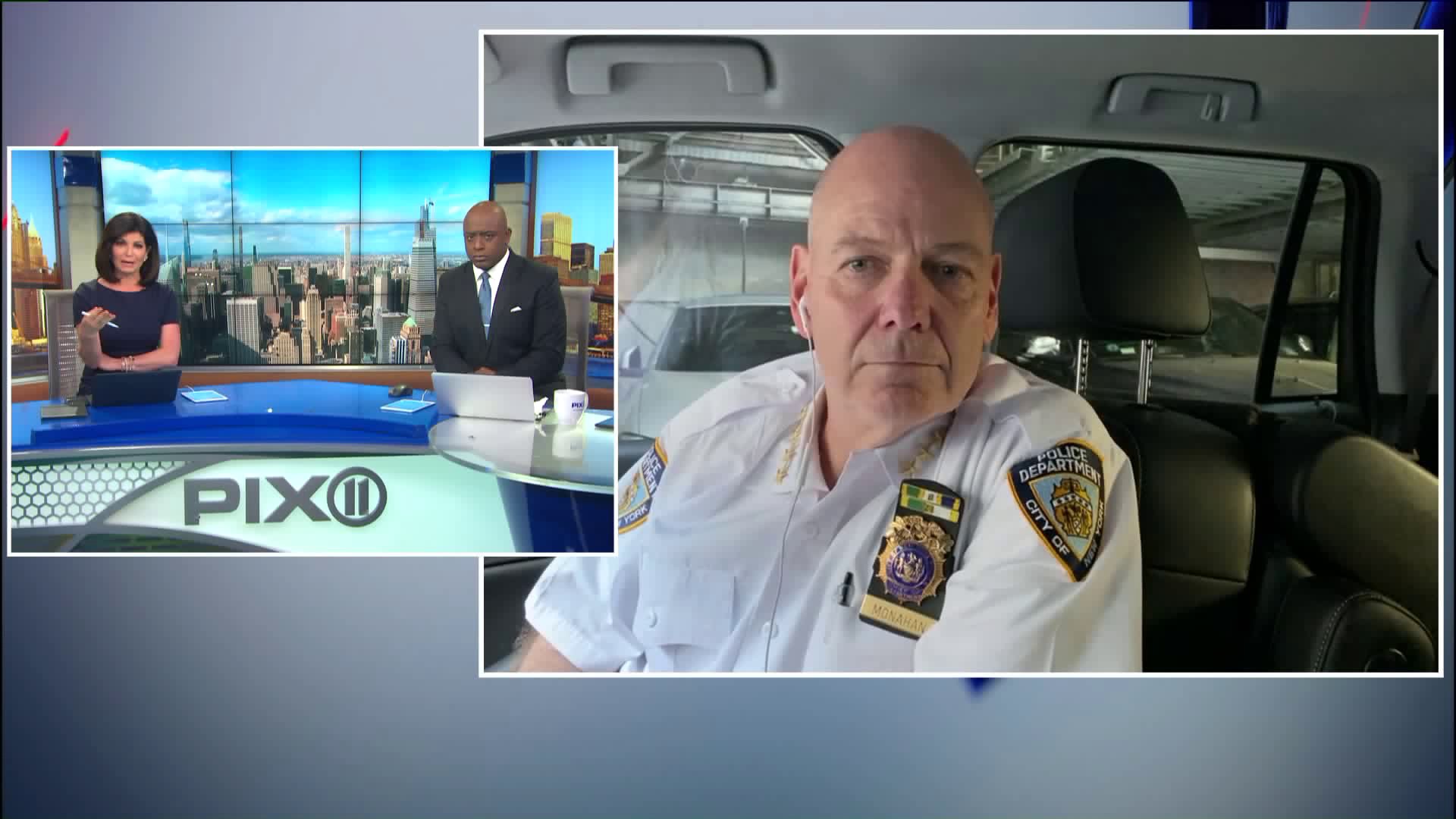 Chief of Department Terence Monahan was out with police on the fifth night of protests in New York City.

Mayor Bill de Blasio, who praised officers taking a knee on Sunday, also gave a shout out to Monahan.

"We’re lucky to have people like Chief Monahan wearing the uniform," de Blasio tweeted." "He believes in Neighborhood Policing with all his heart."

Demonstrators have demanded justice for George Floyd, who died after he was pinned at the neck by an officer in Minneapolis.

Several officers took a knee with protesters during Sunday's protest.

Video showed officers kneel in Queens, in Times Square and in Foley Square.

After seeing the Queens video, de Blasio said it's easy to miss moments like these.

"It’s easy to think nothing can change. But step by step change is happening," he tweeted. "This is what happens when police and community see each other’s humanity."

Before kneeling with protesters, which was followed by applause and cheers from the crowd, Monahan called for an end to demonstrations, namely violence.

"We all know Minnesota was wrong," he said. "There's not a police officer over here that thinks [what happened in] Minnesota was right. We stand with you on that. But this is our city."

He condemned outsiders coming to New York to antagonize violence, and said New Yorkers should not accept these people coming into "your city" to cause chaos and damage.

"We cannot be fighting. We have to live here, this is our home," he said.

This article was written by Aliza Chasan for WPIX.