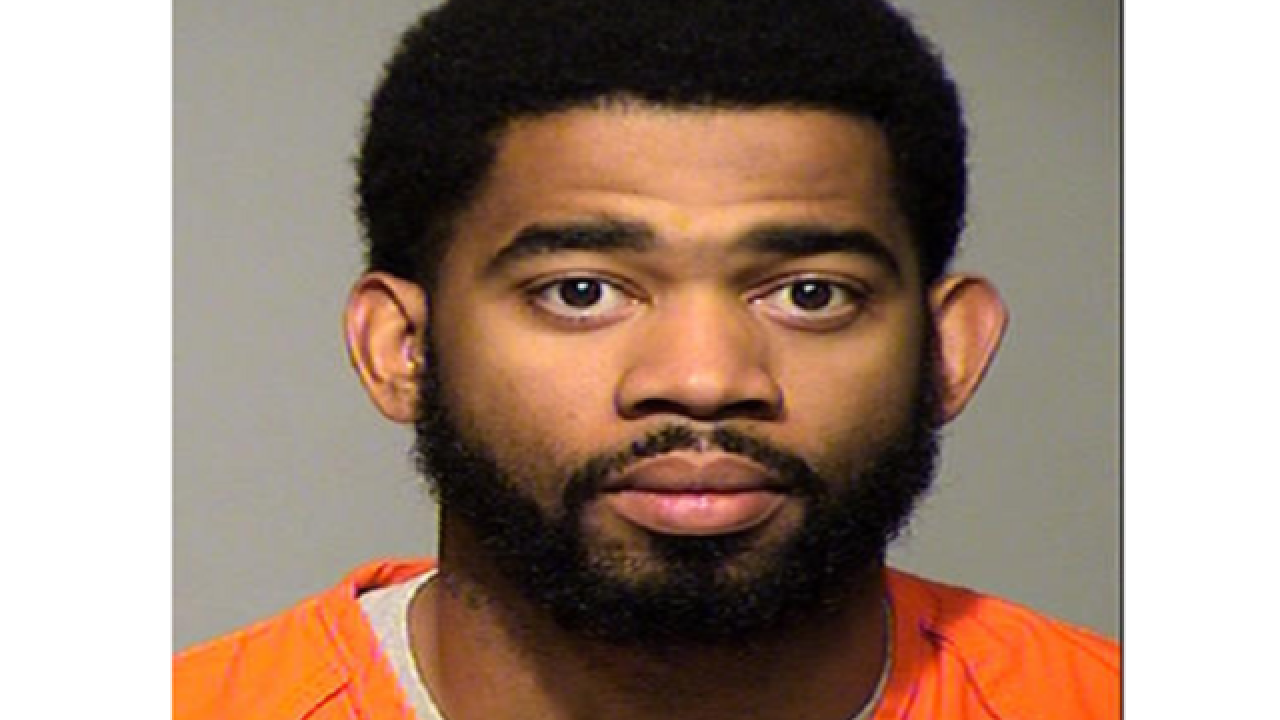 By: Associated Press
Posted at 1:51 AM, Nov 01, 2016
MILWAUKEE (AP) — An officer whose fatal shooting of a black man sparked violence in Milwaukee lost his job Monday, after he had been charged with sexual assault in an unrelated case.
Officer Dominique Heaggan-Brown was terminated as a result of the department's internal investigation into the sexual assault charges, according to a statement from Milwaukee Police Chief Edward Flynn. Heaggan-Brown was ordered last week to stand trial on the charges in Milwaukee County Circuit Court.
Heaggan-Brown fatally shot 23-year-old Sylville Smith last August on Milwaukee's north side, which sparked a weekend of violence in the Sherman Park neighborhood not far from where Smith was killed.
The 24-year-old officer is accused of sexually assaulting two men and soliciting sex from two others. One of the men told police he watched news coverage of the August violence while at a bar with Heaggan-Brown a day after the officer fatally shot Smith. The man also alleged Heaggan-Brown bragged about being able to do whatever he wanted without repercussions.
Flynn said Heaggan-Brown was fired because he was found to be in violation of the department's code of conduct, which in part said "whether on or off duty, department members shall not behave in such a way that a reasonable person would expect that discredit could be brought upon the department, or that it would create the appearance of impropriety or corruptive behavior."
Heaggan-Brown remained jailed on $100,000 bond and was expected to be arraigned in court Friday. His attorney, Michael Steinle, did not immediately return a call for comment on the termination.
Flynn has said that Smith was fleeing from a traffic stop and that he was shot as he turned toward the officer with a gun in his hand. Police said he ignored orders to drop the gun, and the officer opened fire.
Flynn has said that footage from Heaggan-Brown's body camera confirmed that account.
A few hours after the shooting, violence erupted on the city's largely black north side, with protesters hurling rocks and bricks at police and burning six businesses. More than 30 people were arrested during the unrest and multiple officers were hurt. One man was shot, but his wounds were not life-threatening. Flynn said no officers fired a shot.
The Milwaukee violence followed similar unrest in cities from Ferguson, Missouri to Baltimore in response to the deaths of black men at the hands of police. The police involved killings sparked the nationwide Black Lives Matter movement calling for major changes in how police deal with minority communities.
The Wisconsin Department of Justice investigated Smith's death and has turned the case over to Milwaukee County District Attorney John Chisholm to determine if Heaggan-Brown should be charged.
Copyright 2016 The Associated Press. All rights reserved. This material may not be published, broadcast, rewritten or redistributed.