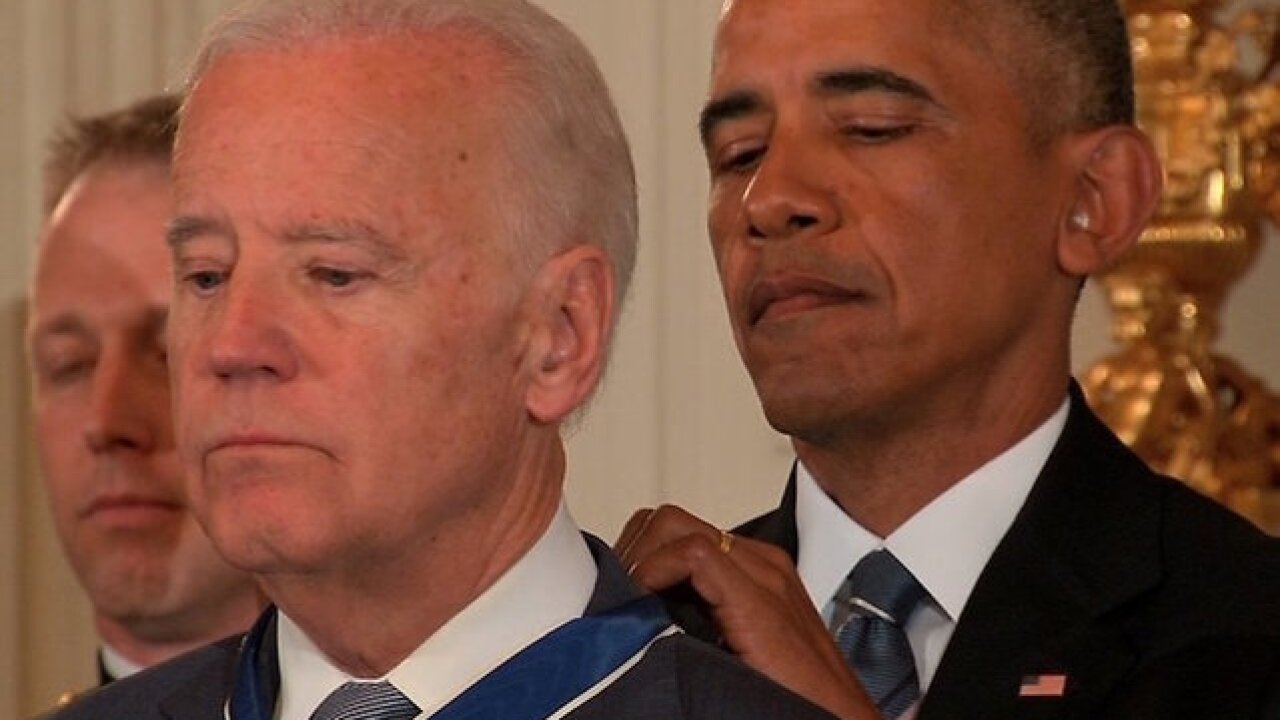 Copyright 2017 Scripps Media, Inc. All rights reserved. This material may not be published, broadcast, rewritten, or redistributed.
Pool
<p>President Barack Obama surprises Vice President Joe Biden with a special send-off. In a White House ceremony honoring his Vice President, President Obama surprised an emotional Joe Biden by presenting him with the Presidential Medal of Freedom on January 12, 2017.</p>

"For your faith in your fellow Americans, for your love of country and for your lifetime of service that will endure through the generations, I'd like to ask the military aide to join us on stage," Obama said in the ceremony. "For my final time as President, I am pleased to award our nation's highest civilian honor, the Presidential Medal of Freedom."

Biden, who appeared extremely emotional during the tribute and was seen tearing up, accepted the award but said he did not deserve it.

"This honor is not only well beyond what I deserve, but it's a reflection of the extent and generosity of your spirit," Biden said. "I don't deserve this but I know it came from the President's heart."

Before surprising Biden with the award, Obama gave lengthy and colorful remarks praising Biden, his wife Dr. Jill Biden and his children and grandchildren.

"This is the kind of family that built this country," Obama said. "That's why my family is honored to call ourselves honorary Bidens."

Obama noted that while their term is almost over the two will be "forever binded as a family,"

"If you can't admire Joe Biden as a person you've got a problem," Obama said quoting a Republican senator. "He's as good a man as god ever created."

Biden, who was shocked by the entire gathering, said he had no "inkling" it was going to happen. The Vice President said he thought he was coming to toast senior staff with the first lady and his wife Jill Biden.