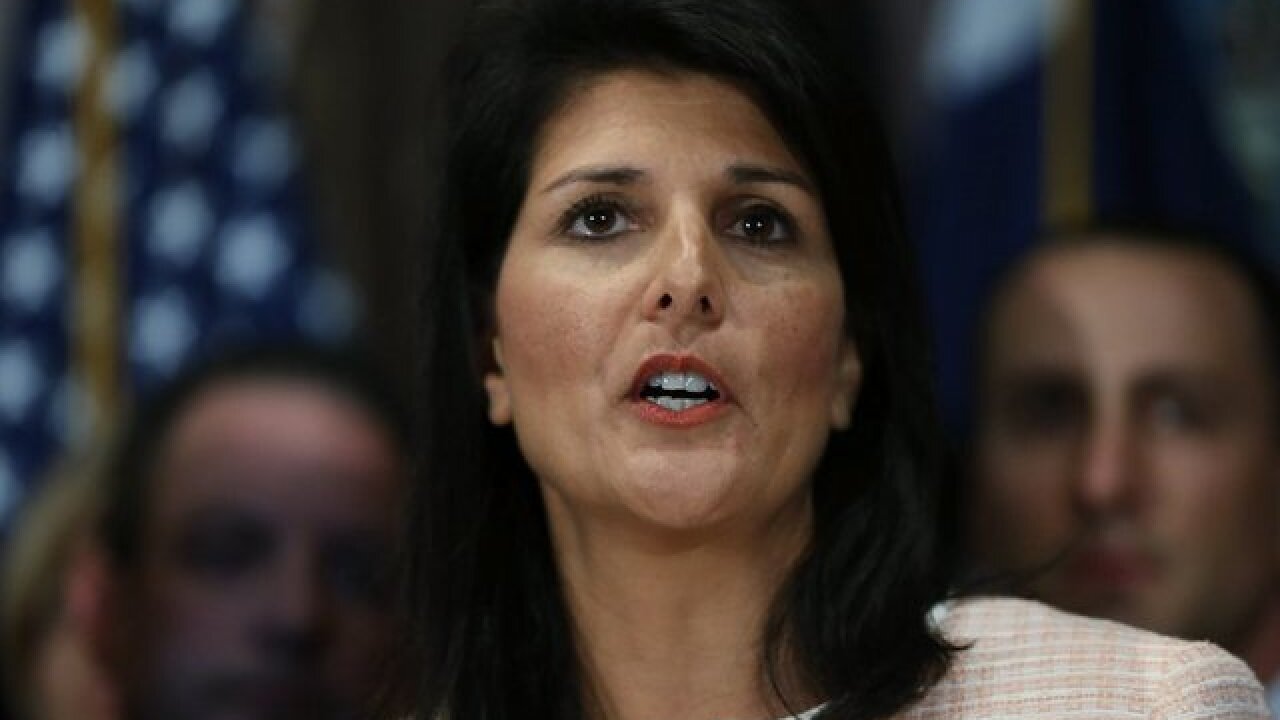 US Ambassador to the United Nations Nikki Haley said Sunday that as a general principle, people should avoid blaming or second-guessing sexual harassment accusers.

"The message I'm comfortable with is that accusers go through a lot of trauma and some handle it one way and some handle it the other way," Haley told CNN's "State of the Union" anchor Jake Tapper. "Regardless, you never -- it's not something that we want to do, to blame the accuser or to try and second guess the accuser. We don't know the situation she was going through 35 years ago. We don't know the circumstances."

In a series of tweets Friday morning, Trump threw into question the validity of Ford's accusation in the most direct way since the allegations against Kavanaugh came to light and said his Supreme Court nominee is "under assault by radical left wing politicians."

"I have no doubt that, if the attack on Dr. Ford was as bad as she says, charges would have been immediately filed with local Law Enforcement Authorities by either her or her loving parents," Trump tweeted. "I ask that she bring those filings forward so that we can learn date, time, and place."

Kavanaugh has repeatedly denied the allegation.

Haley, who is preparing for the UN General Assembly meeting later this week, said Washington will get its answers to questions about the alleged assault this week when both Ford and Kavanaugh are tentatively scheduled to speak before Congress regarding the alleged incident.

"We don't know what the truth is, (what happened) 35 years ago," she said. "But we'll find out, and I think that's the best thing we can do, is hear from both sides and then take it from there."